Simon Clarke argues that deciding when to die is a matter of individuality.

People in liberal democracies have various restrictions on their freedom – there are laws against defamation and breaking contracts, for example. But we also have a large degree of freedom compared with people in other societies. Some restrictions of freedom – such as laws against murder and assault – seem reasonable, while others may not. How much individual liberty should people have? Is there a general principle for how freedom should and should not be restricted?

John Stuart Mill (1806-1873) had such a principle. His Liberty Principle states that people should be free from restrictions as long as they are not harming others. (Please note that for Mill, and for this article, freedom means no restrictions or coercion from society.) As Mill put it, “The only purpose for which power can be rightfully exercised over any member of a civilised community, against his will, is to prevent harm to others” (John Stuart Mill, On Liberty, 1859, ch.1). Some major practical implications of the Liberty Principle are that people should have freedom of thought and speech, freedom of tastes and pursuits, and freedom of association, so long as we don’t harm others.

Why should we accept this principle? Sometimes liberty is thought of as a fundamental value, intrinsically good for its own sake, for which no further justification need, or could, be given. Mill, however, provides various arguments for the principle, such as the general benefits accorded to society when people are free. Mill’s main justification, however, is that liberty is good for the person who has it. A person is better off when free. The argument is outlined below, followed by an application of it to a particular issue of individual freedom – voluntary euthanasia. 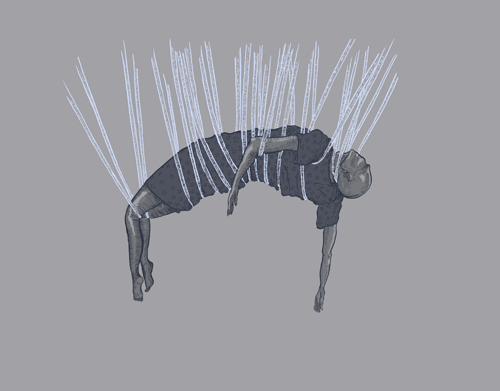 The Importance of Individuality

Mill’s godfather, the utilitarian philosopher Jeremy Bentham, said that what is beneficial for people (their utility) is pleasure and the absence of pain. Mill thought this was too subjective a conception of the good life. We don’t just want a life that feels good, we want one that actually is good. An objectively good life, on Mill’s (Aristotelian) view, is one where a person has reached her potential, realizing the powers and abilities she possesses. According to Mill, the chief essential requirement for personal well-being is the development of individuality. By this he meant the development of a person’s unique powers, abilities, and talents, to their fullest potential. Individuality is achieved by critically reflecting upon life’s options, choosing that which most suits one’s talents and capacities, and actively pursuing those activities. It is to be contrasted with passively accepting whatever lifestyle one drifts into, or unreflectively imitating others. An occupation that develops your unique talents is usually better for you than one consisting of mundane and repetitive tasks, for instance.

It is important to note that Mill is not against custom and tradition. He does not say that people must resist their culture to work out their own way of life. In his view, what is important is how one engages with one’s culture and its traditions. Passively following in your parents’ footsteps would be a way of life that lacks individuality on Mill’s view. But if a person critically chooses their father’s occupation (say) as the available option that best suits their abilities and temperament, then that would meet Mill’s standards for the free development of individuality.

A common objection to this step of Mill’s justification is that in some circumstances extensive personal freedom is not conducive to the development of individuality. For instance, people might sometimes lack the motivation to develop their abilities, or be poor judges of what activities will help them to do so. In response, Mill maintains that people are usually the best judges of their own interests. People may not be perfect at making these judgements, and will sometimes make mistakes. Occasionally, others might be in a better position to see that mistakes are being made. But on the whole, individuals are more likely to be better judges in their own case than others are. They are generally also the people most motivated to find the things in life that best suit them. Others may be genuinely concerned with my welfare; but they’re not as concerned as I am. Since I am the one who cares most about what happens to me, it is best to let me decide what I want to do about it. Because of these considerations, as a general policy, the Liberty Principle – the maximisation of the individual’s freedom to choose their own lifestyle – is the best way of bringing about individuality. As Mill wrote, “Liberty is the only unfailing and permanent source of improvement.”

This is Mill’s main argument, and despite more than a hundred and fifty years of discussion and criticism, it still stands as a convincing case for individual liberty: the highest value of freedom lies in its being necessary for people to lead objectively worthwhile lives. Mill’s argument presents freedom as a universal value rather than a culturally relative one. Every person, no matter his or her culture or society, should enjoy individual freedom.

Freedom is not the only thing needed for realizing individuality. Mill also thought that people had to have vigour and other appropriate personal qualities, which can be instilled by appropriate upbringing. Society also needs to offer a variety of situations, so people could choose something suited to them. However, people must also have individual freedom. Excepting children and the insane, for whom intervention for their own good is permissible, people should be free to make their own choices in life, so long as they do not harm others. (Freedom for the sake of individuality does not allow the harming of others, because that would damage the individuality of others.) 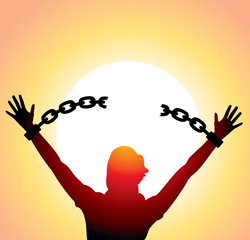 In most countries (exceptions include the Netherlands and Belgium), people with terminal illness are not free to end their own lives even when they face a long, drawn-out, painful death, because it is against the law for doctors or family members to assist them to die. According to the Liberty Principle, however, so long as the person is a mentally competent adult and his family or doctor are willing to help him, then no one else is harmed, and so an individual should be free to make that choice.

On the face of it, it is not clear how having such a freedom would help people develop their individuality. How does ending one’s life promote the realisation of one’s talents and abilities? Once we appreciate the deeper meaning of individuality, however, the connection becomes clearer.

We’ve seen that on Mill’s view, leading an objectively worthwhile life consists in attempting to live up to one’s potential regarding one’s unique set of capacities. Yet a person may have reached a point in her life when no higher self-realisation is possible. In fact rather than merely fail to add to her achievement of individuality, continuing to live an increasingly incapacitated life may even detract from it. Having already reached her fullest potential, a much-diminished continued existence may significantly undermine it. To prevent this happening, a person must have the freedom to choose the timing and manner of her death.

Consider again the two reasons Mill gives for why free choice is necessary for individuality: that people are the best judges of which activities are conducive to their own self-development; and that they are the most motivated to ensure they live the best lives they can. These reasons are just as true for euthanasia decisions as for decisions in general. At the end of a life during which a person has developed his talents and capacities, it is that person who is in the best position of being able to judge whether further self-development is possible or if his individuality has reached its fullest potential. Moreover, others may be concerned about how long I live, but I am the one who is most motivated to make sure I live the ideal length of life – and I may judge that that is not the longest possible life.

So freedom is instrumentally necessary for individuality regarding the matter of life’s ending too. We may worry that people in these situations may have hampered decision-making capacities, but that is a reason for caution rather than complete restriction. The person who is terminally ill is still often the one most likely to judge accurately the meaning and purpose of her present life – more accurately than others who could choose for her. By reflecting on that meaning and purpose, under certain conditions a terminally ill person may reasonably decide that her life is no longer worth living.

Simon Clarke is Associate Professor at the American University of Armenia. He is the author of Foundations of Freedom: Welfare-Based Arguments Against Paternalism (Routledge, 2012).

Happiness, Death & the Remainder of Life

A Political Philosophy: Arguments for Conservatism by Roger Scruton