Anja Steinbauer on who can make fun of what, when and how.

“I am thankful for laughter, except when milk comes out of my nose,” muses Woody Allen. And he is right: Laughter is something to be grateful for. Why? Well, mainly because there isn’t all that much of it around: Gelotology, the study of laughter, confronts us with some depressing conclusions. Children laugh about 300 times a day, adults only 17 times. Seventy years ago people laughed three times longer every day than we do today. Nevertheless, our ability to laugh is inextricably linked to our humanity, and this makes it instantly interesting to a philosopher.

But what can philosophy add to a study of humour? Isn’t a philosophical approach entirely inappropriate? Isn’t analysis the grave of fun, definition the coffin of wit? And yet, philosophy and humour share a lot in common, and some philosophers, though admittedly by no stretch of the imagination a majority, thought of humour as a value essential and central to human life. 5th Century B.C. Greek philosopher Democritus was known as the ‘laughing philosopher’ because he thought of cheerfulness as a prime value. In China, the Daoists are famous for “laughing at the Dao”, i.e. spontaneously bursting into laughter when contemplating the true nature of things, an attitude resonating with Einstein’s intuition that “Whoever undertakes to set himself up as a judge of Truth and Knowledge is shipwrecked by the laughter of the gods.” In philosophical aesthetics it has been associated with the sublime, the aesthetic experience which yields pleasure due to the impossibility of making sense of it. However, in the following I would like to turn to another area of philosophical enquiry about humour: ethics. 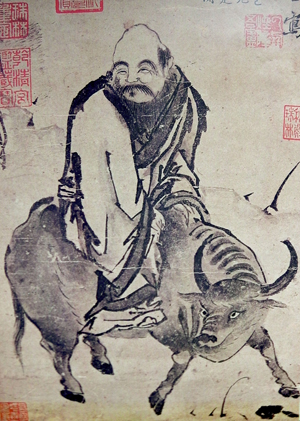 At first glance it seems that there is little work for ethicists to do. It is great to laugh: Humour can help you deal with the often inevitable awfulness of life. Freud talks about the delinquent who remarks, on hearing that he will be executed on Monday, “Now that’s a really great start to the week!” A historical example of such humour occurs when Persian king Xerxes declares that the Spartans will all die if they oppose him in battle, warning that the many Persian arrows will “blot out the sun.” Spartan king Leonidas retorts: “Then we will fight in the shade.” Nice way of dealing with a bully, full marks for that to Leonidas, who, of course, still lost the battle. Humour can also help defuse a tense situation, give relief to the unhappy or depressed, serve as a means of connecting people, or simply provide pleasure. There are even physical advantages to laughter and humour, as empirical studies attest, such as better chances of getting well when ill, boosting your body’s immune response, and increased longevity. It can even replace the gym: William Fry at Stanford discovered more than thirty years ago that twenty seconds of laughter correspond to three minutes of rowing or jogging, exercising several hundred muscles at the same time.

But what do we laugh about? We sometimes laugh at the trivial and insignificant. Jerry Seinfeld has a series of jokes that explore cotton balls and their mystifying function in women’s lives. Some of the greatest comedians tell us that to be funny is ultimately an exercise in self-exploration or exploration of one’s situation and in coming to terms with what one finds in the process. However, rather than being a sincere tool for self-exploration, humour can also do just the opposite; it can attack. Often we enjoy poking fun at others, at their behaviour, their appearance, their identity or their most cherished beliefs. And this is where it gets really exciting for a moral philosopher.

Seeing someone slip on the famous banana skin or getting the proverbial pie in the face are examples that immediately come to mind. There seems to be nothing wrong with finding these funny. But what if we make fun of people’s vulnerabilities, exposing their weaknesses or if we dress up serious criticism in the t-shirt of a joke? Is it acceptable to make fun of people’s looks, religion, gender, ethnicity or social standing? Who can make fun of what, when and how? Can humour ever be bad?

The very definition of humour has been associated with a moral issue. Next to Immanuel Kant’s incongruity theory, the idea that things are funny when something doesn’t quite fit, and Freud’s relief theory, stating that humour is a release of tension mechanism, the so-called superiority theory is prominent among explanations of humour. In fact, it has been so prominent that it has been championed by philosophical heavyweights such as Plato, Aristotle, Hobbes and Bergson. Thomas Hobbes’ formulation of the superiority theory is this: “Laughter is nothing else but sudden glory arising from some sudden conception of some eminency in ourselves, by comparison with the infirmity of others, or with our own, formerly.” If he is right, humour becomes a tool for making ourselves feel better by thinking of others or our own past selves as inferior. So if Ted is a terrible golfer he can overcome the pain of this truth by making fun of Fred who is an even worse golfer. Or if Sonia has given up smoking she might particularly value jokes about smokers. Who cares, you might say? If she finds it funny how these poor addicted individuals (of whom she used to be one) fume themselves into ill health, it may be fair enough. Firstly she has given up smoking and deserves to feel good about this, perhaps even rightly superior to those who haven’t managed to take this step yet. Secondly, it might even motivate others to double their efforts to give up. And thirdly, anyway, it’s just a bit of fun, right? Well, maybe not.

Plato believes this kind of humour to be damaging: “Taken generally the ridiculous is a certain kind of evil, specifically a vice.” It counts as a vice because it is symptomatic of a lack of critical self-awareness as we ridicule others. Humour with its attractive ease invites us to feel better about ourselves than sober reality would allow. 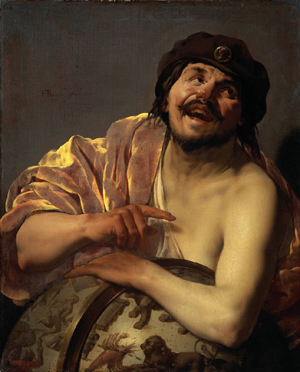 Let’s think about different applications of the hierarchical humour in which the superiority theory is interested. Often we make jokes at those who are in control of an aspect of our lives, such as the tax authorities or politicians. Or lawyers. Here is a stereotypical lawyer joke:

Q: What’s the difference between a jellyfish and a lawyer?

A: One’s a spineless, poisonous blob. The other is a form of sea life.

This joke makes clear how lawyer jokes are based on a resentment of their success:

So, in a way, having people make jokes about you might indicate that you’re successful; you’ve arrived. It’s perhaps for this reason that there are relatively few jokes about philosophers. By contrast, jokes about politicians and others in positions of power and influence abound, possibly a token of trying to alleviate our sense of powerlessness. Though jokes and satires can be tools of protest, they are often ways of coming to terms with existing power structures and even oppression. They can be symptomatic of resentment.

Q: What’s the difference between a female lawyer and a pitbull?

Q: Why do women have legs?

A: So they can get from the bedroom to the kitchen!

A: They just wouldn’t fucking listen!

Funny? No. The question is: where does the fun end? The ethics of humour are extremely complex. They range from questions about the freedom of speech to the moral difference between different agents making the same joke. This last joke would acquire a totally different meaning if a female victim of domestic violence told it.

I would suggest that the two most serious problems with hierarchical jokes are these: Firstly, as Plato says, the aesthetic form of a joke form is just so attractive and appealing that we may not pay enough critical attention to the moral content. Secondly, far from having a dialogue function, jokes can be conversation stoppers. As Theodor Adorno says: “He who has laughter on his side has no need of proof.” In other words, humour is, next to its wonderful properties, also a great potential tool for manipulation. Dress them up as a joke and you can get away with outrageous statements. Furthermore, there is no comeback: If you can’t laugh about a sexist or racist joke in company of people who can, there is nothing that you can say. Why not? Because the answer will be: “Come on, it’s just a joke.” Nobody wants to be accused of not having a sense of humour, which is tantamount to social death. Humour can thus be very serious but it pretends not to be. Powerful stuff.

A contemporary proponent of the superiority theory, Roger Scruton, analyses such jokes as an ‘attentive demolition’ of a person or something connected with a person. “If people dislike being laughed at,” Scruton says, “it is surely because laughter devalues its object in the subject’s eyes”.

I love humour; in fact, I think if I hadn’t become a philosopher I might have tried to become a stand-up comedian. But I think we’re seriously deceiving ourselves if we think it is all just harmless triviality. Humour deserves to be taken seriously.

Anja Steinbauer teaches at the London School of Philosophy and is an Editor for Philosophy Now.

Why did the chicken cross the road?