In ‘Deconstructing Faculty Doors’ (Academe 92:1, 2006), Karl Petruso, an archaeologist, recounted his study of clippings posted on the office doors of academics at the University of Texas. In particular, his research focused on the number of the ‘humorous’ compared with ‘pedagogical’ (educational) posts on the doors. Petruso examined 157 faculty doors and approximately 369 postings. He calculated a ‘Humor/Pedagogy Index’ Ψ (the ratio of humorous/pedagogical items) for twelve departments. The highest Ψ in Petruso’s study was achieved by the ‘Philosophy and Humanities’ department: 3.857 – nearly four times as many humorous as pedagogical items. The middle levels were seized by ‘Modern Languages’ and ‘History’, for which humor and pedagogy broke roughly even, with Ψs of 0.950 and 0.903. ‘English’ registered a dour 0.467. The ‘Communication Studies’ department landed on the bottom. Despite being composed of twelve faculty members (versus six in Philosophy), it posted nothing that could be deemed either humorous or pedagogical. The Communication Studies Ψ was 0/0.

This research has obvious weaknesses. The Communication profs didn’t display literally nothing; rather they posted nothing humorous or pedagogical. Petruso did not count, in his survey, the genre ‘political commentary’ (aren’t these, on Political Science doors, inevitably pedagogical?), works of art (highbrow, lowbrow), office-hour signs, and course announcements. Counting these other genres and using a different formula, HQ (‘humor quotient’) = Humor/All Announcements, would provide a more meaningful measure of the humor of professors’ doors.

Surprisingly, Petruso’s methodology forbade counting a single item as both funny and pedagogical. His classifications similarly prevent a work of art from being either humorous or pedagogical. One faculty door he mentions displayed 47 “cartoons and… nothing of a seriously pedagogical nature” – which seems to wrongly declare that cartoons – a media form definable independently of its content – cannot be pedagogical. This blunder saturates the study; all Ψ values are infected. Posts can be both humorous and pedagogical if they teach us something and we laugh along the way. Many art works (by Magritte, for example) are humorous, pedagogical, and political; I’d enjoy seeing ‘This Is Not My Office’ on a Communication door. Petruso should have counted these items. 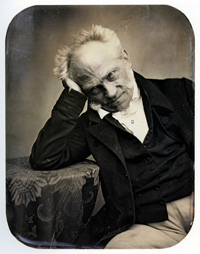 The problem is not only that what’s humorous may in addition be pedagogical, and vice versa. The deeper problem is that we are not told how to identify items as humorous. I planned to do my own study to replicate Petruso’s findings, but I failed because I bumped into an insurmountable obstacle, as a result almost going both crackers and bananas: What tests should I employ to divide humorous from pedagogical posts (or from political commentary, or works of art)? Of course, were I to conduct my research high on Denver Diamond, a straightforward, solemn post may make me ROFL (‘Roll On the Floor Laughing’) or even LMAO (!). Seriously, the point is that Petruso has not supplied directions for the identification of humor. Hence Petruso’s study belongs in the Journal of Irreproducible Results.

My own results are equally worthless. I am a member of a joint English-Philosophy department (don’t ask), so I decided to study only this department, and to compare Petruso’s Ψ = 0.467 for English and 3.857 for Philosophy with local figures. Aptly nonchalant – using the whistling routine, eyes upward, hands held behind my back, swaying (Elmer Fudd and the Stooges do it well) – I made the rounds in the maze of faculty hallways, examining nine Philosophy and twenty English doors, which were adorned with a total of 153 posts. Calculating Petruso’s Ψ, I found a similar figure for philosophy – 3.75 – but a much higher figure than his for English: Ψ = 5.8. Then employing my own improved humor quotient formula, in which the number of humorous posts is divided by the number of all posts, I calculated 27.3% for Philosophy and 29.6% for English – no difference. How did I decide that a posting was humorous? My ultimate criterion was “this post is humorous if, and only if, it caused me to laugh or chuckle.” That, however, might be the mark not of humor per se, but of good humor, or (even worse) humorous-for-Soble. No joke. What counts as humor may be subjective.

Despite these empirical studies, the popular impression is that philosophers have no sense of humor, due to dealing vocationally with ominous matters like Being, Consciousness, and the Purpose of Life. There’s no doubt that the brilliantly convoluted prose of John Stuart Mill, as dry an intelligence as has ever existed, is humorless. It will be a fabulous archaeological day when a student unearths a (good) joke in Mill’s corpus. Philosophers, certainly, can be funny for other philosophers (see consc.net/phil-humor.html). “What is Mind? No Matter. What is Body? Never Mind.” For philosophers and Big Bang characters, that joke is hilariously humorous; for normal folk, it’s boringly pedantic. Nevertheless, I recommend Peter Heath’s entry on ‘Nothing’ in Paul Edwards’ Encyclopedia of Philosophy (1967). I wish I had written this marvelous piece; envy does not preclude laughter. Some philosophers have tried to be funny and have succeeded by following Aristotle’s advice, “Know Thy Audience,” not Plato’s “Know Thyself.” In the celebrated writings of Augustine, Søren Kierkegaard, Arthur Schopenhauer, Karl Marx, Ludwig Wittgenstein, Bertrand Russell, and George Boolos, gems of genuine wit can be found alongside nuggets of wisdom (or nuggets of drivel – it’s sometimes hard to tell the difference), and often the wisdom and humor are inextricably intertwined.

When speaking of humor, I mean things that elicit laughter with but also things that elicit laughter at. Those whom we mock (e.g., pedants, dorks) are not necessarily humorous ‘in their own right’. Laughing with cruel glee at Shaq O’Neal, a Chaplinesque galumphing fool, as he trips and falls, is not reacting to an ‘inherently’ humorous scene. Rather, the laugher’s personality makes her prone to snicker at another person’s distress. I admit to snorting heartily when Boston shattered its record for continual snowfall. If you just now laughed too, was it with me or at Bostonians? But what does humorous ‘in its own right’ or ‘inherently’ humorous, mean? The answer is, probably nothing – which explains why bad things happen to good jokes.

Here’s an illustration. A student’s essay for my Philosophical Rhetoric course is a gratifyingly competent exposure of illogical sentences stuffed with amphibolies and sarcasm. I write across the top, next to a capital A: “Excellent!” Another essay is mediocre, exhibiting little understanding of the subtleties of rhetoric. I still write across the top, next to a C: “Excellent!” My reason is that I know that this struggling student worked hard for this grade, which happily prevented him from failing the course – an occasion for cheers. Context is king. Another student’s essay is also mediocre, not because he struggled yet wasn’t up to the task cerebrally, but because he didn’t study. His essay is mechanical, lazy, and messy, yet across the top I write, after a C: “Excellent! Love It!” This student is one of those pain-in-the-ass kids who can’t keep his mouth shut in class, believing he has the right to pre-empt the contributions of all the other students, selfishly ignoring them, clearly imagining that the course was designed to be a back-and-forth discussion of every single issue between us. He doesn’t, as a result, perceive the sarcasm – thereby proving the C is warranted; but undergoing Festinger’s cognitive dissonance, he might wonder why his essay is ‘Excellent!’ yet marked C. Perhaps he enters Kübler-Ross’s denial, assured that I committed a typo and his grade should be A. Context is king, the amphiboly deliberate.

However, if context is king and ‘inherently humorous’ is meaningless, humor could succumb to a noxious nihilistic subjectivism, in which jokes lack any firm foundation. “Oral-genital sex definitely limits the amount of loving verbal communication the husband and wife can have as they make love” may provoke giggles, but it was uttered seriously as a religious objection to oral sex by an evangelical pastor (see my Sexual Investigations, p.280 n3). A proudly pious parishioner in the audience might have had to stifle a grin. But who am I to judge?

Were there a joke that would evoke laughter from anyone, in any context, in any culture, using any language, due to deep, shared human nature – call it the Universal (or Primal) Joke – we could avoid humor nihilism, by a hair. Maybe slapstick – the fool falling down the stairs, off the ladder, or off the mountain, or into the river, the beef bouillon, or the lava, is the Universal Joke. This judgment, however, is inconsistent with a Heraclitean aphorism, “Nobody laughs at the same joke twice” – unless falling off a mountain is a distinct type of slapstick, sufficiently different from falling into lava, so that these two events do not generate the same joke. That makes sense (to me).

Scholarly arguments about the meanings of erotic or pornographic images raise similar questions about nihilism. Even a wimpy nihilism forces the concession that there is no such thing as absolutely woman-hating pornography but only: “Given the image’s raw material; given the recognized intentions of the creators; given the wishes, fears, and perceptions of the audience; and given the culture in which all this occurs – this image is usually, although not exclusively, interpreted as reporting, manifesting, and endorsing violence against women.” Given a few minor adjustments to the raw material, intentions, perceptions, and background culture, the image would apparently become virtually a slice of propaganda for free speech!

The ornithological James Lang (‘Office Doors of the North American Professor’, Chronicle of Higher Education, 06/07/2004), without an abundance of sarcasm, tells us about a “philosophy professor who once purchased advertising space in the campus newspaper to publish abstruse musings on the nature of being.” The professor also, understandably, “decorates his door with newspaper articles on… abstruse musings.” Sadly, Lang didn’t probe whether the musings were humorous, pedagogical, or plain daft.

Alan Soble teaches abstruse musings at Drexel University. His cubicle has no door.