Mary Gregg considers how our language influences us to think about knowledge.

I want to draw your attention to the way language shapes our interaction with knowledge. Since my goal is not to show what knowledge is but how it is perceived, ‘knowledge’ will be simply taken to mean knowledge of ideas and facts as well as of people and things. I will focus on the ‘possession vs relationship’ dynamics employed in language and its implications, and will use English and French to illustrate the point. First I will consider the use of possessive pronouns in each language, as each indicates a type of relationship to or with an idea. Then I will cover the role of types of knowledge, since each type demands a special treatment, and therefore understanding, of knowledge. In this way, I hope to illustrate how language shapes our concepts of knowledge. Finally, I will briefly discuss some of the philosophical implications.

In broad terms, the idea of possession indicates ownership of something, be that an idea, person, place, or object. Currently I am describing the idea of ownership through the filter of the English language. This language carries its own perspective on possession. Notice the way the last sentence was phrased: the language owns the perspective – implying that the perspective is the property of the owner, the English language. But consider the difference between the phrases her computer (English) and son ordinateur (French). Whereas English assigns the modification of the pronoun to the possessor’s gender (her computer), French assigns modification of the pronoun to the gender of the thing possessed (son ordinateur). In English, there is no gender distinction between nouns. In French, nouns are assigned a gender, and ordinateur is masculine. Therefore even female possessors of computers must modify their possessive pronoun to the masculine son. But these distinct uses of possessive pronouns suggest particular conclusions. Consider the implications of the sentence, ‘She broke her arm’. This English sentence seems to indicate that there is an entity distinct from the body that perceives itself as the she in possession of the arm that was broken. The French also separates the person from its broken body: “Elle s’est cassée le bras.” But further, the phrase gives the arm its own possession: it is the arm she has broken, not her arm. This element of language also dictates how we interact with knowledge, dictating whether the idea is to be taken as a fact to be obtained (mine/mon) or as an idea to be conversed with (the/le), by indicating whether a modification to the pronoun for the thing known is made for the sake of the idea or for the sake of the knower of the idea.

One’s role as either a possessor of or fellow conspirator with knowledge is determined by one’s mother tongue. For example, let us assume that Tim knows that two plus two is four, and that he also knows Bobby. In English there seems to be a distinction in the nature of the knowledge based on whether the ‘knows’ is applied to a thing (math) or a person (Bobby). This distinction is implied in each application but is not directly stated. But to know that two plus two is four indicates a knowledge of facts about mathematics. However, to know a person can imply either a superficial knowledge (I know that this man’s name is Bobby) or a deeper knowledge of the person’s character (I know that Bobby is a loyal friend). Tim is given two options regarding his interface with knowledge here: he can choose to know an entity through a sort of domination, by memorising a given set of data on it; or he can choose to know by entering into a conversation with it, requiring active critical thought and analysis – a knowledge requiring familiarity rather than rote memorization. English relies on contextual clues surrounding the use of the ‘knows’ to indicate the type of knowledge involved.

But whereas English merely implies the difference between the types of knowledge, French makes a textual, tangible distinction between the two, in the verbs savoir and connaître. Both verbs mean ‘to know’, but each has a very different application. Savoir indicates knowledge of a fact (Je sais que deux et deux sont quatre), while connaître indicates familiarity with a person, idea, or thing (Je connais Bobby). Here the difference between distinct knowledge of something versus a vaguer familiarity with something is made explicit by distinguishing between different ways of interacting with knowledge – memorizing versus familiarizing. In other words, the language determines whether knowledge is perceived as a fact to be obtained (know-how/savoir) or as an idea to be conversed with (familiarization/connaître), based on whether the knowledge involves a skill/empirical fact, or a person/concept/abstract entity. Thus where distinction between memorization and familiarity is only implied in English, it is directly stated in French.

Language determines which aspect of our interaction with knowledge (the treatment and/or the type) we will place highest importance on. Where English uses a plethora of nouns, adjectives and adverbs to visually describe a concept in specific, descriptive terms, French relies on broader descriptions; but it does emphasize the need for clarification over whether a piece of knowledge is to be taken as fact or as familiarity. 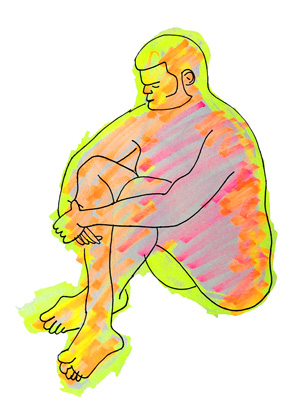 What is the philosophical significance of this? Depending on whether the speaker focuses on the type of interaction with the knowledge, or whether they focus instead on the type of knowledge interacted with, leads to very different perceptions of knowledge. If the type of interaction with knowledge is emphasized, this prioritization may extend to the treatment of all other materials, people, places, etc. Take for example Immanuel Kant’s Means-End Principle. Kant says that we should always treat people as ends in their own right, not just as means to achieving our own ends. In this principle, Kant emphasizes not the characteristics of the entity being used as a means, but rather the conduct with which the entity is treated – as a means to an end – in the user’s interaction with it (see H.J. Paton, The Categorical Imperative: A Study in Kant’s Moral Philosophy, 1947). Likewise, René Descartes focuses on the mind's interaction with the outside world, and hence advises us not to trust the senses in interaction with this world beyond what can be known through the conscious thought process. Language shows us how to prioritize ideas; the action of prioritising certain thoughts over others is a product of the dictates of one’s language.

Acknowledging this distinction may not rid us of our mother tongues’ influence on our treatment of knowledge, but it may give us an expanded awareness of how we interact with knowledge, as if from outside the realm of our linguistic norms and presumptions. Acknowledging the distinct ways in which knowledge is perceived in each language may help us understand the relationships we use in knowledge (notion vs object). This awareness may clear up ambiguities of usage and contextualize our notion of knowledge. While there may be no single objective picture of knowledge, we gain contextual insight to its various manifestations.

Whether or not language is the origin of our perceptions and thoughts, as some have argued, it is clearly a strong contributor to our perceptions. It is the lens through which we construct our ideas, beliefs and thoughts about the world. Although we cannot escape the limited lens of our mother tongue, acknowledging the distinct ways in which knowledge is perceived in other languages may help us understand our philosophical methods of treating knowledge. It may also help us practice philosophy with greater sensitivity to the ways in which knowledge is interacted with outside our own linguistic norms. This may not solve our philosophical problems, but it will force us to think outside of our linguistic boxes, to recognize their limitations, and to rise above them through an analysis of the very preconceptions that cage our perception.

Mary Gregg is a graduate student at the University of Mississippi, where she researches the interaction between the objectivity of empirical observation and the subjectivity of first-person belief states. She received her BA in Philosophy from Palm Beach Atlantic University.

How To Understand Words

A Position On Derrida

How Does Language Work?

The Problem of Communication