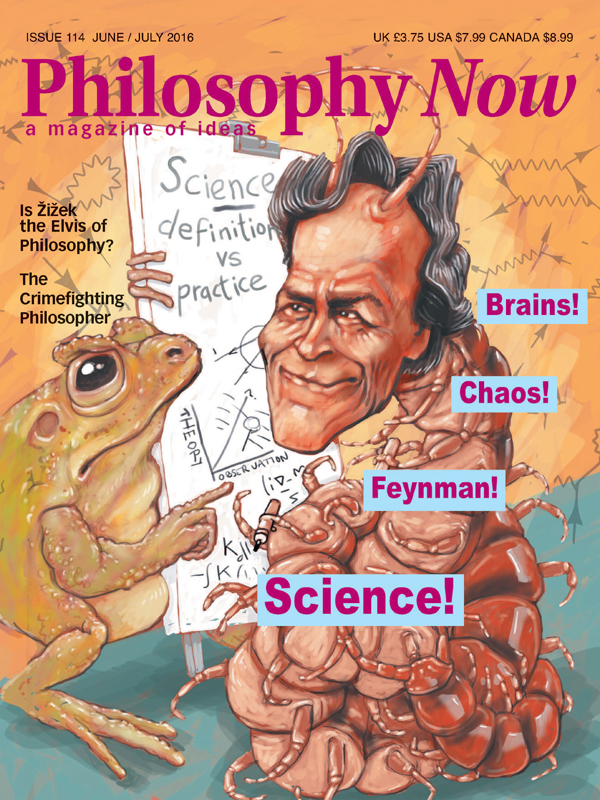 Ben Trubody finds that philosophy-phobic physicist Feynman is an unacknowledged philosopher of science.

Mary Gregg considers how our language influences us to think about knowledge.

Slavoj Žižek – The Elvis of Philosophy?

Chris Bainbridge zips through the greatest hits of the celebrity post-Marxist.

Nietzsche and the Problem of Suffering

Alistair MacFarlane reviews the phenomenal life of a wilful mind.

The Best Doctor is Also a Philosopher

Peter Adamson on medicine in the ancient world.

Seán Moran watches a street con to find where deceiving is not lying.

Raymond Tallis sees that the simple everyday world of material objects is not so simple after all.

The Philosophy of Poetry

Alberto Giordano is left unsatisfied at an attempt to wed evolution, capitalism, and existentialism.

The Conspiracy of Theories

Stephen Brewer stealthily records a dialogue in which Freya argues that conspiracy theories are illogical, but Orin is not so sure.