The philosophy of organism is the name of the metaphysics of the mathematician and philosopher Alfred North Whitehead. Born in Kent in 1861, schooled in Dorset, Alfred headed north and taught mathematics and physics in Cambridge, where he befriended his pupil Bertrand Russell, with whom he came to collaborate on a project to develop logically unshakable foundations for mathematics. In 1914, Whitehead became Professor of Applied Mathematics at Imperial College, London. However, his passion for the underlying philosophical problems never left him, and in 1924, at the age of 63, he crossed the Atlantic to take up a position as Professor of Philosophy at Harvard University. He died in Cambridge, Massachusetts, in 1947. His intellectual journey had traversed mathematics, physics, logic, education, the philosophy of science, and matured with his profound metaphysics, a complex systematic philosophy that is most comprehensively unfolded in his 1929 book, Process and Reality.

The philosophy of organism is a form of process philosophy. This type of philosophy seeks to overcome the problems in the traditional metaphysical options of dualism, materialism, and idealism. From the perspective of process philosophy, the error of dualism is to take mind and matter to be fundamentally distinct; the error of materialism is to fall for this first error then omit mind as fundamental; the error of idealism is also to fall for the first error then to omit matter as fundamental. The philosophy of organism seeks to resolve these issues by fusing the concepts of mind and matter, thereby creating an ‘organic realism’ as Whitehead also named his philosophy. To gain an overview of this marvelous, revolutionary, yet most logical philosophy, let’s first look at what Whitehead means by ‘realism’, then at the meaning of its prefix, ‘organic’. 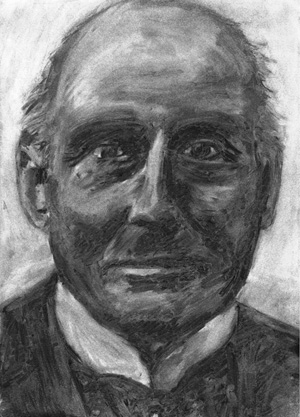 ‘Realism’ has a number of meanings in philosophy, but with regard to Whitehead’s interests, a realist essentially adopts the view that we perceive reality as it really is.

Although this idea may seem to many to be common sense, it is considered naïve by many in non-realist philosophical traditions. Their anti-realist stance supplants realism with representationalism – the notion that rather than directly perceiving reality itself, we perceive an indirect representation of reality – that our experience of light, say, is but a representation of waves of photons hitting our retinas.

Idealist and materialist anti-realist positions ultimately owe their mistakes to dualism, the notion that mind and matter are distinct substances. Whitehead singles out the prime dualist René Descartes (1596-1650) as the figure responsible for inaugurating the fall into anti-realism, and the consequent problems at which we arrive in modern philosophy. The Catholic Descartes attributed mind, as ‘soul’, only to humankind. The rest of nature he classified as purely mechanical, and thus explicable by means of mathematics. As a result of Descartes’ ideas, today, science and (non-process) philosophy cannot overcome the problem of solipsism – not being able to conclusively demonstrate that our experiences are truly representative of an external reality – nor interwoven issues, including the hard problem of consciousness: how mind could emerge from or be related to the activity of the brain. Further related issues concern the problems of free will and mental effort: how mind could influence matter (specifically the brain and body) if all material causality is mechanical; the problem of causality itself; why consciousness should exist at all if it has no power; why we have aesthetic tastes for music or abstract art, and so on.

The philosophy of organism’s solutions to these problems begin by rejecting the bifurcation of nature into mind and matter. With an acknowledged debt to the French philosopher Henri Bergson (1859-1941), Whitehead rejects such a dualism through his reformulation of perception. The underlying erroneous presupposition of anti-realism is that perception is only the representation of an object, or in general terms, of an external world. Whitehead dismisses this presupposition and replaces it with the notion that perception is part of the object or of the world. He names this reformulated notion prehension. Concisely put, such perception does not stand in relation to the world as representation-to-object, but as part-to-whole. To give a human example, the light which emanates from a star changes the eye seeing it, the optic nerve, the cortex, possibly the mouth muscles (speech); and so part of the star – its electromagnetic radiation – becomes part of me. However, as a process philosopher, Whitehead rejects the existence of solid things with fixed attributes, and asserts, as Heraclitus did in ancient Greece, that all is change, flux: a mountain is a wave, given enough time. So for Whitehead a star is only its activity, including its radiance, and its electromagnetic energy continues its activity within us – there is no absolute delineation of activity. So a part of the whole star has become part of our perception. Thus one aspect of the realist element of his philosophy is that the real object and the real subject are partially fused. We are not only made of stardust, but also of starlight. Contra solipsism, we know that we perceive reality because our perception is part of that reality and not a mere representation of it.

Materialists may edge in here and say that they accept the causal line of star radiation to physiological alteration, but then they feel the need to add a new mysterious causal line, from brain alteration to conscious representation – from matter to mind. But with this unnecessary and mystical addition come all the problems of representationalism. Organic realism keeps the original causal line pure. But this purity and parsimony entail a rather radical refashioning of what one understands reality to be, in order to explain how physiological change already involves sentient perception. This brings us to the ‘organic’ prefix.

For Whitehead the bifurcation of the world into organic and inorganic is also false. Consider descending a line of complexity from Homo sapiens to starfish, to cells, to DNA molecules, to less complex molecules, to atoms, and then to the subatomic. For Whitehead this descent is towards what he calls ‘actual entities’ or ‘actual occasions’, or ‘occasions of experience’, which we might think of as ontologically non-composite events.

Whitehead asserts everything to be organic. As he succinctly puts it: “Biology is the study of the larger organisms; whereas physics is the study of the smaller organisms” (Science and the Modern World, VI, 1925). The in/organic division is then ultimately false, sanctioned by the purported mechanical universe idea, once again resulting from Descartes’ mind/matter split. Most importantly here, to Whitehead, actual entities have a degree of sentience – of awareness, feeling and purpose – as do systems, or ‘societies’ as he names them, that are organically constructed from actual entities. Consciousness as we humans have it is therefore a complex nested system of subordinate sentiences: the redefined ‘organisms’ we traced in the path from Homo sapiens to subatomic particles, each of them being self-organising systems, are also sentient to degrees, according to the integrated complexity involved. Each cell in our body is such an instrument of sentience – instruments which focus their effects in the hall of the skull. Such consciousness requires a human brain because the brain channels together the awarenesses of the subordinate entities. Where actual entities have formed into non-self-organising aggregates – such as doors and windows – there is no unified sentience associated with the aggregate itself – only the myriad lesser sentiences of which the aggregate is composed: the sentiences of the molecules, atoms, and subatomic particles. Note the implication that although a brain is required for high-level animal-type consciousness, a brain is not required for mere sentience. Analogously, although an orchestra is required for a symphony, an orchestra is not required for a violin solo. Sentience, or experience, already exists as part of reality.

The concept of universal sentience is known as panpsychism, or as it is called with respect to the philosophy of organism, panexperientialism. Although panexperientialism may seem extreme to many of us raised in a post-Cartesian culture, it is arguably the most logical and parsimonious outlook on the nature of reality. The hard problem of how sentience evolutionarily emerged from insentience is resolved by denying the existence of insentience. Sentience has always existed, only its complexity evolved – a change in degree rather than the problematic change in kind.

To support Whitehead’s thinking about this, it may be noted that we have no evidence demonstrating that (so-called) matter is insentient. It may be retorted that we neither have evidence that (most) matter is sentient – a leveling that has no immediate default position. But the panexperientialist position is more parsimonious and able to resolve many traditional problems in the philosophy of mind, and so is the plausible account. It is parsimonious in that it reduces a dualism to a monism: matter and mind are one, that is, the same thing – both terms are merely abstractions from a unified concrete reality. Or we might say, matter is mindful – emotive and creative. This position also eliminates any mysterious causal connections between mind and matter (as seen, for instance in epiphenomenalism), and it fully adopts the causal efficacy of the mind as well as of matter, since they are of the same kind. So-called mechanical causes as such, involving physical force, are but abstractions from the concrete reality that includes the associated mentality. In this respect, Whitehead is akin to Arthur Schopenhauer (1788-1860) with his idea of Will as the inner affect of observed external forces, or Friedrich Nietzsche (1844-1900) with his notion of the Will to Power. Wielding Occam’s Razor, in organic realism we directly perceive causality because perception is causality: it’s the flow of so-called ‘external objects’ fusing into, and thereby altering, the subject. This makes David Hume’s ‘Problem of Causality’ – that we do not perceive causality itself – false; and therefore it makes Immanuel Kant’s critical project (that is, his whole later metaphysics) based on Hume’s purported problem of causality redundant. It seems Kant woke from his dogmatic slumber into an axiomatic blunder.

Returning to realism, Whitehead’s metaphysics argues that perception involves the partial fusion of object and subject, of the world and the perceiving organism. In Whitehead’s words, ‘The philosophy of organism is mainly devoted to the task of making clear the notion of “being present in another entity.”’ (Process and Reality, 79-80.) There is no absolute dichotomy and magical transformation of matter into mind via some unknown causal line, as is the common concept today. Rather, the elements of the world are already sentient, so that such subject-object fusion is not merely the alteration of the organism, but the fusion of panexperiential reality with oneself. We thus do not simply perceive reality – we become one with the emotive, purposive, creative reality operating around and through us:

“Thus, as disclosed in the fundamental essence of our experience, the togetherness of things involves some doctrine of mutual immanence… We are in the world and the world is in us.” (Modes of Thought, VIII, 1938)

Peter Sjöstedt-H is pursuing his PhD at Exeter University. He is the author of Noumenautics, and an inspiration for the new incarnation of Marvel philosopher superhero Karnak. He can be contacted via his website, www.philosopher.eu.

Is There Anybody Out There?

Back to the Future