Most would probably disagree with Harman on the teaching curriculum, yet agree with that last point. At the very least, we don’t expect great philosophers to be great historians of philosophy. This despite the fact that some of the greatest philosophers have indeed surveyed the history of their discipline.

The earliest case in the European sphere would be Aristotle, whose reports on the Presocratic philosophers are invaluable. But precisely because he was a great philosopher, his presentation tends to distort and obscure the views of these thinkers, since he classifies them in pursuit of his own agenda, for instance by reading their cosmologies as so many attempts to determine the correct number of principles in nature. A far more informative source on the Presocratics is the lesser thinker Simplicius. He had an agenda of his own, but it was not a philosophical one. Rather, he wished to record what was for him already ‘ancient’ pagan thought, before it was lost in the rising tide of Christianity.

Russell might have sympathized with Simplicius as far as Christianity was concerned, but otherwise he seems more comparable to Aristotle, since he was another great philosopher who set out to be an historian of philosophy. The result was A History of Western Philosophy, published in 1946 [for which he won the Nobel Prize for Literature, Ed]. To be frank, the book does have its flaws. For one, Russell has a habit of telling us that certain things are not worth taking seriously. A notorious case, at least in the circles I run in, is his pathetically brief and ill-judged chapter on ‘Mohammedan Culture and Philosophy’. His summary judgment is, “Arabic philosophy is not important as original thought. Men like Avicenna and Averroes are essentially commentators.” These are lines I have heard quoted numerous times at conferences on Islamic thought, and obviously not with approval. Few other chapters are so dismissive, but many offer little more than sketchy notes on the subject at hand. 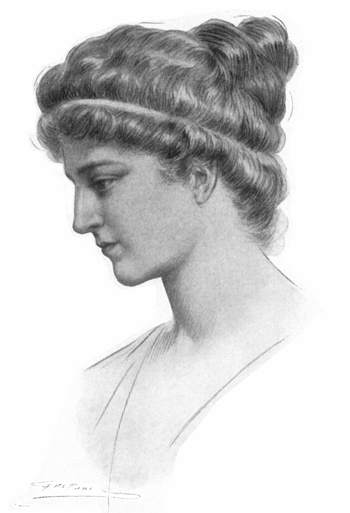 Hypatia: “a distinguished lady”. Almost the only woman thinker to get even a mention.

Yet in at least two respects Russell’s History remains admirable, and worth reading. The first is not so unexpected: he is a brilliant philosopher, and makes incisive points, often only in passing. To take just one example, when talking about Descartes’ famous “I think, therefore I am”, Russell observes that skepticism must “stop somewhere” and that the stopping point is provided not only by indubitable facts but also by indubitable laws of inference. This is a useful observation, for it reminds us that Descartes’ method of global doubt does not affect the rules of logic.

As one might expect, Russell also offers strident opinions on subjects such as Aristotelian logic. In these passages he moves easily from the history of philosophy to expressing his own philosophy: “‘substance,’ in fact, is merely a convenient way of collecting events into bundles.” Many of the philosophers he covers are not to his taste, as he is unafraid to say: he deems Fichte’s idealism “insane”. His antipathy to idealism and subjectivism is a leitmotif of the whole book. Yet Russell also often finds something to value in such thinkers. Schopenhauer, despite “inconsistency and a certain shallowness,” offers a bracing corrective to the widespread tendency of Western thinkers to think that “all evil can be explained away.”

A second virtue of the book is one Russell himself emphasizes in his Preface: there is a lot of history in this History of Philosophy. He does the obvious thing of offering potted biographical sketches of each thinker, emphasizing connections between the life and the thought. He finds Plotinus inspiring as a personality, for instance, while convicting Schopenhauer of hypocritical selfishness. But more than that, he is constantly surveying the historical context in which philosophy unfolded; he even highlights this as the main feature that distinguishes his history of philosophy from others. The aforementioned chapter on the Islamic world, brief as it is, finds room for an overview of the early history of Islam, and much is said elsewhere about historical topics such as Sparta, the Roman Empire, and the Reformation.

Certainly Russell’s history is very selective. He is more than happy to skip from one major thinker to the next, so that many fascinating figures are not mentioned at all. He says as much, also in the Preface: “I have omitted men who did not seem to me to deserve a fairly full treatment” – apparently taking it for granted that no women thinkers deserve such treatment. Nor, as the title intimates, does his History venture beyond ‘Western’ thought.

So Russell certainly does not cover everything. But what he does cover is put in some sort of historical context, even as it is evaluated from a philosophical point of view. However obsolete Russell’s judgments on particular texts and traditions, however large his blind spots, one does get a sense from reading him that Harman was wrong; he shows that the history of philosophy can be philosophy, while also being history.

Does Western Philosophy Have Egyptian Roots?