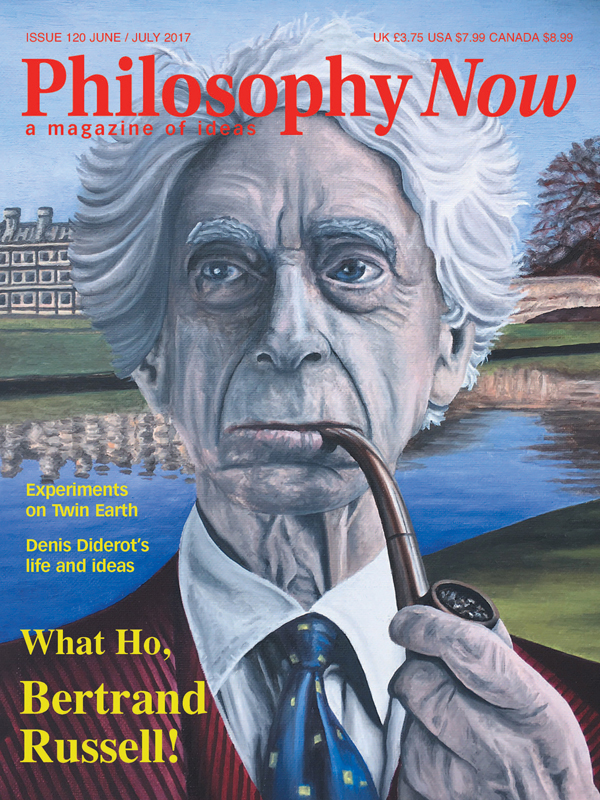 Peter Stone reveals the deep and varied passions of the analytic philosopher.

Bertrand Russell on The Value of Philosophy for Life

“To be happy, one must first not be unhappy”

The Philosopher & The Scientist

Tony Simpson tells us how the Russell-Einstein manifesto led to Pugwash.

Bertrand Russell on Something

Michael Foley says that perhaps we are all becoming more sociable.

Maeve Roughton asks if it’s becoming a crime to think the wrong thoughts.

David Berman looks for similarities and differences in the aims of the two thinkers.

The Morality of Getting Divorced

Justin McBrayer considers when divorce is morally permissable, and when it isn’t.

Martin Jenkins considers a black sheep of the French Enlightenment.

Our columnist has just released a major book on the philosophy of time. Grant Bartley interviews him about Of Time and Lamentation.

Terri Murray isn’t offended by Claire Fox’s book about the politics of being offended.

Les Reid has a creative response to a book on the philosophy of creativity.