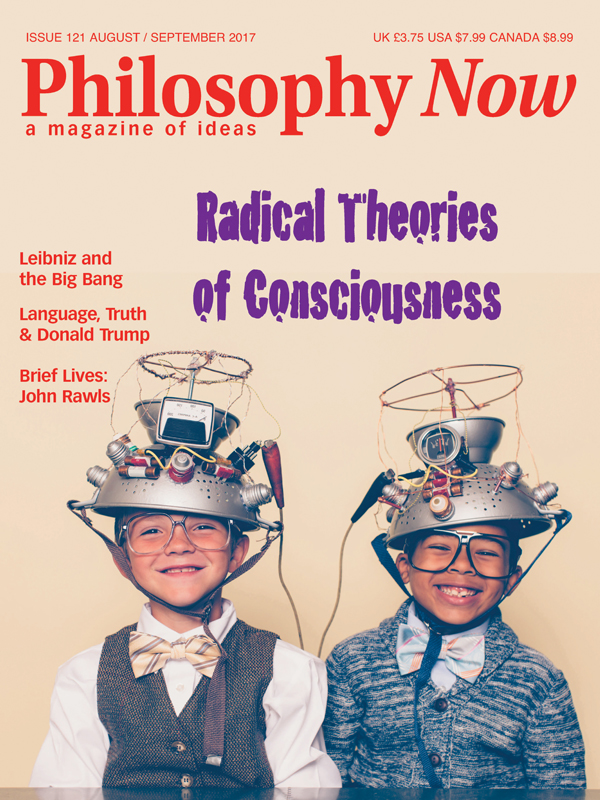 Philip Goff thinks that everything has some degree of consciousness.

Neutral Monism: A Saner Solution to the Mind/Body Problem

The Integrated Information Theory of Consciousness

Hedda Hassel Mørch asks: what is IIT all about?

Does Consciousness Cause Quantum Collapse?

Eric Kincanon says that Leibniz could have predicted the Big Bang in 1715.

Van Harvey traces one of the more unexpected consequences of the Reformation.

The Further History of Sexuality: From Michel Foucault to Miley Cyrus

Alistair MacFarlane traces the life of an influential political theorist.

What Sorts of Things Exist, & How?

The following endeavours at listing the existing each win a real solid book.

Change Now! • A Note On A Note • Eating Pygs • Foolish To Be Wise • Out of the Minds of Children • Balance of Possibilities • Natural Disasters • Hobbes on Hume! • Multiple Afterlives

Don’t Be So Sure

Peter Adamson on skepticism in the history of philosophy.

Raymond Tallis argues that mind is not everywhere.

Mahon O’Brien asks how far the first English translation of Martin Heidegger’s notebooks show him to be a Nazi.

Living With A Panpsychist