This article is unlikely to provide you with much comfort; but terminal illness, like mortality more generally, is clouded by unmentionables that need to see the light of day. Why? Because laying bare that which we least want to discuss might do more good than harm. It also might not. So I am not sure if this article is for you or for me, but please bear with me.

I am an atheist with terminal cancer. I started off writing an article titled ‘The Happy Side of Terminal Cancer’, but it ended up being depressingly short. Talking up the merits of terminal disease might seem like a taboo best not transgressed. But as with so many taboos, they are only taboos to the excluded. I can criticise my family, but you cannot. The faithful can engage in a critique of their own religion, but I best not engage in the same. So having been admitted into the cancer club, is there a silver lining to an impending early death? There’s a sliver of one: you don’t have to die of old age. Ashley Montagu once described the goal of life as “dying young as late as possible.” Few want to die, yet few want to grow decrepit either. Happy-talk about death is in short supply because life is all we have, and there are few happy sides to losing all we have.

I have previously written in Philosophy Now in a more comforting tone about solace without religion in the face of death (‘Atheist in a Foxhole’; ‘The Party Without Me’). And comfort is the one acceptable tune we can dance to when speaking of our finitude. We all experience unease about our mortality, and so the taboo of death-talk is broken only to appease this unease. But the death-talk taboo goes at least one level deeper, and we can distinguish between those facing mortality, and those currently not. Here lies the territory of the unmentionable: what is the discrepancy between what people tell the afflicted, and what the afflicted tell themselves and others? I will return to this shortly.

I realize that I might be overstating the death-talk taboo, as it does not appear that way to religious believers. The belief in an afterlife means that death-talk does not elicit the same degree of existential unease for the faithful as it does for the rest of us. In this sense Sam Harris has pointed out that atheism may come across as a ‘death cult’, since it is only we who are willing to take the actual reality of death seriously. But take it seriously we must. And although Humanists do not generally profess a belief in the comforting notion of an afterlife, the death-talk taboo is still a symptom of their unwillingness to take death absolutely seriously. Staring terminal disease squarely in the eye involves unmasking the taboos that the faithless hold, irrespective of the discomfort it may cause. 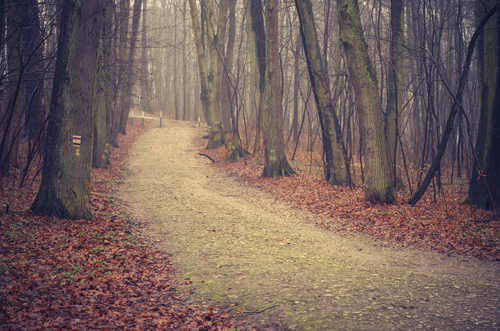 The first is quite literally a nominal affair, meaning, to do with what we call things. The term ‘cancer’ has become the ‘C-word’, not unlike the ‘F-word’. This is not just true for friends, family, and the public, it’s especially true of medical professionals. One’s terminal disease is referred to as ‘your condition’. It’s hardly ever overtly referred to as cancer. I suspect that this aversion to calling a disease by its proper name might be the visible tip of the proverbial iceberg. If the word ‘cancer’ itself is unmentionable, then what other associated taboos lurk beneath the surface?

If we peer below the surface, we immediately find two more. Counsellors say that cancer (or their preferred euphemism for it) doesn’t only affect the afflicted, it affects friends and family as well. This is clearly true; anyone close with a sense of empathy is touched. But the effect that this affect has is opaque and seldom articulated. Outpourings of sympathy are genuine and deeply felt, but sometimes there is a nagging feeling that something remains unsaid – namely: “You matter less than you used to: (A) because you remind me of my own mortality, and that makes me feel uncomfortable; and (B) since you may not be around that much longer, it’s not worth investing in our relationship.” Not everyone will recognize these sentiments, but they are held commonly enough to be a significant aspect of the afflicted’s fear of the journey towards the end. Anticipated death can still involve a whole lot of living.

(A) Realistic death-talk is taboo because it reminds us of our own mortality. The prospect of death just causes too much distress. This is rarely if ever voiced to the terminally ill, as it would seem callous for one’s own dread of eventual death to trump concern for the afflicted’s actual impending death. But the distress is there all the same, and it can be sensed.

The discomfort of others is often shrouded, yet also revealed, through excessive optimism. Trying to instil hope can be well-intended; but it can also reflect a deeper fear of mortality residing within the apparent optimist. If such fear is sensed, or assumed, the afflicted may avoid speaking openly about their condition. One simply doesn’t want to be the embodiment of someone else’s mortal anxiety. Paradoxically, then, well-intentioned optimism can be detrimental.

Don’t get me wrong, I am not advocating pessimism – although this too can be a source of comfort (if you assume the worst then there is no bad news that can surprise you). What I’m saying is that unbridled optimism shares a similarity with blind faith in that it is a denial of reality. Such a denial inhibits the terminally ill from discussing their prognosis frankly.

The reluctance to speak honestly about terminal disease is not just a matter of avoiding upsetting the healthy. It also involves the afflicted’s own fear of abandonment. This is in a certain sense the other side of the same coin. The ill may avoid talking about their illness not just to spare their listeners discomfort, but also due to the realization that if such discomfort is caused, then fewer will come to talk.

(B) The afflicted’s fear of abandonment also encompasses the other dimension I mentioned: that what you mean to others may be lessened by your prognosis. This uncomfortable truth spans from the acquaintance who no longer sees you as part of their future, to your life partner who no longer sees how they can build a future with you. It’s a harsh reality to come to terms with, and it is under no circumstances articulated. “I’m not coming around anymore” or “I’m leaving you” is never ostensibly because “you’re dying”: it’s always explicitly about something else. Yet to deny that your anticipated death is a factor in people’s choices would be to put your head in the sand.

Whether or not ignorance is bliss continues to divide opinion. But irrespective of where we land on that conundrum, we ought to know what it is that we’re ignorant of. Not for our particular case – that would be a contradiction – but for the general ‘we’. In that vein, I hope that these reflections serve to expose a blunt reality that we may choose never to express. I am not sure whether shedding light on these dark spaces is of any help, but thank you for bearing with me.

David Rönnegard has a PhD in Philosophy from the London School of Economics, and is a researcher and teacher in corporate social responsibility in Stockholm.

How Believing in an Afterlife Can Ruin Your Life

From Loving To Wolfing