Richard Baron tracks what Trolley Problems can tell us about ethics.

A runaway trolley is coming up to a switch (or in British English, a tram is coming up to a set of points). If nothing is done, it will carry straight on and kill five people who are working on the track. If you switch the trolley to the right, they will be saved but one person who is on the other track will be killed. What should you do?

Trolley problems have been with us since the 1970s. They continue to fascinate, mainly because of the scope they offer to vary the details in the effort to discover an underlying rationale for our ethical decisions. Many people would switch the course of the trolley. If they are asked to justify this choice, they may say that it is not as bad to have only one person killed as having five killed. But if you take away the switch and instead let them save the five by pushing one very fat man off a bridge into the trolley’s path, so that he dies, many people who would have used the switch say they would not push him. They say this even though the body count – five versus one – would be the same. So ‘minimize the number of early deaths’ is not the complete underlying rationale. But then what is the complete rationale, if there is one?

The first part of this book gives the text of two lectures by Harvard ethics professor Frances Kamm, in which she pursues this quest for a complete ethical rationale by considering many more trolley problem variants than the basic ones. In the second part, Judith Jarvis Thomson, Thomas Hurka, and Shelly Kagan challenge both some of Kamm’s conclusions and some of her methods. She in turn responds to their comments. 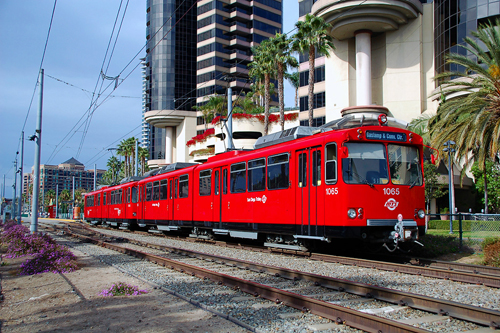 In the first part, Kamm distinguishes between the choice to switch course being in the hands of the driver of the trolley and its being in the hands of a bystander. She then adds variants in which there are extra choices, such as sacrificing yourself, or different ways in which people may die, such as rockfalls. She also brings in cases in which there is no trolley, but some other reason why action or inaction will affect who will die, such as life-saving medical treatment that spreads a dangerous gas to other people.

The reference in the book’s title to ‘mysteries’ reflects Kamm’s approach. A detective in a murder mystery wants to know who did the deed, and how it was done. In the first lecture, Kamm concentrates on who turned the trolley, or refused to turn it, or did or failed to do something equally significant. In the second lecture, she concentrates on how the trolley was (or would have been) turned. Her goal is not to find out who did what: we know that. Rather, she wants to establish the scope and limits of a general principle that explains why we don’t simply, and every time, want to minimize the number of early deaths. For example, we do not accept the idea of kidnapping a healthy person outside a hospital in order to harvest their organs to save five people in need of various transplants. And we might accept people’s acting to save themselves, even if their actions would kill more people than would be saved.

Although Kamm’s goal is not the same as the detective’s, her focus on who turned the trolley and then on how the trolley was turned makes perfect sense. One might expect a good deal to depend on details of the causal chain that leads to whichever deaths occur. Did anyone who took action or stood idly by have any pre-existing responsibility, for example as the driver of the trolley? And was anyone actually killed by human intervention, or did people ‘merely’ let others die?

Kamm does not proclaim her principle to be the complete answer, and wisely so. She acknowledges that it has its own difficulties. She probes some of them by considering examples, such as ones in which the diverted trolley not only kills one person but also blocks a runaway tractor which presents an additional threat to the five. And in the second part of the book, the other philosophers raise specific doubts about her principle. But there is also a wider concern to be addressed. Can philosophical distinctions between results and means to their achievement, and between different shapes of causal chain, tell us how to think about matters of life and death? The potential victims might not think so. This comes out clearly in Kamm’s discussion of their perspective, where she remarks that they may permissibly resist actions of the fair-minded philosopher which determine who is to die.

Another limit on the power of subtle investigations of the type that Kamm pursues comes out in the second part of the book. Thomson wonders where all the elaborate examples really lead (p.125); and Hurka finds that one example is too ingenious, too far from reality, for him to have much confidence in the intuition about what’s permitted that he thinks it supports (p.139). Kamm acknowledges the difficulty, but maintains that the method still has value and can be a route to good answers (pages.193-4).

So the book offers us imperfect and tentative answers, and it left me worried about the methods used to obtain those answers. But that in itself makes it a fine example of philosophical argument. In the natural sciences, we expect answers. In philosophy we expect debate, a deeper understanding of questions, and answers which teach us something even when they are inadequate, as well as when they strike us as correct.

This is a complex book, and it is not the first book that a student of trolley problems should read. But it will not be the last book to read either. The lively way in which it makes plain that the last word is not yet to be had is one of its virtues.

How Should I Live?