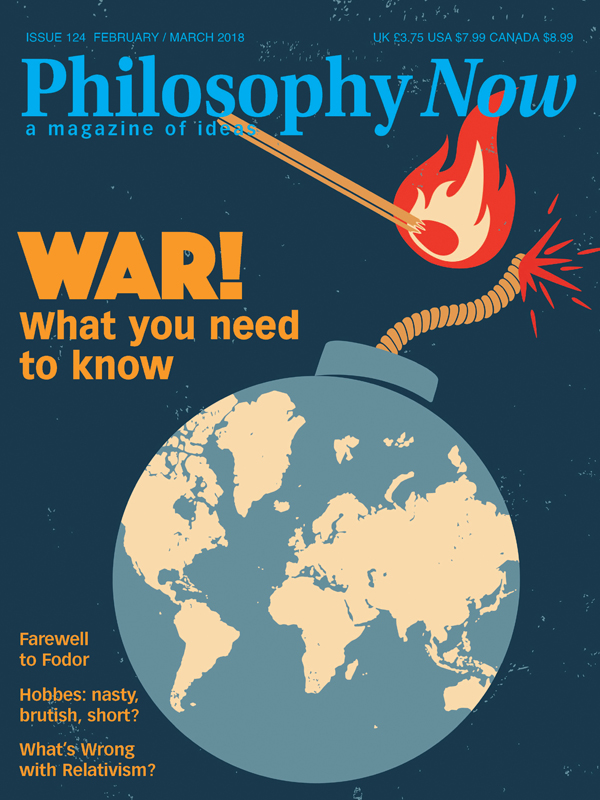 The Philosophy of War

Ziyad Hayatli presents a condensed history of the philosophy of war.

The Puzzle Of Patriotism

Phil Badger tries to make sense of a tangle of pride, identity and metaphysics.

Free Will Is Still Alive!

Is Everything A Computer?

George Dunseth outlines basic principles for knowing whether or not ideas are true.

Are You A Garbled Relativist?

Ray Prebble argues that moral relativism is both incoherent and immoral.

Why False Beliefs Are Not Always Bad

Sally Latham argues that sometimes it’s better to be wrong.

Peter Adamson says one good thing came out of WW1.

Torpid In A Taxi

On Looking at the Back of My Hand

Heather Dyke passes time reading about a denial of the passing of time.

Richard Baron tracks what Trolley Problems can tell us about ethics.

Anger and Forgiveness by Martha Nussbaum

Trevor Pateman looks at problems with anger and forgiveness.

Stefan Bolea talks of madness, antihumanism, and the arrival of the new gods.