Although the discrepancy initially seems enigmatic, the difference is also remarkably intuitive. No-one would hesitate to call the two pieces of a broken rock rocks in themselves: after all, many rocks are broken pieces of larger rocks. Similarly, no-one in their right mind would call a broken part of a chair a chair. This distinction is what has to be explained.

Perhaps our intuition can be explained by the type-token distinction. The type-token distinction goes back to Plato and Aristotle, and was specifically applied by the scholastic philosophers of the Middle Ages who followed in their tradition. This theory separates types, which are concepts or categories for a set of similar objects, from tokens, which are particular concrete examples of those types. For instance, in the line “Rose is a rose is a rose is a rose” from Gertrude Stein’s novel Sacred Emily, there are three types of words – ‘rose’, ‘is’, and ‘a’ – but ten different tokens of words – there are ten words in the sentence. So although they are different tokens, with different properties, namely different sizes and shapes, the two new rocks remain the same type of thing (rocks) as the parent rock. Conversely, the two new parts of the chair are fundamentally different types of thing from the original chair, as well as two new tokens of things.

In the search for the differentiating factors between the two types of part, the field to which we must turn is mereology, which is the philosophical study of part-whole relations. Mereology has a long history, starting with the Pre-Socratic philosophers, and remains a prominent field of philosophy in the twenty-first century. Although some philosophers, including Peter Forrest (‘How Innocent is Mereology?’, Analysis 56, 1996) , have challenged mereology’s approach, the theories I employ here are relatively basic and uncontroversial, and so may be considered reliable representations of the field.

Mereology underwent serious development under Aristotle (384-322 BC), who drew one of its principal distinctions: that between homogeneous and heterogeneous parts. Homogeneous parts are parts of the same type as an original entity, and heterogeneous parts are parts of different types from the original entity. For instance, a human hand is a heterogeneous part of the human body; and the parts of the hand are also heterogenous, because it can be split up into components such as skin, muscles, and bones, which are fundamentally different types of thing from the hand: no-one would refer to the muscle in the hand as ‘hand’, but rather as ‘muscle’. By contrast (at least from a layman’s unscientific perspective, or from Aristotle’s protoscientific perspective) muscle is a homogeneous part of the hand, since it cannot obviously be subdivided into different parts: all parts of a muscle can be referred to as ‘muscle’.

There is a clear difference between rock parts and chair parts in this respect. To use two more of Aristotle’s jargon terms, the two new rocks are homogeneous parts materially, as they only consist of rock, and also formally, as they are the uniform arrangements without distinct parts found in any rock. Meanwhile, the chair parts are heterogeneous in both matter and form each piece will contain several distinct components, including the legs, stretcher, seat, spindle and various rails.

However, the distinction between heterogenous and homogenous may not be as clear as it at first seems. If the chair were broken in such a way that the two parts following the fracture included a solitary wooden leg, the leg would itself be homogeneous because all of a chair leg is chair leg, without (evident) parts itself. This indicates that simple heterogeneity may not be what makes something merely a part of something else. We will need to look to other parts of mereology to find our answer.

In his book Categories, Aristotle defined two more key philosophical terms, closely related to the theory of types and tokens: substantial form and accidental form. An object’s substantial form consists of the properties it must possess to exist as the type of object it is. For humans, this would consist of physical properties such as having a head, eyes, and a torso, and also mental properties such as the ability to reason. By contrast, an object’s accidental form consists of the properties it has that are not essential to its being that type of object – or we can say, properties which vary amongst the different tokens of that particular type. For humans, this would include properties such as their height, strength, or courage. 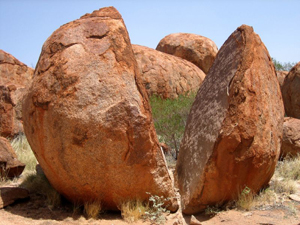 This contrast between substance and accident was applied in mereology by St Thomas Aquinas back in the thirteenth century. The Angelic Doctor as he was known, believed that only natural objects possess substantial form, since man-made objects (‘artefacts’) are made merely by people rearranging things that already exist. For him these parts can function independently of the artefact’s specific purpose.

Aquinas’s theory suggests that we can tell whether a part is substantial or accidental by examining the effect of the whole’s form on the functionality of its parts. For instance, if the form of a human ceases to exist (if, for example, the person dies), then their parts, such as hands, become redundant. This makes them part of the substantial form of a human being. Conversely, if the form of a car ceases to exist (by running out of fuel, for instance), its parts can still function: the carburettor, for example, could be transferred to another car and work fine.

Aquinas’s argument that artefacts cannot possess substantial form is problematic. There are organ transplants. Plus, parts of artefacts often seem to service only that artefact and would be redundant without it: consider a handmade watch. Furthermore, on Aquinas’s argument, non-living substances often do not seem to possess substantial form, as their parts could easily exist independently of the whole. Indeed, in this respect the two rocks are more similar to the carburettor (an artefact) than the hand (a natural object), because they have their own form which exists independently of the whole (the parent rock), and is, in fact, the same as that of the parent rock. Meanwhile, the two parts of the chair more closely resemble the hands than the carburettor: just as the hands lose their purpose as they become separated from the body, the part of the chair breaking off also loses its purpose. So Aquinas’s ideas about substantial and accidental form do not answer our question. But they do reveal a crucial distinction between the two new rocks and the two broken parts of the chair. The form and purpose of the new rocks is the same as that of the parent rock; they are seen in the same way as the parent was. By contrast the parts of the chair do not maintain the form and purpose of the original chair.

The Purposes of Parts

This idea that purpose or design is at the heart of our discrepancy seems attractive initially, but some flaws in this conception are quickly found. Take the example of a detached tree leaf, which has no obvious function once separated from the tree. If it were lying on the ground intact, we would still call it a leaf; but if it were ripped in two we could comfortably call the two pieces ‘parts of a leaf’. Like the rock, the leaf lying on the ground has no function, and like the rock it was not designed by a human, yet its two broken pieces are ‘parts of a leaf’, not new leaves.

This difference between leaves and rocks can be accounted for in two ways. The first way is by arguing that the leaf at least used to have a function (providing energy to the tree), whereas a rock has none. Secondly, the difference between broken rocks and broken leaves can be explained by introducing the wider concept of form, which for Aristotle includes shape and material as well as purpose. In this particular example the key difference is that leaves have to be a certain shape which they grew into, with continuous boundaries and no rips or cuts, whereas rocks do not. Rocks can be any shape. The need for a leaf to be a certain shape is determined by its original function, and so these two elements of what it is to be a leaf are intrinsically linked. Function and shape are intrinsically linked under Aristotle’s four-part notion of cause. Indeed, the leaf’s former function is what makes the shape important.

To conclude, we can see that the cause of an entity in the Aristotelian sense (that is, what makes something exist as it does) is the key to defining whether its broken pieces are merely parts of it or tokens of the same type of object in themselves.

Aristotle famously claimed that there are four types of cause: the formal cause (a thing’s arrangement or shape), its material cause (what a thing is made of), its efficient cause (which refers to what happened to give rise to the thing), and its final cause (the end to which it directs: its purpose). For our purposes, the important causes are material, formal and final. If the broken pieces differ from the parent object in any of these respects, they can only be considered ‘parts’ of the original object. Thus if the original entity has a specific shape that becomes fragmented (formal cause), as in a chair or leaf, the broken pieces will merely be considered parts. Also, if the original entity is made of a particular (variety of) material(s), the broken pieces will be considered merely parts if they do not consist of the same material(s). Or if the original entity fulfills a specific function (final cause), the broken pieces will be considered merely parts if they do not themselves fulfill that function. The two new rocks remain rocks because, on all three of these criteria, which together determine the rock’s substantial form and make it the type of thing it is, they are the same as the parent rock. Meanwhile, the two parts of a chair are merely parts because they have different formal and final (and quite possibly, material) causes compared to the parent chair: they have a different type of shape from a chair, and each separately does not fulfil the purpose of a chair.

In summary, if two entities are essentially the same type of thing, one must be considered more than a mere ‘part’ of the other, even if it did originate from that thing.

Quentin Mareuse is an undergraduate at Columbia University, NYC.