John Shand doubts there is a moral difference.

Veterinarians call it PTS, a sad but sometimes necessary duty. If the practice of having animals put to sleep when they are in chronic pain or distress is so right for animals, how can it be so wrong for humans? Humans are animals, after all. From here on, when I write ‘animals’, I’ll mean non-human animals.

On seeing certain cases of human suffering, those who favour allowing human voluntary euthanasia sometimes say, “You wouldn’t treat an animal like that.” Usually this reaction is waved away as viscerally understandable but not to be taken seriously. Yet this waving away is accompanied by the same thought on both sides of the argument – namely, that there is something special, elevated, or certainly different about human beings. Should voluntary euthanasia be legal? The pro-euthanasia side supposes that if you may be treating an animal well in respect of PTS, then surely you should want to do the same thing – and more so – in respect to humans, given our special qualities. The anti-euthanasia side supposes there is something special about human beings that means we should not be treated like animals as regards PTS-like actions towards us.

First we may set aside questions of free will. Claiming that animals do not have free will is irrelevant, since those who oppose euthanasia usually contend that the free will argument for euthanasia (“It’s my choice, I can do what I want with my life”) is not decisive in commending it. So they already agree that free choice is not a the morally decisive factor here.

One possible line for the anti-euthanasia side, is to say that human beings have some special standing among living things – a bare fact of status which means that their treatment should not be like that of other creatures, generally, and in respect of euthanasia in particular. But it is very hard to explain what that special standing might be in any way that would convince everyone. Someone might argue that human life is sacred in a way animal life is not. But for that to carry weight, one would have to accept some kind of divinely-ordained ordering of values. Many don’t accept that, simply thinking the divine to be a fantasy. Even if one goes down that road, this objection to euthanasia becomes an unargued fiat, and so it no longer constitutes an argument against euthanasia. Indeed, even if we did engage with such a view, it’s difficult to see what could make the required difference, making us sacred while animals are not. A soul? Hardly something clearly present and agreed-upon that could provide the moral difference necessary. Free will? This has already been shown to be irrelevant to the discussion.

So we need to look elsewhere to resolve the dispute. But what could provide the resolution?

The claim that people might manage to manipulate the euthanasia system – bumping people off against their wishes, or without their agreeing to it, or under some other bad circumstances – raises a practical rather than an ethical problem. It might lead one to conclude that PTS was in practice alright for animals but too dangerous to be legalised for humans; but it could not logically lead one to the conclusion that in principle PTS is morally right in some circumstances for animals but euthanasia morally wrong in all circumstances for humans. One might think euthanasia too difficult to implement in practice while also thinking that it could be morally desirable in some circumstances. Furthermore, the practical situation might change. So practical considerations could not rule out euthanasia as a moral imperative. So this line does not get the euthanasia’s firmest opponents what they want: a timeless moral objection to euthanasia in all cases.

We might be supposed to be responsible for certain animals in a way we are not for other human beings. Clearly this responsibility has very circumscribed limits, not extending to wild animals in most cases, nor to nature red in tooth and claw generally. But a putative responsibility for animals in our care which might permit us to request PTS for their benefit can hardly be used as an argument against permitting voluntary euthanasia for humans. All this argument could imply is that no-one should be obliged to take part in administering it – and no-one is arguing that. We might be said to be indifferent to the kind of considerations that would prompt PTS for our pet animals when the same considerations apply to humans. But this is a very odd position when one thinks about it, for it suggests that if euthanasia is in play at all, we should give more care and consideration to animals requiring euthanasia than to humans in the same circumstances.

Connected to this ‘responsibility’ line of thought is the idea that a key difference between human beings and animals is that humans are capable of a kind and level of thought, reflection and communication that animals are not. This might indeed be a key difference between us and other animals in some ways, without it being a moral difference. And insofar as it might be considered to be morally relevant, it does not help the case of those who suppose PTS is morally permissible for animals but voluntary euthanasia impermissible for humans. Again, quite the opposite. If anything, the appeal to human reason and superior cognitive capacity calls into doubt the right to have animals PTS rather than the moral permissibility of voluntary euthanasia for humans. Our moral justification for being allowed to end the lives of sick animals might be considered weakened precisely because they cannot grant their reasoned consent to it, whereas humans can consent to euthanasia.

This moves us on naturally to a consideration of suffering. But surely in this case all the arguments run heavily in favour of allowing human PTS. 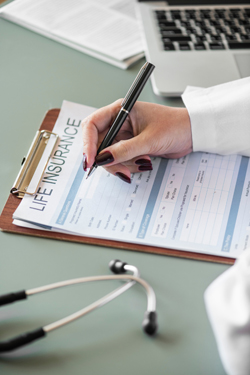 We must distinguish between the moral and practical issues involved in euthanasia.
Photo by Rawpixel on Unsplash

Suffering takes various forms, but let’s just concentrate on the main three: pain, self-perceived loss of dignity, and fear of death. If one were basing an argument for PTS or euthanasia on a consideration of these three features, then surely it is obvious that the human capacity for pain is at least equal to the capacity of other animals, and moreover greater in respect of at least two of them. This makes the imperative for human euthanasia greater, indeed far greater, than the imperative for animal PTS under this argument.

We can’t plausibly suppose that human beings suffer pain less than animals – say, dogs, cats, horses – and we might argue that they experience it more, but there is no need to argue that, even. Equality of suffering would be enough to show that sensitivity to pain cannot provide a relevant moral difference between humans and animals in disallowing euthanasia while allowing animal PTS.

This leaves the fear of death. Although it might be quite convincingly argued that all higher mammals are capable of such a fear, there is no question that humans with their extended capacity for imagination and for positioning themselves within their lives and in a wider world can be much more acutely aware and fearful of it. The possibility of well-administered legal euthanasia may allow us to see death as something of our own timing rather than as an unchosen destination. If suffering owing to our fear of dying can be reduced in this way by euthanasia, or indeed just by the availability of it, then the moral argument runs in favour of offering it. It certainly doesn’t run the other way.

Often in philosophy looking at a closely related case illuminates a more difficult problem. So I think it proves here. One has to conclude therefore that if PTS is so right for animals, then euthanasia must be right at least for some humans.

John Shand is an author and a Lecturer in Philosophy at the Open University. His books include Philosophy and Philosophers: An Introduction to Western Philosophy (Routledge, 2002), Arguing Well (Roultledge, 2000), and, as Editor, A Companion to Nineteenth-Century Philosophy (Blackwell, 2019).

Wronging the Ignorant and the Dumb