Imagine time past
Like an artist creating
Unfurling history. 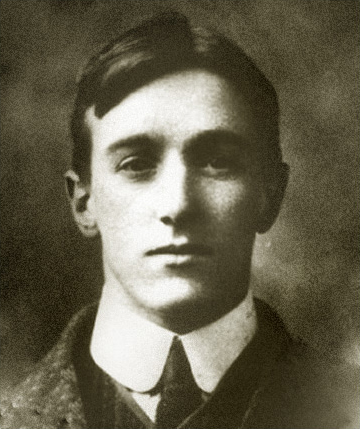 Robin George Collingwood was once described as ‘the best-known neglected thinker of our time’. His father was an archaeologist and an artist, and these two spheres came to occupy much of young Collingwood’s attention. His hobby was to spend his summers digging around looking for artefacts, and he inadvertently became an expert on Roman Britain. But it is principally as a philosopher of history and of art for which he is remembered today.

History, for Collingwood, is the study of the human mind. If we think about what really interests us when we look at history, it is people like ourselves: (primarily) rational beings, making the best of the world in which they find themselves. It’s true we can study people in terms of the evolution of the species Homo sapiens; but that’s natural history, and not the sort of history people mean when they speak of history. To study history is to study the minds of those who have gone before us.

This study, Collingwood said, can be compared with what we do when we experience art. If we wish to understand the past, or understand a work of art, we must unleash our imagination. Through a process of imaginative reconstruction, we can then experience something like the thoughts of people who lived centuries ago, or experience the vision of the creative genius who expresses an idea in a way we can all share. This imaginative leap requires us suspending our own beliefs and prejudices, and adopting those of the people we’re studying, even if they’re false or repugnant to us. For instance, we may ourselves not believe in miracles, but if we’re reading about people in the past who did believe in them, then we will only understand them by adopting a view of the world in which miracles can happen.

When he died, it appeared that Collingwood’s work was destined to become history; but a resurgence of interest has ensured it will live long in human imagination.

Terence is a writer, historian, and lecturer, and lives with his wife and their dog in Paekakariki, NZ. hardlysurprised.blogspot.co.nz

Transcendence and History by Glenn Hughes

History: The Study of the Subjective and Unimportant

Seeing the Future in the Present Past

Popper on Marx on History

To Forget or To Remember?