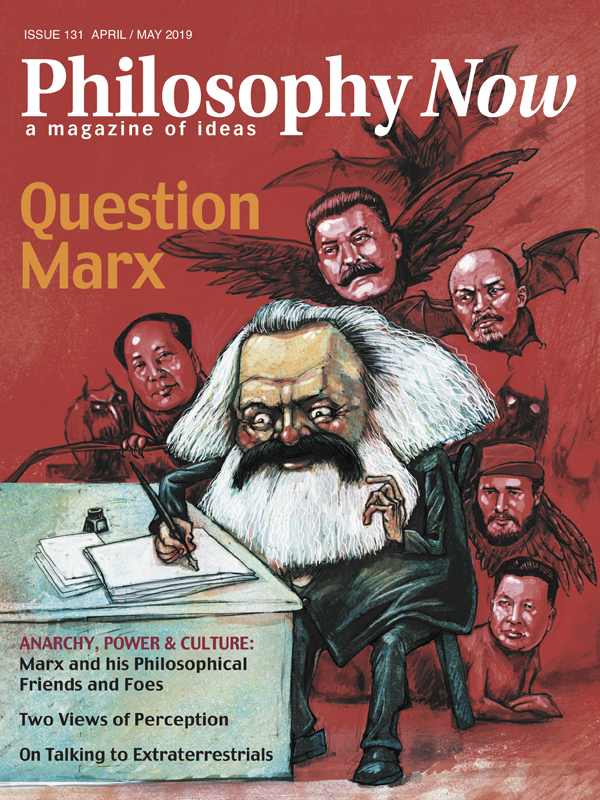 Matt Qvortrup argues that Marx still inspires those longing for a better world.

A New Twist on Old Ideas

Popper on Marx on History

Patrick Cannon on anarchy and state.

How Can Anybody Change Culture?

Kevin Brinkmann tells us, with the help of Althusser, Gramsci and Mannheim.

Socratic Wisdom & The Knowledge of Children

Maria daVenza Tillmanns uncovers the natural philosopher in us all.

Against Stupidity in the Media

Angela Phillips is the winner of Philosophy Now’s 2019 Award for Contributions in the Fight Against Stupidity. She gave this acceptance talk at Conway Hall in January.

Will Bouwman considers the development of a paradigmatic revolutionary.

Is Philosophy Still The Friend Of Wisdom?

Each answer below receives a book. Apologies to the many entrants not included. Thanks to Finn Janning for suggesting this month’s question.

The Other Side of the Coins

Peter Adamson on the philosophical edge of numismatics.

On Failing to be a Philosopher

Raymond Tallis thinks through what not thinking things through involves.

Why Buddhism Is True by Robert Wright

Christopher Carroll asks if communicating with aliens really would be possible.

Craig Potter on a conversation out of time.