Kalina Moskaluk tells us how an idea outside of her theoretical background destroyed her research project and her faith in ‘simple’ phenomenology.

What would come to mind if I asked you about phenomenology, the systematic study of human experience? If you know something about it, you might imagine its founding father, Edmund Husserl (1859-1938) meditating on his warm cup of fragrant black coffee. If you’re interested in psychology, maybe you’d think about ‘introspection’.

For an uninvolved observer, phenomenological investigation may look just like introspection, which it is often mistaken for. There are some similarities – the examiner and the person being examined are the same individual, and the experiment takes place inside the person’s mind. However, unlike introspection, phenomenology does not simply consist of an unbound stream of consciousness. It does not deal with what we think or feel about both our experiences or the objects that the experiences are about (we’re supposed to put this ‘in brackets’ when we practice phenomenology). It is not even about the things the experience is about. It is about the nature of the experience itself.

Phenomenology originally dealt with questions like ‘What makes human experience possible?’ or ‘How do we perceive different parts and wholes of the world that surrounds us?’ If we want to practice phenomenology, we should follow these four steps that constitute the phenomenological method:

1. We should bracket what we think we know about the experience;

2. Reflect upon how the world manifests itself to us;

3. Produce a public description of the experience – speak it or write it down; and

4. Do this repeatedly in order to find out which language and categories seem suitable for describing the way we experience.

Although the subject of phenomenology may seem vague, mysterious, and even esoteric to some, there have been numerous cases where the methods of phenomenology were applied in scientific studies of mind.

I stumbled upon phenomenology and the ways it can be applied to cognitive science or cognitive semiotics (the interdisciplinary study of meaning-making, which is said to be phenomenology-inspired), and my professor at Lund University, Jordan Zlatev, gave me the task of trying to further develop the method of phenomenology. I must confess that I miserably failed to do so; but I recognized some interesting things that remained unnoticed throughout a twenty-year-long debate involving the two most important phenomenology-related methodologies in neurological research.

Neurophenomenology is the first of them. It was introduced by Francisco Varela in 1996 and promoted by him and by Evan Thompson as a solution to the hard problem of consciousness – the problem of how humans (and other conscious organisms) have experiences, thoughts, and feelings as a result of brain activity. Neurophenomenology is said by its practitioners to be able to address this problem by combining the subject’s own phenomenological investigation with simultaneous neuro-imaging data. The goal of neurophenomenological experiments is to provide a two-fold description of what is going on in one’s mind – from the subject’s own point of view and from the perspective of ‘objective’ neuro-images of their brain activity obtained using fMRI scans or EEG monitoring. The most important point here is that experience cannot be reduced to what is happening on the biological level in the brain, which means that adding the first-person description of experience to the brain scan data allows us to formulate a more reliable answer to the question ‘What’s going on in thinking?’

Heterophenomenology, on the other hand, is an approach advocated by Daniel Dennett, and reflects his naturalistic and reductionist views. Even though it also utilizes first-person data, it has a radically different method and goals from neurophenomenology. Dennett allows participants to express freely what it is like to be them or to be experiencing; but he treats their reports as fictions insofar as what they say is not what experimenters see through the ‘objective’ measurement of participants’ brain states with scientific instruments. (See Dennett’s paper ‘Shall we tango? No, but thanks for asking’, Journal of Consciousness Studies 18(5-6), 2011). Neurophenomenology-oriented experimenters treat the participants’ first-person reports as pieces of the puzzle of consciousness, while for heterophenomenology-oriented experimenters, first-person reports are no different from any other kinds of raw data: that is, prone to errors and useless as long as not interpreted.

There are several differences between Daniel Dennett’s and Evan Thompson’s approaches, but the ones most often emphasized involve what they say about their methodologies rather than what the methodologies actually are. For example, they disagree on whether we have direct access to our experience, or whether this is always mediated by our beliefs. In neurophenomenology, the first-person reports are acknowledged as expressions of the experiences themselves, and the aim is to “free experience from its status of a habitual belief” (‘Neurophenomenology: A methodological remedy for the hard problem’, Francisco Varela, JCS 3(4), 1996). However, from Dennett’s heterophenomenological perspective, the first-person reports are always expressions of beliefs about the experiences rather than about the experiences themselves.

But are the theoretical differences so important for conducting research? Some scientists would answer “No.” Gualtiero Piccinini is another scholar trying to mend the gap between philosophy and neuroscience. He points out that for the development of a methodology it isn’t particularly important what the thing is that’s being measured (raw experiences compared to beliefs about experience, say) so long as the measurement is sound. At the same time he argues against heterophenomenology’s lack of trust in the reliability of descriptions of experience (‘How to improve on heterophenomenology’, JCS 17(3-4), 2010). 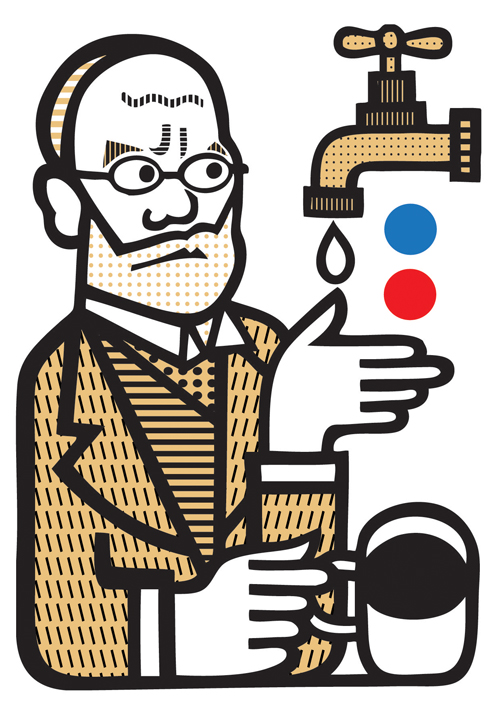 A Conceptual Spanner in the Mental Cogs

Personally, the problem I found the most striking (and I was shocked that it went so long unnoticed) was that practicing phenomenology – the systematic study of human experience – changes the experience it’s supposed to reliably explore!

This is almost explicitly said by Evan Thompson when he criticizes Dennett’s heterophenomenology for having nothing to do with the original idea of phenomenology. Thompson writes that heterophenomenology “has had nothing to say about the proposal to use first-person methods of training attention and awareness in order to sensitize individuals to their experience in ways enabling them to describe it more precisely” (‘Reply to Commentaries’, JCS, 18(5-6), 2011). A similarity struck me between this proposed ‘awareness training’ to the training in mindfulness that has gained a lot of attention in different areas of our culture over the past few years. However, while for phenomenology this training is supposed to allow the production of a standardized and reliable description of the experience as it is experienced, mindfulness training is supposed to be a tool for change! On reflection, it seemed reasonable to think that being aware of or paying close attention to phenomena in our experience makes us experience them in a different way than we would without that attentiveness. Does this mean, in a paradoxical, Catch-22 manner, that a systematic first-person exploration of experience destroys the picture it’s supposed to grasp? Yes, probably. This is a fundamental difficulty for phenomenology.

To indicate how this problem might affect experimental results, I would like to share an example from the research project my team and I designed (but never actually conducted, for reasons that will become clear). We created two hypothetical groups: a neurophenomenological one and a heterophenomenological one. The neurophenomenological group was to be trained in categorizing and reporting relevant experience before performing a task and reporting their experience, while the heterophenomenological one was not. Instead, the heterophenomenological group would be allowed to describe the experience without any training, or indeed, constraints. The task in the experiment would be for each participant to keep one hand under a stream of water with varying temperature and report any temperature changes. But the color of lights fixed to the tap would also change. We hypothesized that the light color shifting from red to blue could trick the heterophenomenological group into believing that the temperature changed, which, we thought, might make their reports less reliable. We initially considered that the neurophenomenologically trained group, by contrast, might be better at reporting the objective, measureable temperature of the water – so, better at reporting their experience. But after we thought about it some more, we rejected this. In fact, we concluded that it would be silly to think that an experiment like this could tell us anything about which method provides a better insight into one’s subjective experience. First, since those in one group would be mindful in a trained manner about their experiences, and those from the other would not, the experiences would already be different. This would make their descriptions unhelpful for examining which group described their experience more reliably, as we could not compare like for like. Second, experience is not created by only one, separate, measureable aspect of the world. So for example, if the light changed from red to blue but the water temperature stayed the same, a report that would reliably reflect the participant’s perspective might be “I know that what has changed was not the water temperature, but the light color, yet I still feel that the water is cooler now” rather than simply “The temperature hasn’t changed”. The complexity of both human experience and human language, even under controlled conditions, would make it extremely difficult to judge whether a description was good or not.

This brings us back to attempts to compare first-person descriptions of experience with more objectively measureable parameters such as changes in brain activity. To subscribe either to a reductionist perspective from which a simple brain scan could tell us everything we need to know about subjective experience, or to the unqualified phenomenological claim that “conscious experience needs to be explored from within the first-person perspective” (Thompson in ‘Reply to Commentaries’), is to oversimplify the situation so much as to misrepresent it.

Kalina Moskaluk is doing a Master’s in Language and Linguistics, specialising in Cognitive Semiotics, at Lund University, Sweden.

The Routledge Companion to Postmodernism

The Very Real Ghost of a Demon