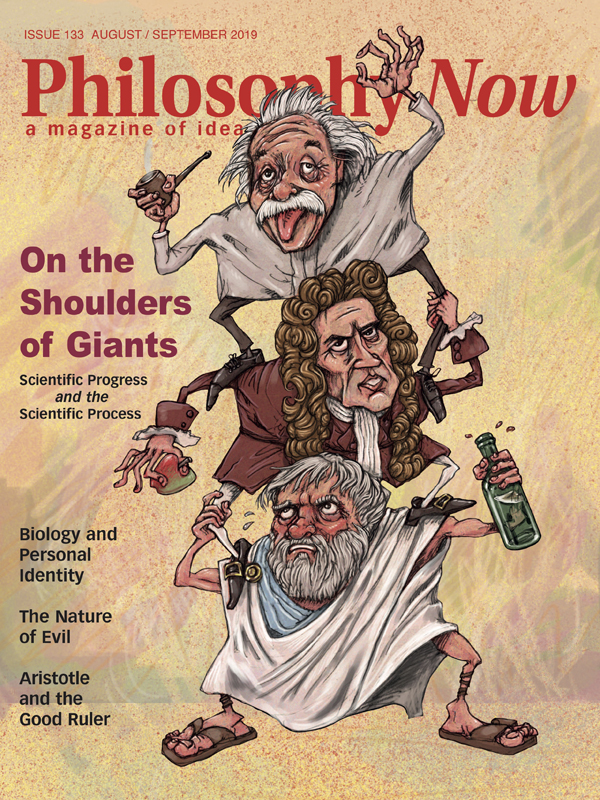 Philosophy of Science: The First 2½ Millennia

Will Bouwman asks what really matters when studying matter.

Kalina Moskaluk tells us how an idea outside of her theoretical background destroyed her research project and her faith in ‘simple’ phenomenology.

Raymond Keogh has a science-based take on personal identity.

Predrag Slijepcevic asks if organisms are better seen as singular or as composites.

The Good, The Bad and Theodicy

John Holroyd on the pitfalls of academic debates about God and evil.

Is Attributing Evil a Cognitive Bias?

Aner Govrin argues that a common perception of evil is mistaken.

Tidying Up With Socrates

What is the Third Way?

How to negotiate a path between capitalist & socialist excesses? Each answer below receives a book. Apologies to the many entrants not included.

The Sound of No Hands Clapping • Minding the Machines • Self Representations • The Sense of Perception • Perspectives on Visions • Ethics, Actions & Effects • No Marks For Marx? • Panned Spiritism • Ethical Chainsaws and Motorbikes

An Appeal to the World by His Holiness the Dalai Lama

Ian Robinson has a brief look at the Dalai Lama’s brief message to the world.

Down Girl by Kate Manne

Terri Murray watches the disappearance of reality into images, in the name of news.