What Colour Are Numbers?

Keith McVeigh contacts an advanced alien with a strange (non-)question.

I just love my little Galaxy 500 Interstellar Transceiver. The first time I got an answer back – from the heart of the Milky Way’s galactic bulge – I was gobsmacked. Unfortunately, the Galaxy 500 is just a toy in comparison with the precision and powerful signals of professional quality transceivers, and because of the instabilities inherent in our ‘billion times faster than light’ sub-space network, any contact we amateurs make will be a one-off exchange, and we often get cut off with only a few seconds’ warning. I still love it, though. 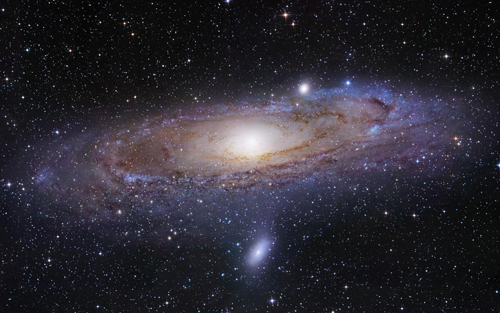 Anyway, I wanted to tell you about last night’s efforts. I’ll let the transcript speak for itself:

Send: Hello. Is there anyone out there? This is Ida from Earth.

Receive: Hello, good to hear from you, Ida. My name is Lude, and my planet is called Logipos. Is Earth’s civilisation advanced?

Send: Yes, pretty advanced, I guess. You know: science, art, philosophy, all that.

Receive: Great. Without further ado then, will you answer a question for me?

Receive: What colour are numbers?

Send: I beg your pardon?

Receive: What does ‘I beg your pardon?’ mean?

Send: I’m sorry, I was simply expressing my surprise and puzzlement at your question.

Send: No. Numbers aren’t blue. That doesn’t make any sense.

Receive: Are they yellow?

Receive: I get you. That’s amazing. Do you mean then that the question ‘What colour are numbers?’ has no proper answer?

Receive: My question then is really a non-question?

Receive: Well, well… Thank you very much Ida. You have solved – or maybe I should say you have dissolved – the last mystery. My people are very advanced. Our golden age of philosophy and science was many millennia ago. During that era we answered all the purely philosophical – by which I mean metaphysical – questions it is possible to ask. The reason our philosophers were so much more successful than the philosophers of other civilisations at sweeping up the mysteries, was that we have a particular neurological characteristic which has meant that from an early stage in our evolution, we have been unable to form any ‘nonsensical’ statements in our minds, including any non-questions. Paradoxically, that’s why the mystery of the colour of numbers survived. As well as being the last of our mysteries, it was also the oldest. That very question was discovered in fragments of prehistoric writing going all the way back to the time when we were still able to think nonsensically – the time, that is, before our neurological filter had evolved. No one thought to question if it was a real question, because no one could really very easily imagine how one might formulate a non-question. Thus the fact that we could repeat it, having seen it in the fragment, was itself taken as evidence that it was a real question.

Send: I think I see what you’re saying, and I’m glad to have been of service. But tell me, are you seriously saying that your philosophy is complete, and that you have answered all its questions?

Send: Perhaps then, Lude, you can return the favour.

Receive: Yes, of course, Ida. I would be delighted. It’s the least I can do.

Send: We humans are still struggling with our philosophy. Perhaps you could clear something up for me.

Send: We’re about to be cut off. Can we keep this short?

Receive: By all means. Go ahead.

Send: What’s the meaning of life?

Receive: I beg your pardon?

Keith McVeigh has a PhD in Philosophy of Mind and teaches part-time at Queen’s University Belfast.

The Philosophy of John Lennon

Running With The Pack by Mark Rowlands