Truth & Alienation In a Covid World

Alex Duell explores how the Covid-19 pandemic and the subsequent shift to life online has contributed to human alienation from nature.

On the 23rd March 2020, my school shut its doors to pupils. As an affluent and forward-thinking private school, we were prepared, fortunate, and imbued with all the necessary technology to shift our entire school’s teaching online. Within the space of a week, we had trained staff to run Zoom lessons, prepped the students on how to use their iPads to access their classes, and ensured all the necessary procedures and processes were in place to keep the school open whilst the school building was shut. This was no small feat, but assemblies continued to run, despite all the glitches and issues Zoom would throw at us. Lessons were as close as possible to being normal, students engaged in class, submitted work, asked questions, and felt supported. But this wasn’t school in its usual warm and comfortable sense.

As the head of Philosophy I couldn’t help but launch enquiries in lessons about how this challenge was particularly relevant in our subject. With my A Level students (16-18-year-olds) I changed my Zoom background so that it was an exact photograph of the room I was in, and used this to highlight the issue of justified true belief in epistemology. Students were also tasked with the Turing test of sending questions to my email address in order to work out if it was in fact me or a computer which was replying to them. (In reality it was my colleague, a foreign languages teacher – who, with no formal philosophy education, managed to successfully pass herself off as me to the whole class…!)

But these novel opportunities afforded by the shift online rapidly wore out. Students, whilst still progressing in their learning, became distant and tired. Staff, who wouldn’t hesitate to teach a full day’s worth of lessons in the classroom, alongside the marking and planning for the next day, would struggle with even one remote lesson. Why?

Again with my philosophy head on, I sat, and I thought. What I kept returning to was, separation. Staff and students were removed from each other, but they still had cyberspace to connect them, and in that sense they could still be there for each other. Then it occurred to me that this online mediation resulted in us also being separated from our own selves. Human beings are nature, living within nature: to take leave of this truth for such an extended period of time left us distant and isolated, no matter how many Zoom lessons or quizzes we could lose ourselves in.

The separation of humanity from nature is no new thing. Throughout history we’ve been shifting further and further from the natural world, and for far too long we’ve been encouraged to think of ourselves as being above it. The pandemic has only exacerbated this feeling of separation: our lives are now increasingly defined by screens, and whereas once we could connect both physically and remotely, as the physical is increasingly taken away so is a key aspect of human interactions and being. It is as if we are living through another Fall.

In Western Europe, and subsequently in the US and other Westernised countries, early influential interpretations of the creation story in the book of Genesis held that through God’s breath humanity acquired a spirit, which meant that we were made in the image of God. This elevated us above the natural world: we are in it, but we are above it. The separation was accentuated through the subsequent Fall. Although once we were innocent and living in perfection – the Garden of Eden – through our God-given free will we morally transgressed, and both we and nature became broken, flawed, and sinful. Humanity started living in a world, medieval theologians would argue, in which we do not belong yet to which are confined. Only our elevated spirit, our divine image, allows us to escape.

Centuries passed before Christian theologians placed us back into the world, through John Calvin’s sensus divinitatus or ‘sense of the divine’ (Institutes of the Christian Religion, 1536), all the way through to Paul Tillich’s idea of God as the ‘ground of being’ in The Courage To Be (1952). Meanwhile, in philosophy, Western humanity had already began the slow crawl back to nature. For instance, since the Enlightenment, knowledge was increasingly seen as the realm of the scientists, who study the natural world to look for truth. Those who favoured abstract thought were time and again dashed against the rocks of science and empirical enquiry. Even within the church, thought is increasingly leaning into science, not against it. The physical world around us is becoming home again. One could even argue that human nature had been restored to the natural world.

Then along comes Covid-19. People who have existed for generations as nature within nature suddenly found themselves removed from it. But we didn’t have the clear message of distinction given by medieval theologians; rather, we had confusing government messages and lockdown. Overnight the world became virtual. Twitter ‘experts’ became as valid as anyone else; fake news and news were inseparable; and once again humanity found itself disconnected from the real, natural world. And as the joy and gimmicks of the online world wear off we are left bereft, with no secure grounding, no physical contact, lost in an online world which alienates us not only from nature per se but also from human nature.

Of course this process had already begun to an extent. Through our idolising of technology the natural world began to be warped by the digital. For years we have been worshipping at the altars of Apple and Microsoft, the anomie (lack of the usual social or ethical standards) and constant wanting of new technology now a perfectly acceptable trait of the human.

Our focus was already shifting, then; but thanks to Covid-19, the shift became jet-powered – until now, left reeling, we sit in our Zoom meetings or attached to social media, longing for the mundane reality we had to leave behind. And as humanity further removes itself from nature, it finds itself once again in the throws of the illegitimate bifurcation – the perception that we are above nature, cast out from it like Adam and Eve. This leads to alienation, unhappiness, and despair. 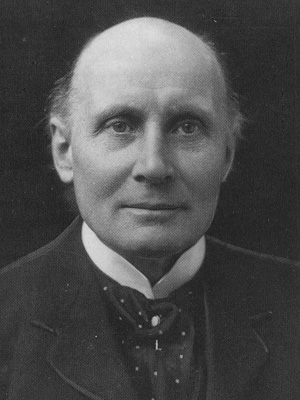 Alfred North Whitehead (1861-1947) tried to fix the ills of the separation of humanity from nature through his philosophy of perception, as spelt out in his classic work Process and Reality (1929). Whitehead argued that one way we remove ourselves from nature is through the misplaced view that our standard perception of the world is separate from the ‘causal efficacy’ which facilitates that perception. Causal efficacy can be understood as the cold, hard sense data we receive when we first experience the world – the raw information given to us through our senses, which our brains then have to process. This raw sense data can be seen as our ‘pure perception’ of the environment. Humanity, however, has developed a process of conceptualisation which sits on top of our experience of the sense data, producing a layer of experience which Whitehead calls our ‘presentational immediacy’. This has become a direct part of our normal perception of the world.

It works like this: when we see a table, we ignore the initial barrage of sense data entering our mind (the experienced size, colours, shape, etc) and instead leap to conceptualising ‘table’, with a set of meanings associated with the idea of it. The world becomes one of concepts and our ability to see just what our senses are reporting becomes weaker. Instead we see what we expect, what fits with our concepts. Magicians play on this all the time to fool their audiences, but we are also fully capable of fooling ourselves. In order to avoid once again the fallacy that we are above and separated from nature, Whitehead argues, we need to emphasise the causal efficacy – the pure perception element which preceded and triggers our conceptualising. However, in the world of the online, this process of seeing the world prior to our conceptualisation of it just got a whole lot harder, simply because it adds yet another layer between us and our pure perception of the world.

As I teach my lessons, using a combination of recorded tutorials, live remote lessons, and YouTube, the students will engage with and learn about difficult human ideas and concepts. They will express the human obsession with the beauty of thought, in a way which is entirely separated from any actual humans. Even the Zoom sessions are in a sense entirely false. In a normal classroom-based lesson we will bounce ideas off one another, pursue avenues of thought, debate key issues, and get lost in discussions. On Zoom, this freedom is lost, or at least, significantly muted. Yes, we are all learning; but are we learning? Once again we feel separated from reality, the causal efficacy of our perceptions having been shoved further away from us. Nature is once again bifurcated, illegitimately, into the natural world and the human world.

But we are nature. To deny we exist in a natural world as entirely natural beings is to deny we are human. The online, whilst a temporary saviour in the current crisis, runs the risk of becoming a permanent curse. Knowledge gained through the online world is cold and hollow, and whilst I will be able to support students to learn how to pass their exams, I will be limited in how much I can support them to learn in life.

Perception is everything when it comes to our knowledge of the world. A world perceived online is one which can only serve to make people less human. The sooner we can sit together in a room and discuss this, the sooner we can be happy philosophers once again.

Alex Duell is Head of Religion and Philosophy at Talbot Heath Senior School in Bournemouth, England.

Horton Hears A Who!

The Social Contract: A License to Steal

The Puzzle Of Patriotism