What is Philosophy For? by Mary Midgley

To philosophy… and beyond! John Shand agrees with Mary Midgley about philosophy’s purpose.

What is Philosophy For? is a remarkable book by any standards: Mary Midgley wrote it in the last year of her life, and she was ninety-nine when it was published! Would that we were all as compos mentis at that age. It’s just as well to get these considerations out of the way as soon as possible, for they are irrelevant to the merits of the book, except insofar as the book clearly reflects a very long time thinking about the answer to the question posed by its title. 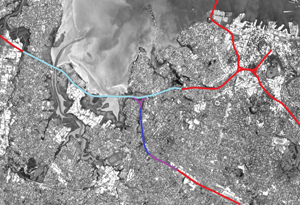 At the outset I want to lay my cards on the table and agree that her answer is broadly speaking correct. I have a few caveats, but essentially it’s right. What it amounts to, is that philosophy stands at the apex of the multitude of ways that we can think and talk about the world because it lays out how these ways of thinking and talking relate to each other, and may or may not be fitted together. We are presented with a bewildering set of views and positions about the world and our place in it. Imagine an array of pigeonholes: philosophy gives us some structure or guide as to what intellectual positions get posted into which holes, in some kind of orderly manner. Midgley herself encapsulates her view of philosophy thus: “it explains the relations between different ways of thinking. It maps the path that thought can follow” (p.21).

This guidance has two functions, somewhat related. One is to create some kind of ordered whole for thought. The other is to work against our being locked into one viewpoint such that we cease to consider others. This does not mean that we accept all the views as equally justified or true – it’s not an open door for relativism – but it does mean that we know how to place views within a greater structure. This ordered placing is a never-ending process, owing to the appearance of new ways of thinking about the world and our place in it. This explains why Midgley is somewhat cagey about whether philosophy makes progress. In one sense, it does not, for it is not a cumulative burrowing down to fundamental truths, as occurs in science. But she says philosophy does make something that might be called progress, in that it adapts its placing of positions and ways of talking to particular times. So no progress in the linear sense of ‘an overall aimed-at finishing endpoint’; but progress as in, one might say, moving with the times. However, no philosophical position ever becomes completely obsolete, for we find the same ideas turning up repeatedly in different forms.

Midgley is rightly critical of the modern inclination towards philosophy modelling itself on science, as if journal articles on, say, truth, were like the collaborative research exercise aimed at a cure for cancer. I must emphasize that Midgley is not anti-science in any way – far from it; but science must not be taken as the only way of thinking and talking about the world. That would be scientism, the ‘new sedative’ which fails to see that the coverage and results of science are limited, and do not encompass all possible knowledge.

Philosophers should be broad in their interests, rather than knowing more and more about less and less. Philosophy spans the different views and ways of thinking about the world such that, as Midgley says, a university without a philosophy department should not rightly be called a university at all.

This view of what a university must be is a harsh but true indictment. It goes along with the claim that philosophy, far from being an idle (perhaps even an idler’s) luxury, is necessary for healthy and illuminating thinking and the interplay and exchange of ideas – and is indeed near unavoidable for all but the irredeemably close-minded and ideologically locked in.

Along the way in What is Philosophy For? Midgley addresses a couple of substantial philosophical problems, namely the natures of mind and free will. Again, her view seems to me to be well on the right track. The start of her track is to point out that the so-called ‘hard problem’ of consciousness – how does the physical activity of our neurons produce our experience? – is hard because it is often couched in terms of a certain materialist way of talking, which leaves us with nothing but the head-scratching conundrum of how a ‘lump of meat’ (even this formulation is wrong, as meat is dead, as she points out) can give rise to the phenomenon of subjective awareness. Her point is that this way of setting up the problem is avoidable once we take a philosophical look, and realise that a supposedly ‘scientific’ materialism is only one way of talking about the world, and a way of talking based on subjective awareness itself is an equally valid way – a view through a different lens, or asking a different set of questions. This then illustrates exactly the kind of taking up one way of talking and another way of talking in two hands and encompassing both which is the role of philosophy, allowing us to think about a problem in a more illuminating way, rather than futilely and unnecessarily battering away from within one position.

Now for some minor caveats, none of which undermine the essential rightness of what Midgley says philosophy is for. One caveat is to question the framing of the question itself, in particular concerning the connotations of the word ‘for’. It might be asked whether philosophy has to be for anything, rather than saying it simply is something. She’s right about its role of placing and relating the array of ways of talking – but if this idea is pushed too hard it underestimates, perhaps even leaves out, the intrinsic interest of philosophical problems. This point is succinctly expressed by A. J. Ayer at the very end of his book The Central Questions of Philosophy (1975), where, having said that of course philosophy may serve things outside itself, that it may even change things (which it undoubtedly has and does), he goes on to say: “Even so this is not the source of its charm for most of those who practise it. For them, its value consists in the interest of the questions which it raises and the success which it achieves in answering them.”

There are few slips in the book. When they come, as they very occasionally do, it’s down to economics, where Midgley’s knowledge looks a lot shakier, and her opinions are conventional of a certain perspective typical of the liberal left. In this case she seems unable to quite pull off what she advocates – getting outside a relatively closed perspective. Much the same criticism applies to her environmental views. In both cases one might say her views get the better of her philosophy. The book also has a tendency to circle back repetitively, along with a tendency to shoot off occasionally at tangents.

Slavoj Žižek – The Elvis of Philosophy?