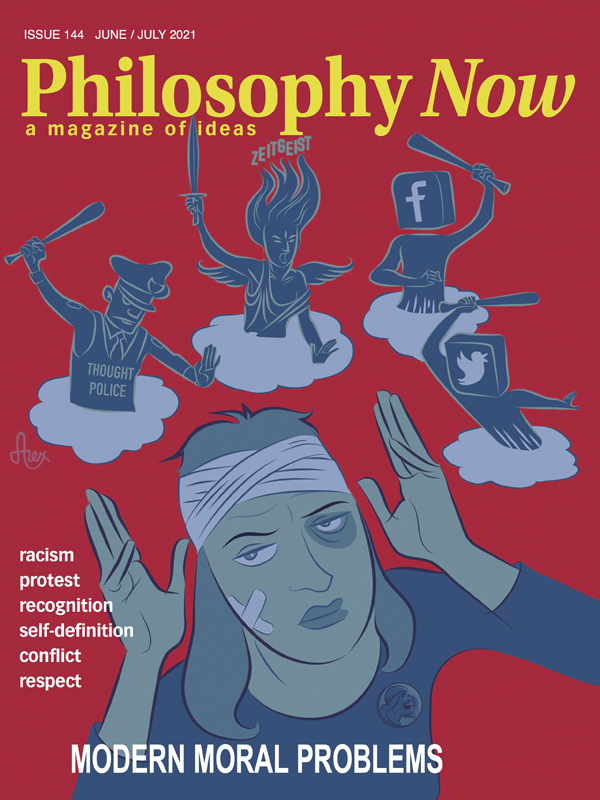 The Ethics of Fat Shaming

Charlotte Curran tells us precisely why fat shaming is unethical.

A Stoic Approach to Racism

Frank Thermitus says prepare for the worst to achieve the best.

Is Election Meddling an Act of War?

Elad Uzan argues that although it may well be, this doesn’t necessarily justify a warlike response.

Gerard Elfstrom asks what such creatures, if they exist, would be like and how much it matters morally.

Karen Parham explores the collection of curious concepts Gilles Deleuze and Felix Guattari use in their organic perception of reality.

James R. Robinson finds ways of bridging the gap (or not).

Phenomenology At The Beach

Chad Engelland philosophically analyses the experience of being at the seaside.

Dean Ericksen finds something strange in his cabinet of philosophical curiosities.

Martin Jenkins gathers his courage, steps through the wardrobe and meets an enchanting professor.

Martin Savransky is a Senior Lecturer in Sociology at Goldsmiths, University of London. He works at the intersections of philosophy, postcolonial studies & political ecology. Thiago Pinho talks with him about Pragmatism and the politics of the pluriverse.

Peter Adamson considers explanations of evil in the context of slavery in nineteenth century America.

‘The Laws of Nature’

Raymond Tallis gazes into the gap between nature’s habits and the laws of science.

What is Philosophy For? by Mary Midgley

To philosophy… and beyond! John Shand agrees with Mary Midgley about philosophy’s purpose.

Philosophy in a Technological World: Gods and Titans by James Tartaglia

The Promise of Artificial Intelligence by Brian Cantwell Smith

Brian McCusker looks and leaps into Casablanca with Søren Kierkegaard.

The War with the Insectoids