Zapffe For A New Political Age

Cameron Hendy thinks it’s about time we all stopped.

Do you recall the first time that you stumbled across Peter Zapffe (1899-1990) – assuming that you ever have done? I do. His antinatalism – the idea that the human race should stop reproducing – was new to me at the time; simultaneously exhilarating yet terrifying. Reading Zapffe’s essay The Last Messiah was almost epiphanic – an intense moment that represented the crystallisation of my own nebulous philosophical position at the time.

To read The Last Messiah is to experience déjà vu, and revisit thoughts that tend to arise spontaneously due to the essential nature of human existence. Perhaps this is the best indicator of the fact that Zapffe touches upon a topic that seems instantly familiar to most of us: the inescapable, sometimes unendurable nature of merely being alive. For many readers the position Zapffe articulates may also feel the epitome of all philosophical taboos, defying the conventional assumption that continued human existence is morally desirable.

Zapffe, an eccentric mountaineer, who was also Norway’s greatest existentialist writer, presents a beautiful, haunting view of existence. In essence he says that humans are a tragically over-evolved species, having developed a vastly more powerful intellect than that needed to survive in the biological sense. This biological aberration exceeds the parameters of consciousness within which we would otherwise have been as content and innocent as the other higher primates. As Zapffe himself puts it:

“Whatever happened? A breach in the very unity of life, a biological paradox, an abomination, an absurdity, an exaggeration of disastrous nature. Life had overshot its target, blowing itself apart. A species had been armed too heavily – by spirit made almighty without, but equally a menace to its own well-being. Its weapon was like a sword without hilt or plate, a two-edged blade cleaving everything; but he who is to wield it must grasp the blade and turn the one edge toward himself.”
(The Last Messiah, 1933, translated by Gisle Tangenes, Philosophy Now Issue 45)

Burdened with an intellect capable of introspection in a world full of suffering, it follows that the average human must necessarily develop coping mechanisms. Zapffe divides these mechanisms into isolation, anchoring, distraction and sublimation – small acts of necessary and sometimes wilful resistance against the irrepressible anguish of being. But these views, in Zappfe’s deeply pessimistic perspective, are mere sticking plasters on the gaping incurable wound of human suffering.

How then, should one face into the tyranny of existence? Zapffe was obviously not a man who wished to be misunderstood. His creed in The Last Messiah is: “Know yourselves – be infertile and let the earth be silent after ye.” Zapffe challenges us to contemplate the absurdity of suffering in order to reach a more lucid position regarding the need to procreate. He argues that human existence itself is an excruciating, insurmountable source of suffering which should be deliberately avoided. No consideration nor any exogenous factors may serve to ameliorate the misery of humanity - but we could avoid perpetuating that misery by choosing not to have babies.

However ideologically pure this position may be, however rationally considered, it is a position that defies very basic tenets of the human psyche. It is true that we are composed of matter capable of perceiving itself – similarly, it is even trivial to acknowledge that many of us feel a deep, primal desire to have children. These feelings often conflict with colder, yet perhaps seemingly more cogent interpretations of our urges to perpetuate our genes. 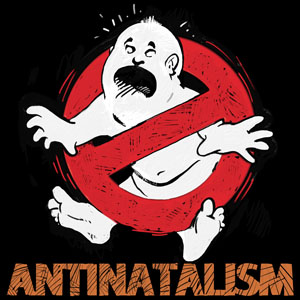 Zapffe explores the idea of the ultimate negation of consciousness as an internally motivated process. Indeed, the notion that our hyper-developed and self-referential perceptual machinery, the human mind, might lead us to our deliberate destruction, is common enough. But shouldn’t we analyse the intrinsic potential for pain alongside the other aspects of Zappfe’s antinatalist recommendation. We must also consider the possibility that the external world may under certain conditions exert an ameliorating influence on the experiences of individuals: in other words, something might happen to significantly reduce human suffering. Life might get better. Does taking a broader view help us deal with Zapffe’s conclusion, either for or against?

As you may expect, a simple solution to such a dense problem does not exist. For several reasons we can even expect that the average human life will become worse over the coming decades. Taking but a few examples from the developed world, we can lament the rise of mental illness, real wage stagnation, political polarisation, opioid addiction, and climate degradation. It is becoming exceedingly difficult to justifiably assume that the lives of your (perhaps hypothetical) children will be unambiguously better than your own – and that’s an assumption that was almost implicit in the West for a couple of centuries at least. Perhaps we find ourselves falling into the trap of exceptionalism, naïvely believing (or more realistically, naïvely hoping) that no matter how dire the social conditions become, we and our own family will be exempt from the worst effects: that we will be able to raise children who will lead healthy and fulfilling lives. Indeed, it would be difficult to find many parents who would argue the contrary – indicating that this optimistic perspective might be a survival mechanism itself, serving a similar purpose to the other modes of comforting human self-deception Zapffe describes. Despite the facts, children continue to be conceived and raised – some of them presumably born to parents who have read The Last Messiah and agree with its central premise! These parents, we might assume, are also acutely aware of the doom-laden geopolitical trends of our age, and reasonably expect their progeny to be impacted negatively by at least some of them. Is this not a paradox? 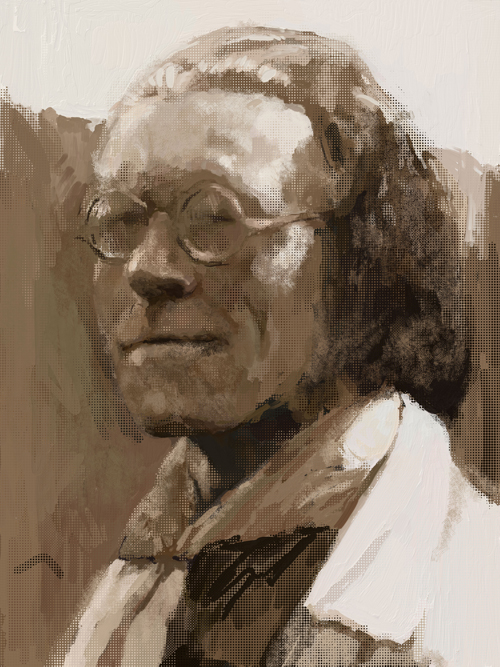 Ironically, the act of raising children probably serves as the ultimate distraction from any tendency towards existential reflection. The initial sleep deprivation, the interminable cooking, washing, the drudging housework, are things that consume inordinate amounts of mental energy.

The Last Messiah interrogates the ostensible paradox of continued human existence, also adequately explaining how this paradox is perpetuated. All else being equal, it is easy to read Zapffe and agree with him – but it is excruciatingly hard to apply his conclusions to yourself. I expect that many of his persuaded readers do not remain staunch antinatalists for long, despite the increasingly incontrovertible evidence that we should be. Perhaps there will always be elements of our fundamental nature more durable than the tendency towards self-reflective self-destruction. In any case, our species survives, and looks to go on doing so no matter how foreboding the clouds on the horizon. We read Zapffe, we agree with him that human existence is better brought to an end, and then we go and have children of our own.

Cameron Hendy is a writer living in Central Victoria, Australia.

Tetris: A Game of the Absurd