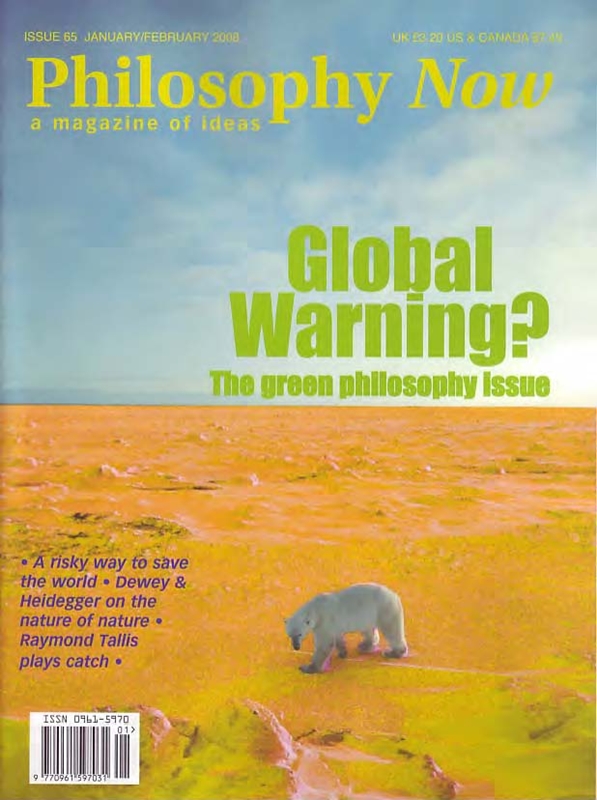 Nicholas Maxwell says we need a total rethink concerning the way we think.

Paul Keeling reacts with a Green perspective on religious insult.

Tim Madigan asks, why did the featherless biped cross the road?

A Re-Evaluation of All Values?

William Robins on genetics and Nietzsche’s Will to Power.

A Role For Consciousness

David Hodgson pulls together his experience to understand experience.

Cathal Horan is distracted by the eternal search for meaning.

Dzifa Benson compares being a producer with being a consumer of pop culture.

Following our recent focus on education, Kristina Pelletier asks why there is no place for philosophy in American public schools.

How Are The Mind And Brain Related?

Our nineteenth nearly numinous knot of knowledge numerically knitted with nous by Deiradiotes.

Mary Midgley – ID she wrong? • Great Chain of Being Wrong • Ethics and Reasons • How To Do Philosophy

Who Caught That Ball?

Raymond Tallis ponders the fields of action in which our freedom is expressed.

The Corporation: The Pathological Pursuit of Profit and Power by Joel Bakan

Lisa Kemmerer calls corporations to account under the guidance of Joel Bakan.

Adebowale Oriku with a warning about indecision.