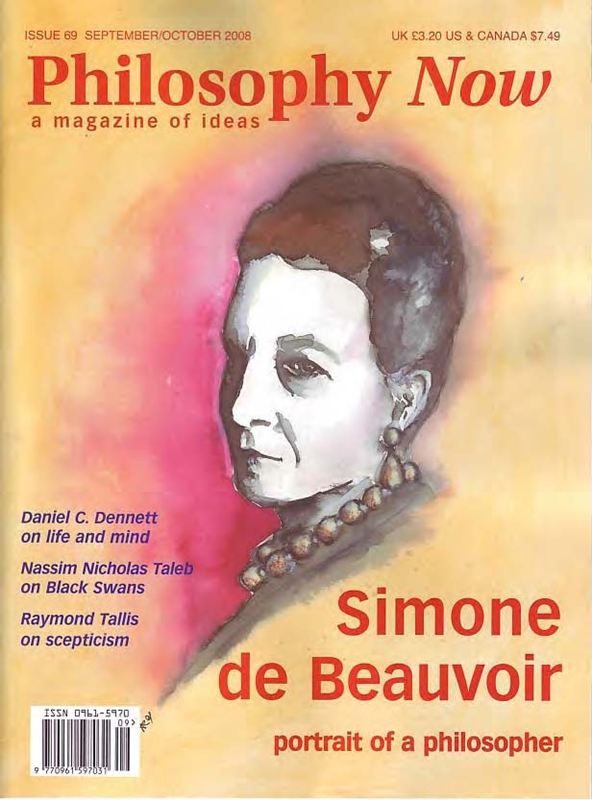 A Question of Vengeance

Pauline O’Flynn explores de Beauvoir’s argument that punishment is necessary to demonstrate that the degradation of humanity can never be ignored.

The Accents of Her Ruby Lips

Annina Lehmann argues that wearing lipstick is a choice which shows that though we’re influenced by society, we can still make decisions about who we want to be.

The Ethics of Ambiguity

Daniel C. Dennett reflects on his philosophical life, in this episode from the time he received his first academic post, at the University of California, up to 2003.

Philosophy and the Art of Living

Chad Trainer seeks out the causes of the birth of Western philosophy.

Hans Lenk on symbols, interpretation and the nature of thought.

Nassim Nicholas Taleb has had a run-away success with The Black Swan, a book about surprise run-away successes. Constantine Sandis talks with him about knowledge and scepticism.

Raymond Tallis is sceptical about Moore’s scepticism about scepticism.

The Bible – The Biography by Karen Armstrong

The Philosophy of Film Noir

Les Reid sees through a lens darkly with Mark Conard.

Grant Bartley looks behind the images of the film Robots to find three perspectives on artistic greatness.

Peter Worley’s heroine discovers that love goes deeper than the senses can penetrate.

Juke James thinks himself into a poem.