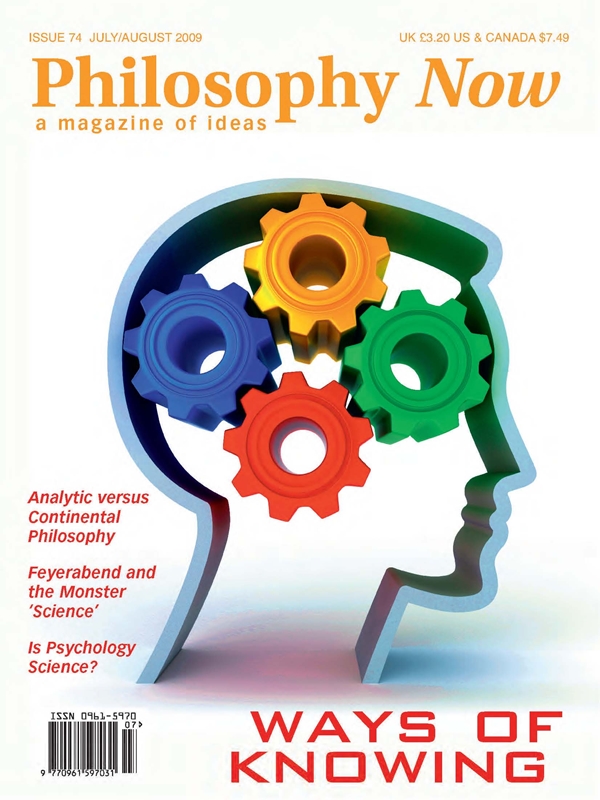 The Edge of Knowledge

Kile Jones explains the differences between these ways of thinking.

Russell Berg has fifteen criteria for scientificness and he knows how to use them.

Peter Rickman tells us why it isn’t.

Ian James Kidd introduces an iconic iconoclast of the philosophy of science.

Would My Zen Master Fail Me For Writing This Article?

Patrick Cox tells us why Zen has to use words to get beyond words.

Predestination and the Wagers of Sin

Stephen Anderson analyses as he would be analysed.

Charles Taylor is one of the world’s leading living philosophers. Chris Bloor talks to him about philosophy and society.

Thus Conscience Doth Make Crickets of Us All

Tim Madigan is startled by the form of the angel on his shoulder.

From Here to There: A Phi-Fi Investigation

Hypotheses? Forget About It!

Raymond Tallis from the home front in the war of words.

A Sceptic’s Guide To Atheism by Peter S. Williams

Luke Pollard finds nothing new about the New Atheists.

C.S. Lewis and the Search for Rational Religion by John Beversluis

John Loftus heartily agrees with a debunking of C.S. Lewis.

What We Can Never Know by David Gamez

David Braid peers at the limits of what we can possibly know anyway.

Terri Murray tells us about a Hollywood hero beyond good and evil.

The Bells, The Bells

Josh Tomlin gets a clear picture of his prospects.

‘The mission of poetry is to make us alive’ – Lorca