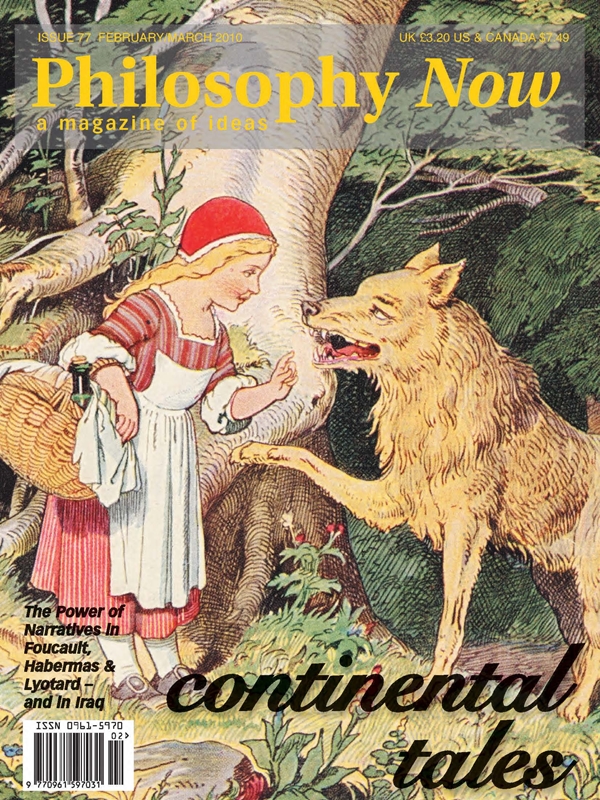 Peter Benson tells a tale of Sartre, Barthes and Derrida.

The Heterotopia of Disney World

Christophe Bruchansky asks if we’re living in a global themepark.

Colin Bisset is inspired to do nothing.

Plato And Aristotle In The Underworld

Carl Murray finds Plato and Aristotle having a hell of an argument.

The First Servant In Iraq

Douglas Gearhart says there are 1001 stories from Iraq.

The Roots of Reason

Jeffrey Scheuer on the philosophical legacy of J. Renford Bambrough.

Jennifer Benson urges you to add some sin to your bookshelf.

Our thirty-first concise but confounding corralling of concepts concerning contemplation by Deiradiotes.

I Sink, Therefore I’m Not

The Myth Of Time Travel

Raymond Tallis time travels merely by the power of thought.

Albert Filice looks in the mirror and observes an alien consciousness through the eyes of Hegel.

The Highest Number In The Universe

Sam Morris gives us a glimpse of his near-infinite wisdom.