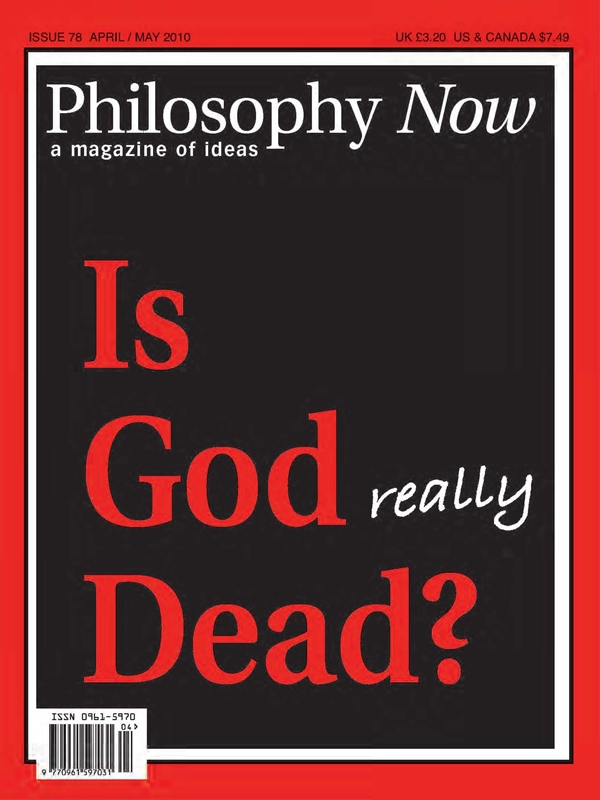 Meet the New Atheism / Same as the Old Atheism?

A Catholic Clergyman Responds to the New Atheists

Good Religion, and the Good It Can Do

Is God Coming or Going?

Is Religion Bad For Society?

The Not So New Atheists?

Jon Wainwright considers the resonance of a Victorian ‘ethics of belief’ debate.

The Varieties of Atheist Experience

Paul Cliteur asks: if an atheist is someone who doesn’t believe in God, which God don’t they believe in?

A force for good? Fr. Thomas Crean says it depends whether a religion is true or not.

Michael Antony argues that the New Atheists miss the mark.

Leibniz and the Science of Happiness

William Byers, mathematician, and Michael Schleifer, moral theorist, use their judgement to calculate the improbability of a machine thinking like a human being.

Other Creatures: A Few of Many Philosophical Beasts

Get The Drift • Tractatus Tunes • Determined To Be Free • Love and its Disappointments • Psychology, Science & Behaviour • Feyerabend and Nightmares • The Missing Month

Having returned from the turn of the Fourth Century B.C. to the turn of the Twenty-First A.D., Socrates eagerly signed on as a Philosophy Now columnist so that he could continue to carry out his divinely-inspired dialogic mission. Now, a decade later, he hears a distant summons…

Am I a Plagiarist?: ‘Teleporter on Trial’ on Trial

Raymond Tallis on the true mystery of memory.

I Am A Strange Loop by Douglas Hofstadter

Ernest Dempsey finds out the meaning of life from Terry Eagleton.

Terri Murray responds to a shocking film in a shocking way, with the help of Lewis Rose.

The Death of Pythagoras