Alistair MacFarlane shows how the life of this logician reached beyond pure logic.

Gödel’s Incompleteness Theorem, like Einstein’s Relativity Theory and Heisenberg’s Uncertainty Principle, fundamentally changed the way we look at the world. Described by Bryan Appleyard as “one of the most profoundly shocking or exhilarating statements in twentieth-century thought,” the Incompleteness Theorem strikes a deep and resonant chord in philosophy because it says something fundamental about the limitations of logic, and also about mathematics, computers and science. Hence many people want to know something about the man and his theorem. What makes this popular interest in Gödel extraordinary, is that his original paper on the theorem, On Formally Undecidable Propositions of ‘Principia Mathematica’ and Related Systems (1931) is so inaccessible. Its formidable difficulty is such that neither Bertrand Russell nor Ludwig Wittgenstein were able to follow its argument in the original undiluted form. But it was immediately recognised by logicians as the most important mathematical proof of the twentieth century. It delivered a mortal blow to attempts, such as those of Russell and Whitehead, to derive the whole of mathematics from within a single logical system. Briefly stated, the Incompleteness Theorem says that for any axiom-based system of deductive logic with a sufficiently rich axiom set, there will exist true statements that cannot be shown to be true or false using only that formal system. In other words, all logical systems will generate propositions that they cannot prove, but which we can see to be true. Our mathematical reach will therefore always exceed our logical grasp. But this means that no matter how fine we spin the web of deductive logic, and no matter how big we make our axiom base, we cannot capture all truths by absolute proof. This was a shocking conclusion, because it had been thought that mathematical certainty, and so, much of scientific certainty, rested on proof. It was exhilarating too, because it posed new and fundamentally important philosophical problems, and drove a wedge between the concepts of truth and provability. 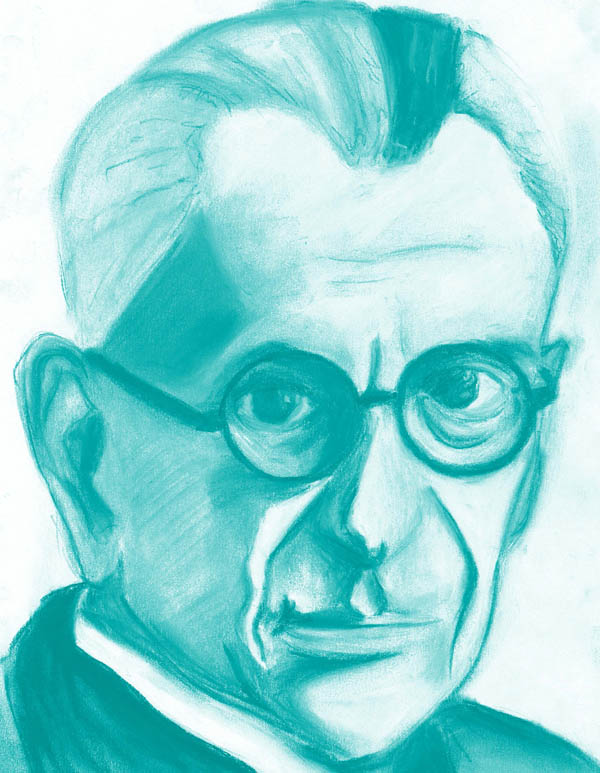 Kurt Gödel was born on 28 April 1906, in Brünn in Moravia, then part of Austria-Hungary (now Brno in the Czech Republic). His father Rudolf had come from Vienna as manager and part owner of a leading textile firm. His mother Marianne (née Handschuh) came from the Rhineland, where her father was also in textiles. There was an elder brother Rudolf, who became a radiologist, and who, like their mother, remained in Austria through the Second World War and afterwards. The family was prosperous, and emphasised their Germanness in the multi-racial Austro-Hungarian Empire. Kurt was a generally happy but timid child whose health gave increasing cause for concern. His extremely inquisitive nature led the family to call him Herr Warum (‘Mr Why’). In school he showed high intellectual prowess, a formidable power for sustained and concentrated work, and a shrewd care for conserving his energy, excelling in all subjects. Entering the University of Vienna to study mathematical physics, he soon switched to pure mathematics. In 1927 he met Adele Nimbursky (née Porkert), a night-club dancer, and they became lovers. His family were appalled and adamantly opposed, but Kurt was unmoved, and the couple eventually married in 1938. The family’s objections are hardly surprising, if misguided. And for those who have struggled mightily to understand his work, the idea of Gödel pursuing a dancer in a night-club is almost as hard to comprehend as the proof of his famous theorem. But it was the best decision he ever made: Adele was to prove a lifeline as Kurt moved ever further into the realms of extreme abstraction. In the end it turned out that he literally could not live without her.

By the time Austria was annexed to Germany in 1938, Gödel had joined the staff of the University of Vienna, but he was not retained since he was considered to be Jewish. On one occasion he was attacked in the street by hooligans who thought so too; but the redoubtable Adele chased them off with her handbag. In fact, his father was Catholic, his mother Protestant, and the children received no religious instruction.

In March 1939, Gödel received orders to report to the army for a physical examination. Jobless, and faced with the prospect of conscription into the German army, he decided to leave Austria for America. Considering an Atlantic crossing too risky, Kurt and Adele travelled through Russia to Japan, then across the Pacific. Leaving Austria on January 18, 1940, they arrived in San Francisco on March 4, and subsequently took up residence at the new Institute for Advanced Studies (IAS) in Princeton.

The IAS had been founded in 1930 to house a community of eminent scholars. Einstein was the first professor, and following the academic sensation of his 1931 paper, Gödel became one of the first visitors. He returned as a visitor in 1938 and, following his escape from Austria, became a permanent member of staff. Adele disliked the academic and social snobbery she found in the IAS, which she sardonically called the Altersversorgungsheim (home for old-age pensioners).

Applying for citizenship in the USA required an interview, which usually included a few basic questions about the US system of government. Gödel accordingly carried out a searching logical analysis of the US Constitution, coming to the conclusion that it did not exclude the possibility of the United States being legally turned into a dictatorship. On April 2 1948, Gödel presented himself at the government offices in Trenton, accompanied by his sponsors Einstein and Oskar Morgenstern the economist.

“Up till now you have held German citizenship,” said the presiding official.

“Anyhow,” the official said, “ it was under an evil dictatorship, and that’s not possible in America.”

“On the contrary” cried Gödel, “I know how that can happen.”

Fortunately his sponsors restrained him long enough for him to be sworn in as a new citizen.

Gödel made other major contributions to mathematical logic, and these alone would have elevated him to the highest rank of logicians. An example of his phenomenal grasp of mathematical argument came when he was asked to contribute to a special volume (in the Library of Living Philosophers) on the work of his friend Einstein. He gave a new, wholly unexpected and original solution of Einstein’s field equations, in which he demonstrated how a form of time travel might be possible. Einstein thought very highly of this, and it remains of interest to relativity specialists. Unfortunately, Gödel published nothing during the last twenty years of his life, although he left many manuscripts.

After he arrived at Princeton, his main interest shifted to philosophy. For some years he studied the phenomenology of Edmund Husserl closely, but alas, we do not know why. His principal interest, to the point of obsession, became the work of Leibniz, who he thought had discovered the secret of life (an obsession reminiscent of Newton’s with alchemy). Gödel was a Platonist – an extreme conceptual realist: for him, the numbers of arithmetic and the systems of mathematics have a reality independent of anyone experiencing or thinking about them. Since to him mathematics was not a human construct, it was natural for him to regard proof as distinct from truth. As his Incompleteness Theorem itself seems to demonstrate, he felt that we could intuitively grasp truths we could not prove. Constructivists, who believe that the truths of mathematics are constructed through human reasoning and do not have a human-independent reality, lack such sublime certainty: for a mathematical constructivist everything must be proved if it is to be fully grasped.

After thirty-six years at the IAS, Gödel retired at the age of seventy, having outlived Einstein, Von Neumann and the other founding fellows. A year later, Adele had major surgery and was for some time in a nursing home. The effect on Kurt was catastrophic. Faced with the need to look after himself, he stopped eating, convincing himself that his doctors were trying to poison him; and he gradually starved. Finally, he was admitted to Princeton Hospital as an emergency patient. He continued to refuse food, and died two weeks later, on 14 January 1978, sitting upright in his chair. The death certificate recorded the cause of death as “malnutrition and inanation [exhaustion] caused by personality disturbance.” Adele died three years later, and both are buried in Princeton Cemetery. They had no children, his brother Rudolf never married, and so the family line ended.

This frail, tortured and supremely gifted man was the greatest logician since Archimedes, and one of the strangest men who ever lived.

The Philosopher King, the Veil & the Mammoth

The Philosopher as Spy

Be Your Own Person – Be a Philosopher