Alistair MacFarlane contemplates a philosopher who spoke the languages of art.

Nelson Goodman broke through a barrier that had separated art from science and logic. Many had struggled with the question: What is Art? None of their answers satisfied Goodman, who asked a different question: When is Art? In his view, asking when something functioned as art could be given a satisfactory answer.

Aesthetics has a long philosophical history, having been studied by Plato, Kant, C.I. Lewis and many others. Goodman, building on their carefully constructed foundations, was able to produce a coherent overarching approach that treated art as an equal partner of logic and science. Despite the originality and uncompromising nature of his approach, he saw it as belonging to the mainstream of modern philosophy. This, in his view, began when Kant, at the end of the Eighteenth Century, considering what was of primary importance for human knowledge, exchanged the structure of the external world for the structure of the mind as primary. It significantly continued when C.I. Lewis exchanged the structure of the mind for the structure of concepts; and the structure of concepts was elaborated with the development in analytical philosophy of symbol systems for the sciences, the arts, and everyday discourse, at around the beginning of the Twentieth Century. Goodman saw this as a movement from an erstwhile unique truth and fixed world, towards a diversity of worlds in the making. Realist philosophers – who cling to the idea of fixed absolute truths – were unconvinced; but those of a more pragmatic outlook, and particularly those who felt that the arts are of immense value in their lives, found this approach attractive.

When Picasso was shown the prehistoric paintings in the Lascaux caves – carbon dated as 17,000 years old – he exclaimed “We have learned nothing!” This neatly expresses the difficulties faced in developing a philosophy of the arts: How can we use language and rationality to describe and analyse something created specifically to induce an emotional and irrational response?

Art expresses profound feelings which lie beneath language, which is perhaps evidenced by its longevity. The earliest surviving artistic artefacts are around 45,000 years old, so art emerged long before the first cities, which appeared around eight thousand years ago. In other words, art was already well established at the dawn of civilisation. Philosophy emerged less than three thousand years ago, and true science arrived less than five centuries ago. Despite art’s vastly longer pedigree, it was relatively neglected in the great philosophical renaissance that started with Descartes in the early Seventeenth Century. Yet art in all its forms expresses fundamental human needs and aspirations. It complements logic and science, and therefore demands an equal place in the canons of philosophy. Goodman’s great achievement was in opening up a means of integrating art into mainstream philosophy. He was not alone in his efforts. An alternative, and in many ways much more accessible, approach has been developed by Arthur Danto, who takes the simpler view that art is embodied experience – see his books What Art Is (2013) and The Transformation of the Commonplace (1981). 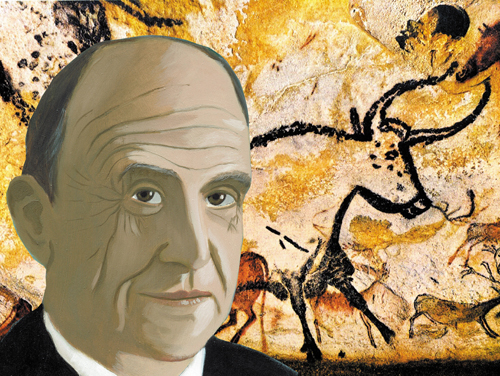 Henry Nelson Goodman was born on 7 August 1906 in Somerville, Massachusetts, the only child of Sarah Elizabeth (née Woodbury) and Henry Lewis Goodman. His academic career began where it ended, in Harvard, where he obtained his Bachelor degree in 1928.

Whilst studying for his Doctorate in Philosophy, Goodman directed the Walker-Goodman Art Gallery in Boston, earning much more than his academic supervisors. This early financial independence may have contributed to his lifelong willingness to swim against the academic tide. At the gallery he also met his future wife, Katherine Sturgis, an accomplished painter, who had come to arrange an exhibition of her work. This led to a lifelong collaboration, giving Goodman a unique insight into an artist’s view of the world. His love of, and close engagement with, art remained steadfast, and acted as a stimulus to his groundbreaking work in aesthetics.

Goodman’s doctoral thesis, A Study of Qualities (an important contribution to nominalism), was published in 1941. He served in the US Army for the duration of World War II. After teaching at Tufts University (1945-46), the University of Pennsylvania (1946-64), and Brandeis University (1964-67), he returned to Harvard in 1968, retiring as Professor Emeritus in 1977. At Pennsylvania his students included Noam Chomsky, Sydney Morgenbesser, Stephen Stich, and Hilary Putnam. In 1967, he founded Project Zero at Harvard – a research programme into artistic cognition and artistic education. He died in Needham, Massachusetts, on 25 November 1998.

A friend, Israel Scheffler, said that seeing through the flaws of rival views and finding counterarguments to criticisms of his own work came as easily as breathing to Goodman. Truly, taking issue with him was to take one’s philosophical life in one’s hands, and many rued doing so. A few brave souls nevertheless survived the ordeal and prospered. Among them was Catherine Elgin, who as well as becoming a collaborator, also became a leading expert on and interpreter of his work, notably in Considered Judgement (1996) and Between the Absolute and the Arbitrary (1997). Initially unwilling to approach him as someone notorious for not suffering fools gladly (and given the choice, not suffering them at all) she “overcame a strong instinct for self preservation” and contacted him. To her astonishment and delight, she found a warm, witty and generous man, who was nevertheless as exacting and demanding as his reputation had promised.

Goodman’s philosophy is contained in four major works: Fact, Fiction and Forecast (1955), Languages of Art (1976), Ways of Worldmaking (1978), and with Catherine Elgin, Reconceptions in Philosophy and Other Arts and Sciences (1988).

The first title provides a neat summary of some of his key ideas. He saw our attempts to grasp, understand, and interact with the world in terms of how we deal with the past (facts), present (fictions), and the future (forecasts). Goodman saw facts as small theories, and theories as big facts. Like Karl Popper, he saw our attempts to distill experience into schemes guiding action as fictions – that is, useful until falsified. Although some of Goodman’s work is highly technical (in which mode he made a major contribution to the problem of induction – see sidebar), his key ideas are vivid, easily graspable, and attractive unless you are an unbending realist, and believe that concepts have an eternal existence independent of human minds, and the world as something to be discovered through these concepts. Constructivists like Goodman, on the contrary see themselves as making worlds. For them there is no fixed objective world with a unique characterisation: there is instead the creation of a plurality of worlds, tailored to fit particular outlooks and experiences.

Art is one of the ways of making worlds. Art, in all its various forms, is treated by Goodman in terms of a language of symbols, and is put on the same basis as the sciences. Throughout his life, Goodman continued to resolutely refuse to admit any sharp divisions between art, science, and everyday experience.

We face a complex and challenging future in which economic survival seems to depend on an ever-closer embrace of science and technology. Yet, while yielding to this necessity, we must also retain and nourish our humanity and further develop our social systems. Among other things, this means we must continue to embrace and support art in all its forms. Goodman’s great contribution was to point to a way in which this can be done without embracing absolutism. He cast a beady eye on all forms of received wisdom, and showed great creativity in devising fresh and penetrating approaches to some key philosophical problems. In his preface to Problems and Projects (1972), Goodman wrote that “The more problems the more projects; the more projects the more problems. Yet if there are more beginnings than endings in my work, I hope that the reader may now and again have an intimation that not all problems of philosophy are immortal.” This hopeful scepticism helped make him one of the Twentieth Century’s greatest philosophers.

All the emeralds I have ever seen so far have been green; so can I safely say that the next one I see will also be green? This is the classic problem of induction: how we can know that the universe will behave in a uniform way? But Goodman introduces an additional problem. We need to justify why some kinds of uniformity matter and others do not. He says, suppose instead of green and blue, we use the predicates grue and bleen. Grue means “green until time t and blue after that.” Bleen means “blue until time t and green after that.” Therefore at time t, without anything else changing, emeralds will change colour from grue to bleen. Does this mean the universe isn’t behaving uniformly? Many would say this kind of uniformity doesn’t matter; but Goodman then challenges us to say exactly why this is so.

Teaching Philosophy vs Teaching To Philosophise