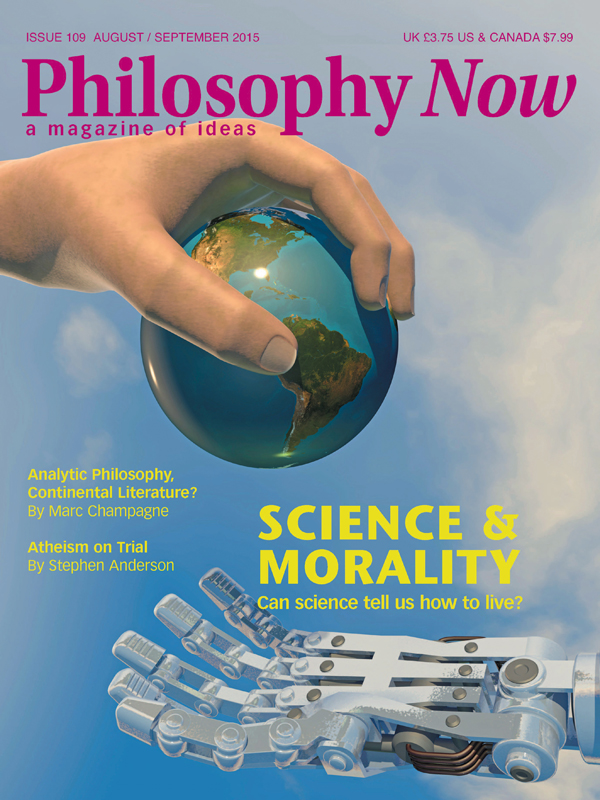 Ching-Hung Woo looks at the many facets of Albert Einstein’s approach to ethics.

The Prisoner’s Dilemma and The Evolution of Morality

Jason Xenopoulos asks if accelerating technological change and the widening gap between rich and poor mean an imminent evolutionary divergence for humanity.

Marc Champagne argues that the supposedly ’professional’ style of the analytic tradition does not ensure professionalism, nor indeed, clear-mindedness.

David Ward probes the application of philosophy to Australian bushfire.

In Defense of Alain Badiou

The Dominant Narratives of Future Societies

Ernest Dempsey on what sci fi stories say about the stories controlling our lives.

Alistair MacFarlane contemplates a philosopher who spoke the languages of art.

Plato’s Cratylus: The Comedy of Language by S.M. Ewegen

Grant Bartley observes a party that goes a little too far.