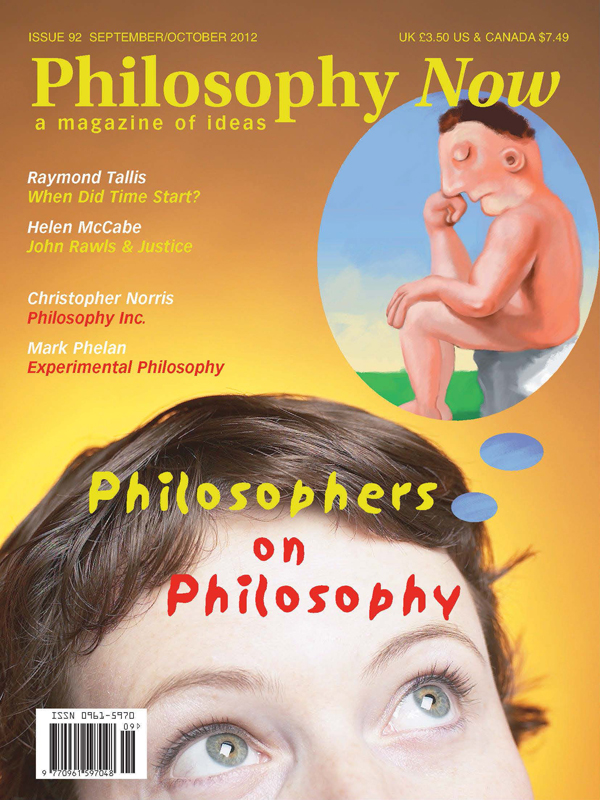 Experimental Philosophy As An Elephant

A Farewell Letter To My Students

John Corcoran looks back on his career as a philosophy teacher.

Helen McCabe considers the arguments over Rawls’ theory of justice.

Ben G. Yacobi asks if it is possible to live authentically.

Authenticity: Keeping It Real And Then Some

Leigh Roche says authenticity means expressing your real self, whether in life, art, or skateboarding.

A Dialogue on Metaphysics

Dale Jacquette listens in on an argument about what can be deduced from the fact of our experience of a complex world.

Was he the greatest American philosopher? Alistair MacFarlane studies the signs.

What’s The Most Important Question, and Why?

The following answers to this question of questions each win a random book.

Did Time Begin With A Bang?

Ethics For A Broken World by Tim Mulgan

Let the Right One In

Colin Brookes reflects on ethical and aesthetic issues between vampires and us.

Ron Pies wonders if people live authentically according to their early ideals.