For more than a decade Maria Antonaccio, Professor of Religious Ethics at Bucknell University, has been at the forefront of a revival of philosophical interest in Iris Murdoch’s writings. Her previous books in this area – an edited collection, and an important study of Murdoch as a moral philosopher, Picturing the Human (2000) – have helped to situate Murdoch’s texts for a new generation of ethicists and theologians.

At the heart of Antonaccio’s position is the view that Murdoch is both a Platonist and a liberal, concerned with discerning order while not ignoring the sheer contingency of the world. This core position is attractive and in many respects convincing.

Her latest offering is a collection of thematically linked articles which explore Murdoch’s preoccupations with religion, the value of the individual, and the political implications of a modern Platonic ethic. This is more of a smorgasbord than Picturing the Human. However, I do not say this as a criticism. It is, perhaps, an advantage. Readers with enough philosophical background can pick and choose their chapters without requiring an in-depth knowledge of Murdoch. Besides which, I rather liked a number of these articles when they first appeared, and wouldn’t be terribly keen to see them rewritten beyond recognition in order to produce a slightly more unified text.

One of the main themes which joins the chapters together is ascesis, the idea of the moral life as a discipline of ‘unselfing’, which involves systematically resisting the ‘fat relentless ego’ in order to see the world as it really is and others as they really are. This is a demanding conception of morality, and although Murdoch believes in a Platonic Good (of some sort) rather than the personal God of Christianity, it involves a view of moral life which has its roots in religion, and more particularly in religious traditions of renunciation. It may even be a little too monkish for modern tastes. However, Antonaccio tries to show that the Murdochian ascesis has two sides to it: on the one hand there is renunciation and the struggle against the ego; but on the other hand there is aesthetic engagement, imagination, and a legitimate concern for human consolation. Ascesis in the relevant sense involves both. This constitutes something of a shift from a once-entrenched view of Murdoch, which has however been under strain for some time. This view involves a strong contrast between Murdoch’s philosophical texts, which do promote ethical renunciation, and her novels, which are full of life and concern for well-being and contentment. Antonaccio suggests that both sides of this tension are present in Murdoch’s philosophical texts: that in spite of their renunciatory atmosphere, a warm concern for human well-being is always presupposed. This is plausible. A concern for happiness is explicitly flagged-up as axiomatic in Murdoch’s final, sprawling philosophical text, Metaphysics as a Guide to Morals (1993).

To some extent, Antonaccio is giving voice here to a trend in Murdoch scholarship that she has herself been part of. There are other aspects of the book that are slightly more innovative. One of these is a stress placed upon the influence of Plato’s Timaeus dialogue. At the heart of the Timaeus is the myth of the Demiurge – a perfectly just being who creates the world from pre-existing and recalcitrant materials. Unfortunately, because of the intractable nature of the materials, imperfections are built in, and humans end up not as perfect beings but as flawed. Yet the Demiurge is nonetheless a perfect artist, whose selfless striving to be just is connected to a warmth of concern and to the exercise of his imagination. He is a model of a moral agency as something complex, and as involving more than renunciation of any egocentric desires. Pointing to the influence of the Timaeus upon Murdoch isn’t new, but drawing out this connection to art, imagination and ascesis is new, and interesting.

There are also two pioneering chapters towards the end of the text where Antonaccio tries to extend Murdoch’s ethical insights into the political domain, a move which Murdoch was clearly attempting in a number of her later texts. This politicization of her Platonism involves a distancing from some of Plato’s own authoritarian inclinations and a more liberal embracing of the importance of the individual. Yet this takes place within a moral psychology which includes the claim that an idea of the Good is inescapably structured into human ways of thinking and judging. Hence, the overall outlook remains Platonist. What Antonaccio offers, and what Murdoch herself does seem to have offered, is a liberal Platonism – a mixture whose stability is a matter of debate.

This is all good stuff, and makes for a fascinating text. However, I do have a couple of reservations.

Firstly, a controversial feature of Antonaccio’s earlier work was her classification of Murdoch as a ‘reflexive realist’ about morals. This classification has drawn forth a weak objection and a strong objection. The weak objection is that reflexive realism pictures moral judgements as being true only by appeal to the structure of human consciousness, and so it doesn’t seem like a form of moral realism at all. The strong objection is that the meaning of ‘reflexive realism’ remains so obscure that classifying judgements in those terms doesn’t help to explain what makes moral judgements realistic. For the record, I’m inclined towards the latter objection: I’ve never quite understood what Antonaccio was getting at. But this is perhaps my fault. Given the obscurity of ‘reflexivity’, and the fact that a restatement of the established points is unlikely to shift opinions, the brevity of Antonaccio’s return to this issue may be a good thing. Better by far to cut into new territory.

Secondly, I am a little uneasy about Antonaccio’s tendency to switch back and forth between the claim that Murdoch targeted ‘egocentricity’, and the claim that she targeted ‘selfishness’. They are not exactly the same. We can be egocentric in the sense of being preoccupied with our own interests without being selfish. We may, for example, be giving through being masochistic and guilt-ridden, and yet be preoccupied with ourselves precisely because of these hateful attitudes towards our merits. In Antonaccio’s defence, this is a confusion which is embedded in Murdoch’s own texts, although the dominant sense seems clear: it is the ego which is the main enemy. Again in Antonaccio’s defence, egocentricity does figure far more prominently in this book than it did in Picturing the Human. 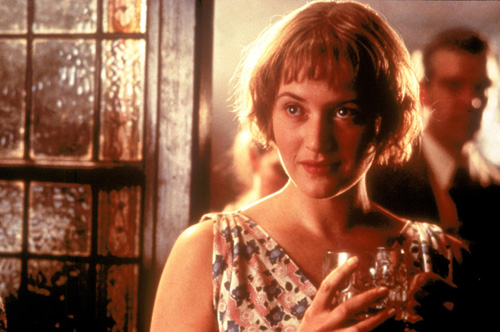 In any case, these are minor reservations. This text is a must-read for Murdoch scholars, and it brings together some great individual pieces. It’s probably not the best place to start if you want to an introduction to Iris Murdoch’s philosophy, but anyone who already has a good grasp of the basics should find it insightful and engaging.

Tony Milligan is a Lecturer with the Department of Philosophy at the University of Hertfordshire.

The Usefulness of Theory