The Righteous Mind by Jonathan Haidt

Jonathan Haidt, although technically a psychologist, has sufficient expertise to write well on topics with relevance to philosophy. His topic in this book is morality and its impact on politics, and he addresses it, primarily at least, from the perspective of evolutionary psychology – that is, by considering how our moral instincts might have evolved. His approach, therefore, is necessarily ‘naturalistic’ or ‘external’ – meaning that he is concerned with explaining rather than justifying moral belief. This causes him some difficulties: he has a paradoxical sympathy for moral conservatives, whose understanding of their own position tends to be anything but ‘external’ (they see themselves as having pretty much the only right perspective on morality). However, he is admirably non-reductive in his efforts. In Haidt’s hands, evolutionary psychology loses the tunnel-vision it acquires from some of its proponents, and opens itself to insights from both sociology and philosophy.

This is a book strong on metaphors, and one of the best is that of the mind as an irrational elephant ridden, but hardly controlled, by a rational rider (this is a re-imagining of Hume’s notion of reason being the slave of the passions). For Haidt, the central mistake of psychologists and philosophers has been to address themselves not to the elephant, but to the rider – whose job turns out to be little more than the post hoc rationalisation of the actions of his or her steed. In fact, because they concentrate more on the rider – the reason – and less on what their instincts are telling them, rationalist or constructivist philosophers, who all turn out to be ‘liberals’, are apparently blind to the crucial importance of notions such as group loyalty, authority (liberals only acknowledge this as legitimate under certain conditions) and sanctity in our moral lives. Haidt takes the political and cultural implications of this to be highly significant. Liberals, because they operate within a set of rational moral parameters based ‘only’ on compassion, freedom, and a particular and quite narrow notion of justice, are, he claims, politically disadvantaged compared to conservatives, who can appeal to people’s full range of moral intuitions (or instincts). Moreover, liberals and conservatives are doomed to misunderstand each other in ways which border on the absurd. Indeed, their moral perspectives end up being so far removed from each other that they frequently fail to see their counterparts as having any kind of moral viewpoint at all. 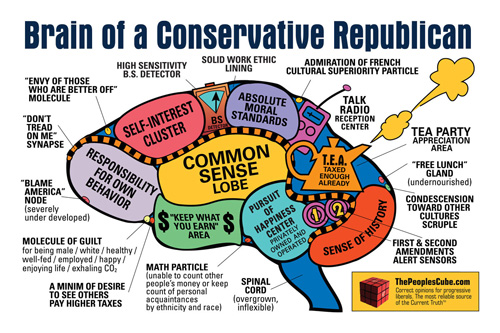 By setting up this moral distinction between liberals and conservatives, this book steps straight into a controversy currently gripping the world of evolutionary theory, and one which, moreover, reveals certain problems in Haidt’s treatment of conservative and liberal ideas. Put simply, compassion specifically, and moral obligation to strangers in general, is a problem in evolutionary science. From the standpoint of a theory which says that the core of our motivation is to pass on our genes, it is in particular difficult to explain why some people run into burning buildings to save people whom they’ve never met. One account, favoured by Richard Dawkins amongst others, suggests that what is going on here is a kind of evolutionary short circuit. In other words, a reaction that should be applicable only to close kin is wrongly generalised in some individuals to strangers (perhaps the ‘compassion response’ arose when we lived in groups so small that we would have shared significant chunks of DNA with all those who might have needed our help). Against this rather bleak idea are ranged the supporters of Edward O. Wilson and ‘group selection’. This theory, which Haidt is sympathetic towards, suggests that individuals who possess ‘co-operative genes’ are more likely to be members of successful groups. 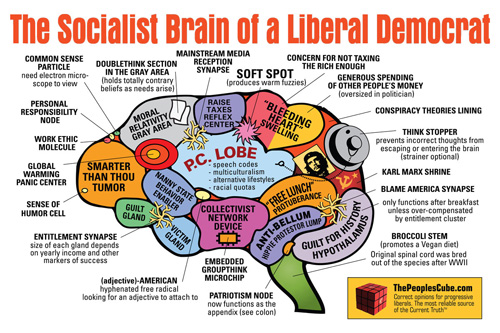 For us, the technicalities are unimportant. If evolutionary psychology is true, there must be some account of the facts of human co-operation and compassion derivable by it. What is significant however is the way that Haidt deals in different ways with the moral intuitions of liberals and conservatives. Conservative instincts, stressing as they do what he calls ‘groupishness’ – an emphasis on the interest of one’s own group – are easy to account for evolutionarily; but liberal ideals, which stress universal obligations to people, are not. For example, my tendency to give to overseas aid charities rather than to local ones is based on the slightly soulless principle that a pound spent in Africa might lead to a more profound change in a child’s life than one spent at home. I’ve met conservatives of the ‘charity begins at home’ persuasion who are mystified by my reasoning, and Haidt can explain exactly why. From his perspective, in-group preference has an evolutionary origin, while my universalism, like the moral instinct in general for Dawkins, can only be explained as a kind of glitch.

The constant theme of this book is the way that slightly emotionally-constipated liberal philosophers (he suggests that Bentham and perhaps even Kant had forms of Asperger’s syndrome) have constructed supposedly rational foundations for morality with no recognition of its biological and social origins. Instead, for Haidt, it is the visceral groupishness of our instinctive elephants rather than the universalism of our rational riders that explains who we are. Moreover, social peace is dependent upon our groupishness, to the extent that diversity and the moral uncertainty that it brings is detrimental to our chances of attaining it. In this diagnosis Haidt is in line with Robert Putnam, whom he cites as suggesting that individuals either retreat in the face of diversity, or hunker down and end up, in Putnam’s evocative phrase, ‘bowling alone’. Thus, counter-intuitively, the siege mentality induced by perceived threats to our identity leads not to stronger in-group ties but simply to the isolation of individuals within their own communities. Haidt, like Putnam, has little helpful to say about how we might cope with this situation, beyond a series of rather vague and contradictory suggestions for increasing social interactions between groups (they simultaneously suggest that such interactions will lead to more hunkering down and that they will provide an antidote to it).

Haidt’s book is in many ways an American book, focused on American concerns. Europeans aren’t generally exercised quite so much by patriotism or religiosity as their transatlantic cousins. It is not wildly implausible to suggest, against Haidt’s thesis, that there might even be some connection between the groupishness that he values and the social disharmony that many see in his society. Comparatively, Europeans, even the British, aren’t anywhere near as unequal as people in the United States, and, as Richard Wilkinson and Kate Picket point out in The Spirit Level (2009), there is a remarkable correlation between social inequality and violence, offering an alternative explanation for social conflict to Haidt’s. (Haidt cites Wilkinson and Picket in his bibliography but does not discuss the implications of their work for his thesis.) Overall in Europe, the tide of progressive liberalism has risen high, and has done so in all its secular, universalist, glory. Many of us are glad of this, and fear a return of the kind of identity-based politics that, twice last century, drenched our continent in blood.

Interestingly, what fascinates many non-Americans most about the United States is not its groupishness, but its origin in a quintessential Enlightenment moment. In the U.S. Constitutional Convention of 1787 a group of ‘enlightened’ men (they weren’t quite enlightened enough to let women participate) sat together in a room and used their powers of reason to invent a nation. The philosopher Alasdair MacIntyre (in After Virtue, 1984) has called into question the coherence of a nation based on the notion of the universality of rights and the reign of reason, in a way that Haidt would understand.

Haidt acknowledges that sometimes, if rarely, the elephant riders do talk to each other, and it is surely in this way that liberals and conservatives might come together constructively. Liberals, for example, have come to understand that they need to face up to the ‘free rider’ problems of welfare dependency, while some conservatives acknowledge the difficulties of providing equality of opportunity in the context of extreme social inequality. Ultimately, however, it seems to me that this book tells us something more profound about our moral viewpoints than even Haidt recognises. On the one hand, there are those of us who search most fervently for coherence in our moral perspectives (we call ourselves liberals); and, on the other hand, there are those who seek balance in theirs (these are the conservatives). When liberals come across a contradiction between principles – say that between fairness to an individual and group loyalty – they tend to make a final and irrevocable decision about which to prioritise. Conservatives, by contrast, are pragmatists, and instead exercise judgement based on the particular circumstance. In philosophy, we have other names for these two tendencies. The former we have named already as ‘universalism’, ‘rationalism’ and ‘constructivism’; while the later – relativising the good to culture and community – is ‘communitarianism’ or ‘neo-Aristotelianism’. This dichotomy is one which might be worth investigating further from both a psychological and a philosophical point of view.

Chomsky on Global Myths and Realities