Theories That Refute Themselves

Arnold Zuboff untangles the problems of a particular type of bad thinking. 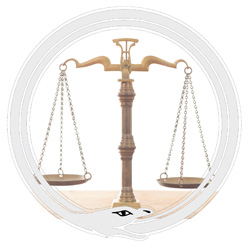 Let me try to be more specific about both my target and my criticism. My interest here is precisely views that would reject views taken to originate from a neutral platform of objective validity. At the heart of these rejecting views is an insistence that no such objective platform for truth could exist. The fatal problem for any such view about truth, however, is that this view can itself have no sense unless it is conceived of as itself solidly based on the very sort of platform it would dissolve away. The views of such rejecters of views are therefore incoherent. And so my claim against them, that their views refute themselves, is not just a clever trick – a turning of their own words against them, perhaps. Rather, my claim goes to the incoherent basis of these stances.

There is an echo of such claims against absolute principles in the strangely popular idea that there is no quality or situation with which there cannot be a contrast. But if so, must there not then be a possible contrast with that situation? If all things are supposed to be, let us call it, ‘contrastable’, then we also must suppose that there is a possible contrast with being contrastable – which of course would itself refute the notion that all things must be contrastable.

My strong recommendation is that whenever one comes across anything like an absolute rejection of everything absolute, one test that rejection against itself.

The Special Problem with Relativism

Sometimes suspect claims that absolutely reject everything absolute may be expressed in terms of a specifically relativist rejection of objectivity. This claim may be that ‘all truths are relative’ – true only in the context of a time, or for a culture, or for a person, or within a given conceptual scheme. However, the proponent of any such view apparently hasn’t noticed that any total relativism about truth, whether historical, cultural or personal, must refute itself in either of two ways: the supposed relativism must either rule out or else rule in its own objective (non-relative) truth. Either way relativism refutes itself. Even if relativism takes itself to be renouncing its own objective truth, it can only be doing so from an implicit position of assumed objective truth.

So far, this is like the criticisms we’ve seen already. But in a relativist thesis we also find a new twist beyond the sort of rejection of the absolute we have so far encountered.

We might characterize the first positions we considered as sounding extremely negative: they wished to say ‘no’ to any value judgment, or any truth, or absolute principle, or certainty, or to the establishment of any philosophical thesis. Relativist theses, on the other hand, may sound extremely positive. For although relativism is a rejection of objectivity, at the same time, it presents itself as an acceptance of all competing views as somehow equally true or valid. Absolute relativists seem to welcome every value judgment as valid, every proposition as true, or every philosophical thesis as capable of being established. However, the negative and positive-sounding positions are closely allied (they also tend to appeal to the same people). Both the extremely negative and extremely positive responses to truth or value are different ways of saying that nobody can occupy a privileged platform of objective validity.

But the positive-sounding claims of relativism do render it distinctively vulnerable to a second layer of criticism in terms of being self-refuting. For not only are relativist positions committed to rejecting their own objective application in the self-refuting fashion that we have already seen; in addition, according to their seeming tolerance and generosity, the relativist positions must also welcome any views that oppose them (as well as rejecting such views).

Let me explain. The truth of the view that all truth is relative (to times, cultures, persons) must itself be merely relative if the view itself is to be true. But we can see that the truth of relativism cannot itself be relative, by noticing how relativism, if merely relatively true, must treat the opposing view, that truth may be objective across all times, cultures, persons, and conceptual schemes. If a time, a culture, or a person were objectivist – believing in the objective validity of some ideas – then the relativist, if he’s relativist about relativism, must grant the truth of the objectivist view within that time or culture or for that person. Note though that such a relative truth – the contradictory ‘relative truth of objectivism’ – cannot be what the objectivist himself could count as the truth of his own theory – which is the precise idea that truth is not just relatively true within that time or culture or for that person. So by the objectivist’s own standards – relative to him, as we may say – he is not being granted any sort of truth for his theory at all by the relativist. So once again, relativism has been shown to be incoherent. Moreover, even if we did (impossibly) allow that objectivism could be true in some such merely relative fashion, objectivism would then only be true because relativism was requiring objectivism’s truth and so its own falsity! It is clear that relativism must regard itself as governing truth, and so as being true even in those cases where relativism itself requires that relativism is not true…

Absolute relativism cannot be taken by the relativist to be true only at a time or in a culture or for a person. So relativism, which is the rejection of objective truth, could only be true if it were objectively true. And thus absolute relativism destroys itself by making the conditions of its own truth impossible.

A Possible Origin of Relativism

Let’s briefly consider what I regard as one of the main inspirations for relativism. An object like a hand can be viewed and described in many ways, some true and some false. It can be true at once both that this is a single hand, and that it consists of a multiplicity of parts. A bad argument for idealism (the idea that only experiencers and experiences exist) or relativism, could run as follows: “A hand has at once the contradictory properties of unity and multiplicity. Which of these inconsistent properties it has depends purely on how you look at it. Seen one way, it is one hand; seen the other way, it is five fingers, a palm, and so on. Now nothing objectively real could be at once one and five. So there is only the subjective experience, and idealism is right. And neither of these descriptions, though both are valid or true in the eye of the beholder, could be an objectively true description. So relativism is right.” But no contradictory properties have really been discovered in that hand. If it is simply specified that the number concerned is that of the hand and not the fingers, the number is definitely one. If the specification is of fingers and not hands, the number is five. The properties of being one hand and of being a multiplicity of parts not only fail to contradict each other; they mutually support each other. There are, of course, cases in which inconsistent properties are attributed to the same thing; but then, if the object is real, at least one of the attributions must be wrong.

Our relativist, whether or not he is clear about it, requires contradicting, inconsistent descriptions of the world to be equally true. However, at the same time he cannot make use of the endless variety of consistent objective aspects of the world that an objectivist is happy to recognize. The objectivist knows that what one age or culture or person may perceive as true of the world may not be perceived by another, and that what the other perceives as true may not be perceived by the first. As long as there is no contradiction between any two such discoveries, there is no problem in the objective truth of both. By contrast, a relativist would need both perceptions to be true even though contradicting of each other.

An objectivist about values similarly must recognize that one and the same action may be in some respects morally bad while in other respects morally good, and he must allow room for differences in taste regarding some issues of value. What the objectivist about values rejects is the incoherent relativist endorsement of two contradictory assertions regarding value. Contradiction, after all, is the possession by a thing of properties that exclude each other; and therefore no contradiction could ever exist.

Neither objectivism nor relativism directly tells us what truth actually is. But objectivism requires the correspondence theory of truth. This is the view that a claim about something is true if, and only if, that thing is really (that is to say, objectively or independently) the way that it is claimed to be. Pragmatism is a rival theory of truth that waters down the requirement for truth. It is roughly the view that truth belongs to those beliefs that steer us through life most efficiently. (Note that we are not to think that this efficiency is owing to their truth, but rather that their truth consists purely in the efficiency.) A pragmatist has often adopted his lower, practical standard of truth in order to avoid the skeptical challenge of establishing whether we have satisfied the higher, correspondence standard: the skeptic says we are not justified in taking our beliefs to correspond to how things are, and the pragmatist answers that correspondence is not the point anyway. (For what I believe is the right answer to skepticism, see my ‘A Justification of Empirical Thinking’ in Philosophy Now 102.)

This critique of self-refuting views has a pretty wide reach in philosophy. Let me add a few more examples: Have the deconstructors of texts deconstructed their own texts ? Do the Hegelian idealists think the Mind whose thought defines all that is real, is real itself only in its own thinking that it is? Do Wittgensteinians want to say that their own description of language as a game is itself merely a set of moves? Then, if rival descriptions of language develop within the game, they should be accepted just as much as Wittgenstein’s. But the reason for this equal acceptance would have been dictated by Wittgenstein’s description of language as a game – which would therefore still be holding sway over its rivals quite apart from its role and position in a game. So the ‘game’ description of language must be regarding itself simply as true – as corresponding to what language really is. It seems that every attempt to reject truth as objective correspondence to reality must run itself into the same brick wall.

Arnold Zuboff is a retired lecturer and Honorary Senior Research Associate in the Philosophy Dept of University College London.