The title of this article contains an ambiguity, and not by chance. ‘Derrida’ isn’t ambiguous; it refers, as you would expect, to the famous post-structuralist philosopher Jacques Derrida (1930-2004). But ‘Derrida’s Performance’ could refer to the theatricality of his writing, or it could refer to the meaning the concept ‘performance’ has for Derrida.

I allowed myself to purposely mix the two meanings because in Derrida they are already mixed. His means are his messages. In a sense I am just following his orders. It would be disrespectful to present his argument in any other way than to combine both meanings. To merely explain Derrida’s concept of ‘the performative’ would be to take it as purely anassertion, which would be to ignore the nature of the argument. On the other hand, just reading Derrida for his theatricality ignores the argument’s content. If he is doing something with words, it is essential to pay attention to the words. He is not just acting, he is saying something. If I were to take his arguments purely to reflect what it is to perform with language, I would be opposing his arguments about performance, as well as contradicting his idea of what it is to perform with language. The purpose of his performance in writing is to call our attention to the spectacle. For this reason, he is serious about joking, and joking about being serious. We may say that Derrida’s argument is precisely that seriousness and foolery have no clear demarcation.

In fact, the barricade placed around seriousness in writing is nothing more than attempt to preserve the fetishism of ‘true’ and ‘false’ that philosopher J.L. Austin had already denounced. Derrida begins his argument about language by showing how it is impossible to maintain such a division after Austin. Derrida wrote that Austin shows that language has deeper dimensions besides a correspondence to the world, and that this ‘locutionary’ force is only a limited part of the spectrum of language. But Austin nevertheless preserves the true/false dichotomy by preserving a moralistic perspective upon language. He preserves the authoritarian posture of demarking a proper from an improper use of language. 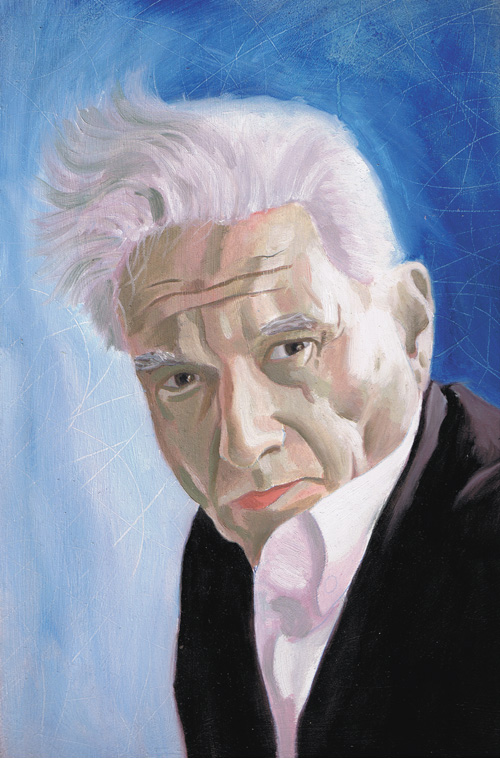 Derrida’s use of the performative aspects of language attempts precisely to take the road not taken. His argument is that proper and improper uses of language are not separate, but in fact dependent on one another, because language is built not on its successes, but on its failures. Language is never uttered in a singular, neutral, sterilized moment. Every word uttered has already been uttered and gains meaning from these past uses, and in this sense every word is parasitic on its previous usages to gain its present meaning. Language carries its past and the possibility of its future (This is the meaning of iterability for Derrida). The possibility of full understanding comes exactly from capturing all the references parasitized. Meeting this demand is evidently impossible. Given that knowing a total context is impossible, an utterance is always on the edge of being misunderstood.

It might superficially appear that this theory cancels any concept of truth in favour of an absolute performative understanding of language. In a world where utterances can never be fully understood – where a concept always escapes its full meaning in context – perhaps there cannot be any truth value to utterances. I find this misunderstanding highly disrespectful to Derrida. It misses his point completely, and does not answer the question he is asking. In fact it demands that his understanding fits the structure for language that he wants to overcome. Separating performative utterances from utterances that can be checked for their truth value is nothing less than cancelling his performative turn.

Derrida is not cancelling the notion of truth. He is also not presenting the performative aspect as just an interaction without content. Without some meaningful content there could be no clear determination of the intention behind such an interaction, so the distinction between success and failure would not be clear. Truth is scandalized when it becomes part of this game. It turns truth into a scandal by turning it into an act (in all senses of the word). Truth becomes just a scene. Truth in this scenario would just be a performance.

By contrast, Derrida uses the notion of ‘as if’ to illustrate what he means: an utterance performs as if it were true. It pretends to be truth. It is the performance of truth:

“To profess consists always in a performative speech act, even if the knowledge, the object, the content of what one professes, of what one teaches or practices, remains in the order of the theoretical or constative. Because the act of professing is a performative speech act, and because the event that it is or produces depends only on the linguistic promise, well, its proximity to the fable, to fabulation, and to fiction, to the ‘as if’, will always be formidable.”
(Derrida, The University Without Conditions, p.215, 1988.)

When Derrida describes the meaning of ‘professing’, this is precisely what he is doing: arguing his description as if it were true, as if it were possible, as if it were real. In this way he is not just acting in a sense of a playing a scene; he’s also ‘acting’ in the sense of attempting to produce a truth about the world – in the same sort of way that calling for a revolution demands not only a certain theatricality, but also calls for a real revolution. The meaning of the performative aspect of language for Derrida is precisely these productive actions performed with words.

Similarly, when Derrida describes the university in Mochlos (1980) and The University Without Conditions, he is not just performing in the sense of being on a stage, he is describing a university as if what he is saying were possible, and so performing an idea into being. 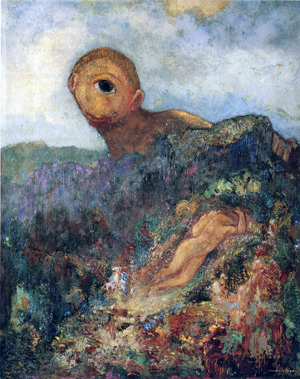 Derrida’s intention here is to poke the Cyclops of Enlightenment in the eye. He’s taking a flaming stick and blinding the Cyclops of ‘truth as representation’. The image of the Cyclops is not random. Derrida is criticizing the university not just as an educational institution, but for the structure of knowledge in society it represents. His argument demands a revision of how knowledge is produced and transferred. The one-eyed Cyclops representing the narrow assertive perspective on language is a good image in this sense. The Enlightenment or ‘Age of Reason’ that’s named using the metaphor of light is now being blinded by fire. The blinded Cyclops is not dead, and still has other senses. It can still move and perform. The blinding is also not by chance. With its one eye representing the singular model of language as a singular image of the world, Derrida could not take any other sense from the Cyclops. (In Mochlos, Derrida also says that ‘Mochlos’ is the name of the flaming wedge Ulysses uses to poke the Cyclops’s eye.) Moreover, fire is also light, but not the stable, mechanized light of the Enlightenment and its technology. Rather, it is live, unpredictable light. It does not stand still to be used according to our whims. When we do use it, it is never fully under our control; it escapes us.

The iconoclastic aspect of the performative is essential for Derrida. For instance, in describing universities, Derrida shows how the university as he portrays it is unrealistic. A university that separates itself from society and demands absolute autonomy in its authority of knowledge was never realistic. Even considered as a mere possibility it is absurd. This ideal of the university results from the same Enlightened perspective that holds an assertive view of language with all its consequences. Knowledge is a given, and the professor is a mechanism for broadcasting it. This is a university that provides ‘knowledge consumerism’. Only an alternative perspective on language, that is, one that takes into consideration the reality of performance and profession, serves the university, because only the performative copes with the full ramifications of what we do in professing and by professing. Derrida’s performative language iconoclastically creates the alternative, where the knowledge produced is not static in its true/false values. This knowledge goes beyond stasis and actually produces something.

Perhaps understanding his idea of production is the key to understanding Derrida’s idea of performance. It is not by chance that Derrida discusses working and production in an article concerned with the university. In the assertive model of language, the act of professing is work only in the limited sense that you talk about something. But this understanding does not consider the truly productive aspect of language. Moreover, if the university considers knowledge only in its static true/false sense, it betrays its responsibility to profess (in its other sense) knowledge. This is why Derrida claims the university does not work. As he writes:

“The declaration of the one who professes is a performative declaration in some way. It pledges like an act of sworn faith, an oath, a testimony, a manifestation, an attestation, or a promise. It is indeed, in the strong sense of the word, an engagement, a commitment. To profess is to make a pledge [gage] while committing one’s responsibility. ‘To make profession of’ is to declare out loud what one is, what one believes, what one wants to be, while asking another to take one’s word and believe the declaration.”
(The University Without Conditions, p.214).

The two meanings of ‘Derrida’s Performance’ are not separable; rather, they stand on each other. Derrida’s argument can hardly be described, that is, it can be illustrated or interpreted, but not simply explained. Any demonstration of what he means must be accompanied by showing his actual behavior. Furthermore, to consider his professing not by its full meaning would actually be to ignore him. It would be refusing his ‘as if’. It is not even confronting it or opposing it – it is refusing to even consider it. In other words, to take him seriously – that is, to ignore the performative aspect of his writing – is exactly not to take him seriously. It is to take his ‘as if’ as a description, as a pretend discourse, and not in its sense of a performance. It is putting him in the margin of philosophy, and not seeing that the ideas of margin/center, serious/jester, constative/performative collide as a knowledge structure, as Derrida says.

I believe Derrida’s performative understanding of language represents a significant change in the structure of knowledge that has not yet been fully considered, yet could serve us in understanding and coping with contemporary issues.

The Ideology of the Aesthetic by Terry Eagleton

The Dangers of Moral Certainty