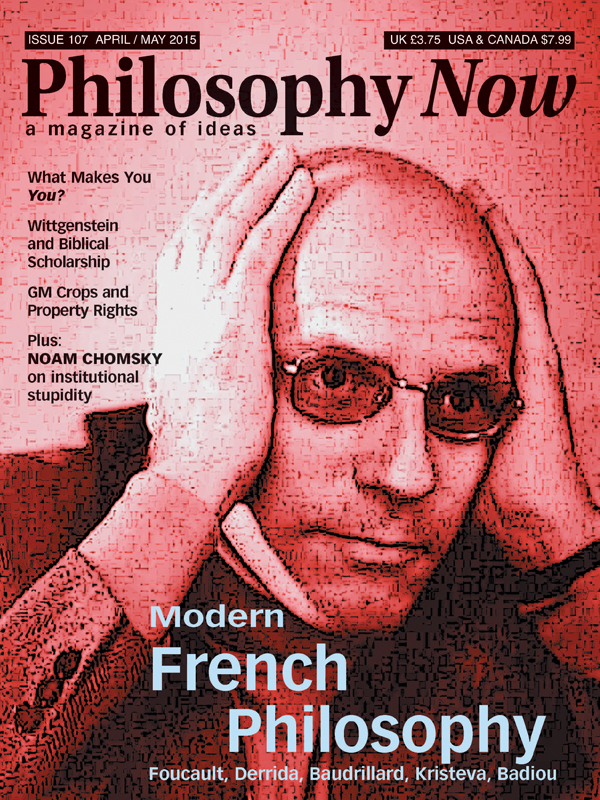 Peter Benson tells us how critiques of both Marx and capitalist society have evolved in France, with special reference to Jean Baudrillard and Bernard Stiegler.

Alejandra Mancilla uses an example from Robert Nozick to question the claims to ownership made by breeders of genetically modified organisms.

Phil Badger thinks about rudeness, blasphemy and tolerance in the wake of the Charlie Hebdo murders.

Why We Can’t Agree

What’s So Simple About Personal Identity?

Joshua Farris asks what you find when you find yourself.

The Problem of Communication

Dale DeBakcsy tells us how to not mean what we can’t say.

On Being Thanked By A Paper Bag

Raymond Tallis thinks outside the bag.

The Way of Love by Luce Irigaray

Michael Williams surveys the prospect of The Way of Love.

The Book of the Courtier by Baldassare Castiglione

Death of a President

Terri Murray finds herself in a maze of mirrors, but has Jean Baudrillard as her guide.