Phil Badger thinks about rudeness, blasphemy and tolerance in the wake of the Charlie Hebdo murders.

There are many reasons why one might choose not to publish a cartoon depicting the Prophet Muhammad but one of them should not be the fear of being shot. Perhaps the best reason would be the desire not to be insensitive to the beliefs of those whose life is given meaning by their faith that the man in question was the final messenger of God. I think that this might be the grounds upon which I’d refrain from picking up my pencil. In effect I’m saying that the best reason for self-censorship is the desire not to be rude. Of course there are times when being rude is justified, and to the extent that some varieties of Islam seem misogynistic, homophobic, and generally reactionary, being offensive about them might seem, at times, rather like a duty. However, I have Muslim friends who tell me that all those aspects of their faith which seem irredeemably backward are, in fact, cultural impositions on what is at core a progressive and enlightened faith. So it may be that my impressions are based on misconceptions, and I’m more than willing to be educated out of them. It could also be pointed out that other religions have their own skeletons in the cupboard. In particular, Christianity’s evils range from the historical horrors of Inquisitions, pogroms, crusades and witch-burnings, to the contemporary activities of people who shoot abortionists in the name of Jesus; and to claim one religion as more worthy of respect because it is slightly less drenched in blood than another seems a little short of being a decisive argument.

As an atheistically-inclined agnostic (I accept that the existence of anything at all is pretty mysterious, but think the problem of evil, to paraphrase Douglas Adams, “pretty much wraps it up for God”) I acknowledge I might be tempted to be rather glib about the sensitivities of people of faith, but that’s not to say that I’d go out of my way to upset them. I wouldn’t, for example, spend my time, as the artist Robert Mapplethorpe did, collecting sufficient quantities of my own urine to fill a tank in which I could suspend a crucifix – although I might be open to the notion that such a piece might have more than scatological merit. Again, the issue concerns what seems like gratuitous offence and how we might respond to it. One view is that such offence should be subject to legal penalties. In Pakistan today, blasphemy is a capital crime, and even calling for that law to be reformed is highly dangerous. It was not so long ago that people were prosecuted for blasphemy in the UK too, though with less horrendous penalties, and the forcible suppression of blasphemy still has considerable support in some quarters: the history of Salman Rushdie’s novel The Satanic Verses is a prime illustration of that. But many of us would strongly resist legally penalising religious offence because we combine the desire not to offend with the conviction that there should be no right not to be offended. In other words, we have a perfect right to get angry when people are disrespectful of our beliefs, but not to expect the law to weigh in on our behalf in suppressing them, nor to take matters into our own hands when it fails to do so. The point is that we live in societies in which one person’s deeply-held conviction is another’s absurd metaphysical fairy story, and, in this context, the idea that the sceptic might be silenced is unthinkable. At one extreme the mere continuing existence of people with opinions like mine, even if they were unexpressed, may constitute a living offence to a few people with what I’d call ‘chunky’ metaphysical commitments – but for us to live together harmoniously they have to put up with that or learn not to be offended.

To an extent, modern Christians have lost their taste for metaphysics in the face of the comprehensive trashing science has handed to some of their best stories. Evolutionary theory is just the only game in town for anyone outside of the lunatic fringe, and it is worth remembering that one former Bishop of Durham referred to the resurrection as “a conjuring trick with bones.” However – and it’s a very big however – Christianity is remarkably persistent despite all of this, and for some rather impressive reasons. In particular, there is something special (I almost want to say miraculous) about certain parts of the New Testament. To be specific there is Jesus’s pithy summation of the religion he was in the process of founding as loving God and treating our neighbour as we would want to be treated ourselves. When pressed on who might count as a ‘neighbour’, he tells a story which implies that nobody is excluded. In effect, the itinerant carpenter from Nazareth defines the worship of God as being inseparable from treating others with respect and compassion, and, in so doing, renders hatred in his name the prime blasphemy. This is the reason why Christianity, with all its metaphysical weirdness and its blood-drenched history, is itself redeemable, and it is the lack of an equivalent pithy summary that does such a disservice to Islam. Many times I’ve heard Muslims talk about their faith as one of compassion and peace, and I’m more than willing to accept that they are right to think that their beliefs are to ISIS what the Sermon on the Mount is to the Ku Klux Klan. The trouble is that there is, as far as I know, no simple quote from the Koran that spells it out in the same way the Sermon on the Mount does for Christianity. 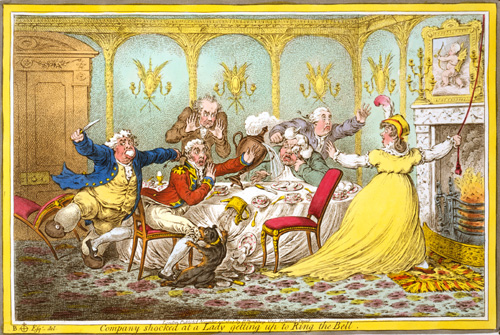 The Liberal Response To Rudeness

All of this still leaves us with the question of how we should treat those who are rude about the things we hold most dear. For some of the most liberal-minded of us, the answer must be that we are entitled to show our displeasure with them (to prevent us from doing so would be to undermine the very freedom of expression we grant to those who distress us), and even to warn others against their influence (even John Stuart Mill thought such a course justified), but not to act against them with the intention of suppressing them or demand that the law do so. Things might be a little different if someone’s beliefs were being trashed in such a way that it became obtrusive and unavoidable for them. If humanists were to stand outside the house of every person of faith with megaphones, repeating the message over and over that there is no God, this might be taken as intimidation or an infraction of the liberty of the faithful rather than legitimate freedom of expression. But short of this sort of situation, the liberal will demand the law stay silent.

For some, such as the American psychologist and polymath Steven Pinker, liberals profoundly misunderstand the significance of rudeness. In his fascinating book The Better Angels of Our Nature (2011), Pinker tells a great story about his younger self’s inability to understand why he should subscribe to the table manners set by his mother (the particular uses of knives and forks seemed especially important). He was filled with liberal indignation at the arbitrary imposition of social convention implied by his mother’s inevitable response, “Because I said so.” Pinker’s book goes on to tell us a far bigger and more important story about which his juvenile conflicts are emblematic. It often seems as if we’re living in a barbaric age, but Pinker makes a convincing case that by comparison with the broad sweep of history, the world today is pretty civilised. On his account, civilisation itself, and the remarkable reduction in levels of human violence that it has brought, are the products of progressively increasing rules of etiquette. Some of his examples are hilarious – Fifteenth Century books on manners apparently felt it necessary to point out that urinating in the corner of your host’s living room was unacceptable – but his central point remains that liberals often miss the point of social convention. The important thing about the rules by which we live is not that they might be justifiable on the grounds of reason (as liberals and ten year old boys tend to demand) but that they exist at all. Thus we live at the centre of a communitarian web of conventions and assumptions that shape life, give it structure, and make it possible for us to interact with each other in more-or-less civil and predictable ways.

The critical question for us to ask is, what happens when people whose sets of conventions are incompatible – especially their axiomatic beliefs concerning what counts as sacred – live together in modern, multicultural, societies? Some people think that, unless one set of conventions bows to another, there can be no peace, or that a kind of ghettoisation is the only possibility, as different groups ‘keep to themselves’. This is a counsel of despair, but it raises the question of just how thick the cultural soup we share needs to be to provide us with the means to make a common life for ourselves. For liberals like me, the answer must be something to do with the rights of individuals to live in accordance with what I call their ‘large scale concepts of the good’. As Mill put it in On Liberty (1859), “over himself, over his mind and body the individual is sovereign.” In a world governed by these values there can be no crime of apostasy and no lashes (such as those imposed in Saudi Arabia upon the blogger Raif Badawi) for those who demand freedom of expression. Similarly, there can be no action taken – as many demanded there be – against those who, in an act of protest against Britain’s involvement in the invasion of Iraq, burnt a wreath of poppies at a national ceremony of remembrance (in Commonwealth countries poppies are the symbol of remembrance for fallen soldiers). The liberal response, and one that literally brought tears to my eyes, was that of one very old Spitfire pilot who had fought in the Battle of Britain and who, when told of the implicit insult to his fallen comrades in the fight against Nazism simply said, “You don’t fight for people’s freedom and then tell them how to use it.”

Nonsense On Stilts? A Quaker View of Human Rights

An Education In Diversity?