Dale DeBakcsy tells us how to not mean what we can’t say.

People have bodies. That’s one of those inconvenient truths that most (male) philosophers can’t shove under the metaphysical rug fast enough. And female bodies – forget it. The response of Western philosophy to them has historically been a frenzied mixture of perplexity, ‘There Be Dragons’ panic, and ultimately, stunned silence. And yet, in shocking disobedience to our philosophical masters, we humans have quite ungratefully persisted in our bodily ways. Thankfully, for the past half century, philosophy’s body dread has been waning; and the consequences of our corporeal natures for our language, and through it for our cultural existence, have rarely been explored as thoroughly or as fruitfully as by Bulgarian-turned-French philosopher Julia Kristeva (b. 1941).

As a thinker, Kristeva is firmly within the psychoanalytic continuum stretching from Sigmund Freud through Jacques Lacan (Lacan applies psychoanalysis to analyze society). Kristeva’s linguistic, creative, and political projects all stem from a conception of early human development that takes its cues from the psychoanalytic tradition even as it challenges them. So although Kristeva points out the limitations of Lacanian theory, her criticism is from within a framework of investigating the boundaries between self and other that Lacan himself had put on the agenda. 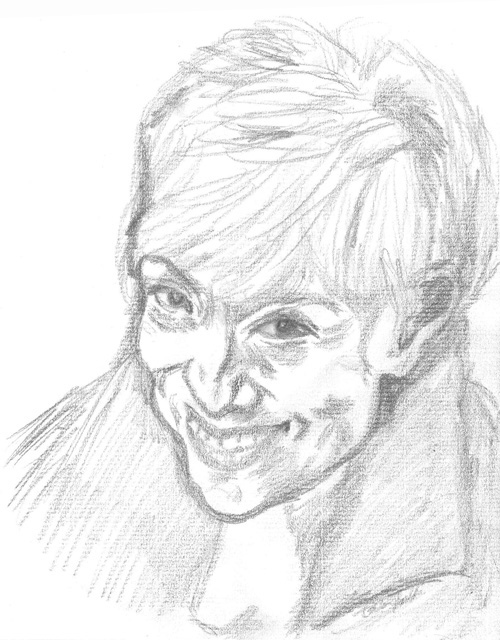 In particular, Kristeva focuses upon the infant’s creation of identity, and how that is forced in one direction or another by the dependence on, and eventual rejection of, a union with the mother’s body. On Lacan’s account, the infant emerges into language when an encounter with its mirror-image forces it to consider the fractured bits of its consciousness as a united whole presented to it as an outside object, the process being accelerated for boys by a fear of castration from the father if it continues its undifferentiated dependence on the mother. Kristeva seeks to make language and identity more distinct by pushing back the limits of their formation. She says that through identification with the mother and her love for the father, the infant is already forming distinctions and judgments that feed into a sense of self and the logic of language even before the infant begins to use language. Language is in the body before there are words to express it. More importantly, the pre-linguistic child is absorbing the rhythmic and musical elements of the sounds around it, creating a world of non-verbal associations that will act as gateways to destabilizing the rigid hierarchies of traditional linguistic structures. The semiotic world – the world of sounds and rhythms – has a privileged access to the realm of our drives, and was our experience of the world before we were taught to differentiate and categorize our surroundings. (This is a different use of the term ‘semiotic’ than by Saussure.) By contrast, the symbolic content of language busies itself with comparing and separating – with coming to a final conclusion about what something is and therefore what is foreign to it. However, the semiotic content has a potential to destabilize that certainty.

As Kristeva posits in her 1974 book La Révolution du Language Poétique, this is the power of revolutionary poetry. Poetry can harness the semiotic content of language – its sounds and rhythms – to bring about a subversive perspective on its symbolic content, and thereby it has the potential to work political change as well. As Kristeva summarizes in Desire in Language (1980):

“If we took this venture seriously – if we could hear the burst of black laughter it hurls at all attempts to master the human situation, to master language by language – we would be forced to reexamine ‘literary history’, to rediscover beneath rhetoric and poetics its unchanging but always different polemic with the symbolic function. We could not avoid wondering about the possibility, or simultaneously, the legitimacy, of a theoretical discourse on this practice of language, whose stakes are precisely to render impossible the transcendental bounding that supports the discourse of knowledge.”

This notion of the importance of the semiotic alongside the symbolic aspects of language will perhaps be Kristeva’s most lasting contribution to philosophy. Even if you aren’t quite compelled by Kristeva’s notion that children propel themselves into language through fantasies of having been present at the coupling of their parents, her notion that there is something in the pre-linguistic experience of a child that continues to operate throughout its life in how it thinks, has a decided ring of truth.

Kristeva was a devoted Communist of the Maoist variety before her disillusioning trip to China in 1974, and she has sought the proper balance between language, politics and philosophy throughout her works. At first seeming to trust in the power of the otherness of the maternal body as expressed through semiotic content to inspire revolutionary language and therefore a more liberating political landscape, her later writings tend towards a concern over the trammeling of individuality through group identification and the identity politics it spawns. Becoming a practicing psychoanalyst in 1979, Kristeva increasingly saw the harm done by monolithic group idealism, even when that group’s cause was just. Which brings us to Kristeva’s troubled relationship with feminism. She has gained infamy in feminist circles as one part of the spectacularly misnamed French Feminist Trinity, which also includes Luce Irigaray [please see Book Reviews, ed] and Hélène Cixous – none of whom were born French, and all of whom were highly critical of de Beauvoir-style feminism. (There were, however, three of them, so that part of the name can stay.) Kristeva believed that by forming an ideal concept of female power, feminism effectively excluded whole masses of women from representation. Through its refusal to forego the political punch made by promoting a particular variety of femininity, modern feminism had closed its ears to alternative ways of being. A new approach was called for – one which allowed co-existence with foreignness or alternativeness rather than co-option of it.

In effect, the Kristeva of the 1980s was anticipating the push for individuation in today’s many-faceted feminisms. Her insistence that we use the model of our own Otherness, as experienced in our pre-linguistic personal pasts, to understand, embrace, and accept those who are presented to us as foreign and unknowable, is the very call of many modern feminisms to resist judging women of different cultures on the basis of the strictures of Ideal White Feminist attributes (although with the modern feminists this call has been stripped of its Lacanian underpinnings). “The foreigner lives within us,” Kristeva says in Strangers to Ourselves (1994), “he is the hidden face of our identity, the space that wrecks our abode, the time in which understanding and affinity founder. By recognizing him within ourselves, we are spared detesting him in himself.”

Philosophers tend to hate being taken by halves. ‘Accept my system as a whole or be branded apostate’ is the demand that crackles from so much of the classical tradition. And yet partial acknowledgement has been Kristeva’s fate. Her points about the importance of language’s semiotic content, about the capacity of poetic language to influence political culture, and about the need to open up a new approach to alterity (alternativeness) based upon a comprehension of our own otherness, have all been largely accepted by the philosophical world, while the complex psychological system that generated them has been quietly packed into the trunk of history and pushed off the pier during the dead of night. Perhaps this is understandable. The idea of speculating in detail about what babies might imagine about how their mother’s vagina might influence their subjectivity, for example, seems an irresponsibility made respectable by virtue of dense jargon and august provenance rather than by careful reasoning from any sort of pediatric knowledge. And phrases like “Discrete quantities of energy move through the body of the subject who is not yet constituted as such” – just about acceptable in the context of Nineteenth Century physiology – seem almost charmingly archaic in a major philosophic text of the late Twentieth Century.

And yet the psychospeculation of Julia Kristeva may yet have its day. Her insights into the shaping of the infant mind through the mediation of the maternal body – of the intertwining of infant and parent through a thousand mental rejections and identifications – are being validated by a growing mountain of neurological evidence of our constant neural mirroring of each other’s actions, and of the importance of epigenetic (cellular environmental) factors in the ultimate formation of the complete child.

Does a male child ruminate extensively upon the threat to his identity posed by having once been part of a female body? I’d say probably not. But do male and female infants form significant parts of their identity through a cascading myriad of bodily cues and observed behaviors prior to their taking up symbolic language? The answer, a stringent ‘no’ three decades ago, is now a likely ‘yes’. Is there capacity in the semiotic content of language derived from its connection with that pre-linguistic state to complexify public discourse in ways that break us free of our addiction to categorization? Almost definitely. And if the world we gain by realizing that is a world where “the limits between the Ego and the Other are constantly abolished and established” through love – well, so much the better for us.

Dale DeBakcsy writes the ‘History of Humanism’ feature at TheHumanist.com, is a regular contributor to Free Inquiry and New Humanist, and is the co-writer of the twice-weekly history and philosophy webcomic Frederick the Great: A Most Lamentable Comedy.

Reading Kristeva’s works is not something to be lightly entered into. Even for those comfortable with the vocabulary of the Freud-Lacan tradition, Kristeva’s use of those terms is new and shifting and makes for some initial heavy going. The Portable Kristeva (1997), edited by Kelly Oliver, features a good cross-section of Kristeva’s writings from the Seventies and Eighties; and Oliver’s book Reading Kristeva (1993) is itself an excellent and clearly-stated introduction to Kristeva’s evolving and complex psychological worldscapes.

A Vindication of the Rights of Woman by Mary Wollstonecraft

What is a Person?