It seems plausible to say that we have some knowledge of some of the objects in the world around us. I know now, for example, that I am sitting at a table, that the table is roughly rectangular, and that it is a shade of brown. It also seems plausible to say that we have knowledge of this kind because of the sensory experiences we have. These claims seem reassuringly, perhaps even boringly, secure.

These seeming truisms form the basis of a debate between John Campbell, professor of philosophy at Berkeley, who defends a so-called ‘relational’ view of sensory experience, and Quassim Cassam, professor of philosophy at Warwick, who defends a so-called ‘representational’ view. The difference between these views consists in how the concept of sensory experience is to be understood, in particular concerning the way in which it underpins the knowledge we have of the world around us.

According to Campbell’s view, as the label suggests, sense experiences are relations between perceivers and external objects. To say for example that I have a visual experience of the table, is to say that there exist two things – myself and the table – and there is a relation between us. What I am aware of, says Campbell, is not some item intermediate between myself and the table such as a visual image or visual sensation, from which I (usually automatically, that is, nonconsciously) infer the presence of the table. Rather, what I aware of, in the most direct way, is the table itself.

This idea faces an immediate obvious problem. Hallucinations present us with cases where I can have an apparent visual experience of, say, a table, even when there is no table present – when, for example the experience has been caused by some brain malfunction. So, how can experience be a relation in the way Campbell supposes – that is, how can experience of a table guarantee the presence of the real, mind-independent object?

Campbell’s response to this objection is rather curious: he denies that there are any hallucinations in the sense intended by the objection. He says that if you subtract the presence of the table from the visual experience you have when you look at the table, you are left with… nothing at all!

This claim seems so obviously mistaken that it is natural to wonder if he really means it. But it seems he does: speaking of hallucinating an airport, he says “Subtract the airport [from your visual experience], and there is nothing left to inspect” (p.92).

Although Cassam does not himself advance this objection to Campbell’s relationist account of sense experience, he nevertheless maintains that Campbell’s position is mistaken, and that we should instead hold a representationalist view. In general terms, this is the claim that “sensory experience has representational content” (p.105 footnote). Thus we perceive chairs and tables by having representational experiences whose content is chair or table. For Cassam it is not simply that the objects of our awareness are mental images of chairs and tables, such that those images represent the things. Rather, to see a real table is, in part, to have an experience with a table content.

Woven into this debate about the relation between our minds, our sense experiences, and the external world, both authors are concerned with the further question ‘How does our sensory experience ground our conception of objects that exist independently of our perceiving them?’ This question is answered, says Campbell, by accepting that to have the concept of a physical object is to know what its identity conditions are, and in particular, how its identity at one time is causally dependent on its identity at an earlier time. 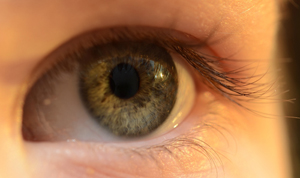 Do we perceive things as they really are?

Aside from the detailed reservations one can have about the individual theses defended by Campbell and Cassam, there are two further problems with what they both say. Firstly, their main question is how sensory experience gives rise to reliable knowledge of a mind-independent world. But at best they show only how to cross the gap between ‘John has a sensory experience of something table-like’ and ‘John sees a table’. This is inadequate as an explanation of perception-based knowledge, because John can well see something red without gaining any knowledge at all: he may for example still wrongly think that what he sees is blue or yellow. He may even believe that he’s hallucinating, and therefore not believe that he’s seeing anything mind-independent at all. What still needs explaining is how to get from ‘John sees something red’ to ‘John knows that there is something red and mind-independent in his line of sight’. Without that link, we will still have no complete account of how our knowledge of the world around us arises from our sensory experience.

The second problem concerns the fact that neither of the authors lays out what they take knowledge to be. There are currently half a dozen or more well-defended accounts of what knowledge is. Without some specification of which notion of knowledge is being presupposed, it is not clear exactly what question is being asked by someone who asks ‘How do our sense experiences give rise to knowledge of the world round us?’

In spite of a seductively beautiful cover, this not a text for the lay reader, even one prepared to make a serious effort. Too much of the debate is left implicit, too many technical terms introduced without adequate explanation, and the style is heavy going throughout. So it is hard to believe that this book would add much to such a reader’s grasp of sense perception, or of their knowledge of the external world.

Nick Everitt, now retired, was Senior Lecturer in Philosophy at the University of East Anglia. He is the author of The Non-Existence of God (Routledge).

Pluralism: The Many Maps Model