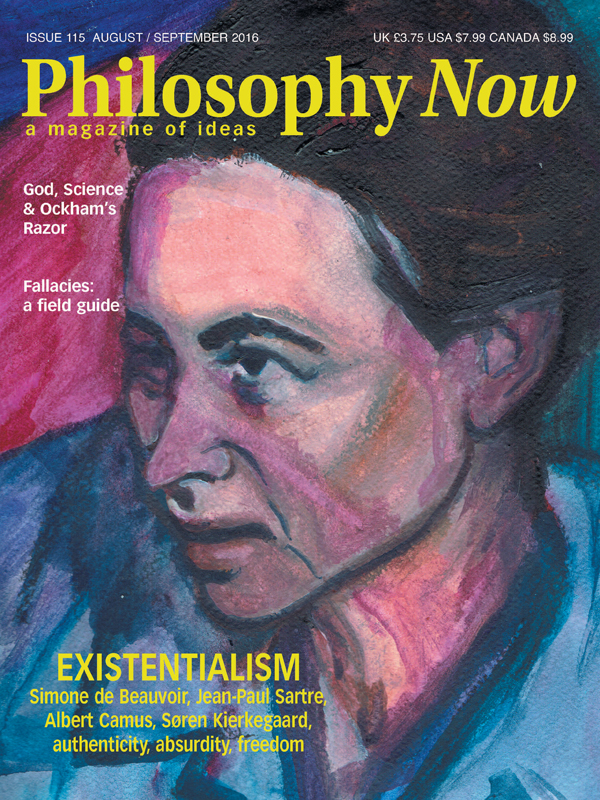 You Always Have a Choice!

Given the current fashion for referendums Rick Lewis has decided to offer you a choice of editorials. Pick wisely!

On Being An Existentialist

Stuart Greenstreet chooses to tell us how to become authentically existentialist.

Alisa Anokhina on how the quest for authenticity can help in treating depression.

Lucian Lupescu says the disputatious Dane dares us to live.

Alex Holzman asks what a hero is, and if Camus’ infamous character qualifies.

“all the consequences of this”

Christoffer Lammer-Heindel tells us some important facts about them.

Bad Arguments That Make You Smarter

The Philosophy Professor & The Holy Book of Baseball

Chris Christensen tells a story of contradictory rules and faith broken and restored.

The Consequences of Accepting Consequentialism

Katy Baker on the demands of consequentialist theories of morality.

Thinkers Against Xenophobia: How To Deal with Pride and Prejudice

The following answers to this key philosophical question each win a random book.

Take the time to allow Raymond Tallis to change your view on time and change. Or leave it unchanged.

The Making of An Atheist by Jason Spiegel

Matt DeStefano is unswayed by an argument explaining atheism by immorality.

Jason Eberl and Kevin Decker awaken the philosophy of the Force.

Kevin Robson’s existential hero finds that you can’t escape having to choose.