The Making of An Atheist by Jason Spiegel

Matt DeStefano is unswayed by an argument explaining atheism by immorality.

C.S. Lewis had great disdain for the argument that theism was simply a matter of wish-fulfillment – that a belief in God’s existence was just a manifestation of a desire for an eternal afterlife. However, he also had sharp words for arguments that went in reverse – that disbelief in God is just due to fear of an eternal afterlife – which is the main argument offered by Jason Spiegel in this book. As Lewis wrote, “Men wish on both sides: and again, there is fear-fulfillment as well as wish-fulfillment, and hypochondriac temperaments will always tend to think that true what they most wish to be false… as a general explanation of [either atheism or theism] they will not help us” (On Obstinacy in Belief, 1960). 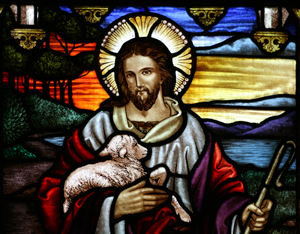 I’m sympathetic to Lewis’s view about these types of arguments, and that’s why I found Spiegel’s book so troubling. Two of the cardinal sins in philosophy are ad hominem (that is, personal) attacks on your interlocutor, and making sweeping universal claims without warrant. In The Making of An Atheist, Spiegel manages to commit both, quite frequently. The book is mostly invective. But when he wades into the depths of argumentation, the author is beyond his ken.

Spiegel’s goal is straightforward: to explain the existence of atheism given the evidence for the existence of God. His answer is that atheists are not actively engaging the evidence (otherwise they’d be theists), but rather, that they are rebelling against God. According to Spiegel, atheists are, generally speaking, morally deficient creatures who are for instance blinded by their own rampant sexual deviances, or led astray by troublesome relationships with their fathers.

One of Spiegel’s predominant arguments to explain the existence of atheists is a poor relationship with one’s father. His major support is Paul Vitz’s highly controversial work, Faith of the Fatherless (1999). Vitz’s work stems from an idiosyncratic interpretation of the psychoanalytic tradition. Spiegel recites Vitz’s anecdotal evidence from a case study of fifteen historical atheists who either had their father die at an early age or had tumultuous relationships with them. Fifteen people is a horrendously small sample size for any type of analysis, and especially of a group as large and as diverse as atheism. And Vitz’s work has already been the subject of intense scrutiny and scepticism in the psychological community, a fact that Spiegel glosses over completely. A serious scholarly work will seek to address significant arguments in the literature against their position, but Spiegel avoids this throughout his work. A footnote in Spiegel’s book argues that Vitz succeeds because he also examined several famous theists. But the problem isn’t that Vitz failed to address either believers or non-believers, but that his analysis does not map onto the general population, and only seems plausible because of the substantial limitation on the cases examined.

If one truly believes that God exists, Spiegel’s task to explain non-belief in such a being is an important one. Arguments from divine hiddenness and other reasons for non-belief have been predominant in philosophy, and a good answer to these arguments would be an important step in making a case for theism. It’s clear, however, that Spiegel is far off the mark. Resorting to an over-easy explanation – those who disagree with me are immoral – is rarely a good tactic in rational disagreement. His tired arguments have already been decisively refuted, and if Spiegel had bothered to do his research, he might have seen this. Spiegel’s egregious thesis about non-belief strikes out on nearly all counts, and only serves to move the debate backwards.

At the end of a section entitled ‘Where Atheists are Correct’, Spiegel writes that Christians should be epistemically humble: they should admit that the supernatural is mysterious, especially with regard to the Trinity and other doctrinal positions. When Christians err, either through hypocrisy, malpractice by the church, or overconfidence in theological matters, “Christians should be grateful for atheists’ perceptiveness in pointing them out; we should be willing to repent of these errors.” This advice seems relevant to the content of his own book, and we should hope that he takes it.

C.S. Lewis and the Search for Rational Religion by John Beversluis

Why Is There A World?

Is There a God?

The Parable of the Atheist and the Logical Positivist