It is well known that Immanuel Kant wrote the Critique of Pure Reason to establish metaphysics as a science. At the outset of the Critique, Kant considers what this effort might learn from successful examples of scientific inquiry – mentioning logic first of all, which he claims has been a science since the time of Aristotle. Logic had a relatively easy time finding the ‘sure path’ of a science, since it deals only with the pure form of thought, abstracting from “all objects of knowledge” (Critique, p.ix). But metaphysics is concerned with matters of fact, and cannot make this abstraction. Yet if it is to be a science, its claims about matters of fact must nevertheless hold of necessity. This is why the central question of the Critique is: how can we legitimately make such claims? Or in Kant’s terms: ‘How is synthetic a priori judging possible?’ [A synthetic proposition is one that is true because of its relation to the world, but something is a priori knowledge if it is known independent of experience. Ed.]

To answer this question, Kant argues that there are certain fundamental concepts of pure understanding (he calls them categories) which are necessary conditions of the possibility of experience. He draws this list of categories from pure general logic. Next, he argues that a system of necessary principles of nature can be derived from these categories. These principles (in effect) include our ordinary implicit understanding that every event has a cause or that matter can neither be created nor destroyed. The core argument of the Critique is meant to establish our entitlement to these principles as synthetic a priori knowledge. Most commentary on the Critique focuses on this core argument. Huaping Lu-Adler’s interests in her new book, Kant and the Science of Logic, lie upstream from this core argument: namely, in Kant’s conception of logic as a science, and his initial reliance on logic to develop, ultimately, that system of principles – which he calls ‘transcendental logic’, and by which he in turn aims to establish metaphysics as a science.

Logic, of course, has not stood still since Aristotle. Lu-Adler’s examination of its history is illuminating and reasonably focused for her purposes: with it, she provides an immense service to Kant scholars. She traces two distinct approaches to logical inquiry that she contends are not intrinsically incompatible with one another, but nonetheless quite different in spirit, and pursued in somewhat different traditions. One – call it Scientific Logic – is primarily occupied with questions about whether logic is a science of its own, with a distinct subject matter, and how it relates to other parts of philosophy. It has roots in Aristotle, was importantly developed by Aquinas and other medieval commentators on Aristotle, and taken up by the German rationalist tradition of G.W. Leibniz and Christian Wolff. The other – Lu-Adler calls it Logical Humanism – rejects the pursuit of logic for its own sake, and “places the value of logic in its ability to assist us in coping with our own human limitations and pursuing wisdom” (p. 61). To get a sense of the Logical Humanist tradition at its most colourful, consider Seneca, the later Roman Stoic. He derides the eminence of logic in early Stoicism:

“Zeno, of our school, offers the following syllogism: ‘Nothing bad is glorious. But death is glorious. Therefore death is not bad.’ Now, that was a big help! … Do you mean to make me laugh, just when I’m about to die?”
(Seneca, Letters on Ethics 82.9, Univ. of Chicago Press, 2015)

For Lu-Adler the key humanist figure in the modern era is John Locke, who arguably had some influence on Georg Meier, author of the 1752 Excerpt from the Doctrine of Reason that served as the textbook for Kant’s logic lectures for some forty years.

Lu-Adler examines Kant’s relation to both traditions, arguing that while Kant is interested in Scientific Logic for its role in establishing the Critique’s ‘transcendental logic’, he nevertheless “pays homage to the humanist and Lockean practices of emphasizing certain ethical dimensions of logic” (p.6). This is certainly true, and Lu-Adler’s arguments for these claims provide an eye-opening perspective on the importance of Kant’s philosophy of logic. But certain aspects of her story are underdeveloped. 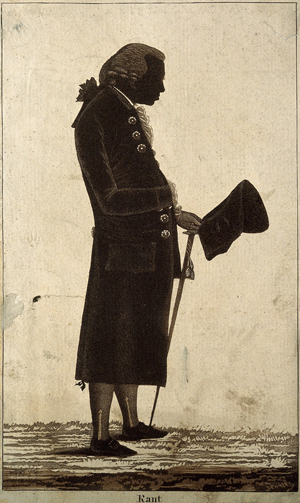 Although Kant wrote the Critique to show how metaphysics could become a science, he also took the Critique itself to be a science. For Kant, a proper science is in effect a closed system: it gives us complete grasp of a domain – not in its particulars, but through the exhaustive articulation of its fundamental principles. A metaphysics of nature is a science inasmuch as its principles spell out what it is to be an object of possible experience, and figure in the domain of nature. The Critique’s transcendental logic ostensibly produces such a system of principles. These principles in turn rest on the categories, which in turn rest on a table of judgments that Kant openly borrows from pure general logic. Yet while Kant provides a couple of pages of commentary about how the items in the table of judgments relate to one another, he does nothing like demonstrate the systematic completeness of the table. Nor does he give anything approaching a satisfactory account of the derivation of the categories from the table of judgments. These are serious problems, since the whole project of securing metaphysics as a science ultimately rests on the completeness of the table of judgments as a basis for deriving the categories.

In this way, the set-up of Lu-Adler’s book leads one to hope for a substantial treatment of the issue on which the work of the Critique seems, ultimately, to rest: the completeness of the table of judgments as the basis for the derivation of the categories. Lu-Adler gives some account of this issue, but she recognises that it may seem underwhelming to some readers (pp.188, 197). The upshot of her response to the completeness problem is, effectively, that arguments must start somewhere. The only account that we can give of why it is these categories is their internal coherence in a system, which pure logic helps provide. Perhaps rightly, she contends that “we can have no insight into whatever ultimate ground might have determined our cognitive faculties”, although we cannot help wanting “to comprehend such a ground” (p.192). But she scarcely mentions a substantial body of 20th-century German scholarship, beginning with Klaus Reich’s 1932 The Completeness of Kant’s Table of Judgments, which aims to reconstruct arguments for Kant’s contentious completeness claims. Given that a driving force behind Lu-Adler’s study is to understand the relation of pure general logic to the ‘transcendental logic’ of the Critique (p. 6), the work of Reich and others should not have been brushed off as a pointless quest for a Kantian holy grail.

Finally, most of the action in this book concerns Kant’s relation to Scientific Logic, not Logical Humanism. That perhaps makes sense, given her overarching purposes, and title: Kant and the Science of Logic. However, she does advance the substantive thesis that Kant drew an innovative distinction between pure and applied logic, and through the latter recognised Logical Humanism as a genuine part of logic – alongside, but separate from, Scientific Logic (p. 6). This is an important insight, since many commentators simply fail to see the evidence of Kant’s interest in, and commitment to, Logical Humanism. Perhaps Kant’s interest in Logical Humanism is a separate story unto itself. At any rate, following its lead would have taken her beyond the Critique of Pure Reason, into later works such as the 1790 Critique of Judgment and 1797 Anthropology from a Pragmatic Point of View. Given her central purposes, she may be perfectly justified in not going down those roads here. Nevertheless, the result is that she can at most only acknowledge, and not really examine or explain, the broader philosophical significance of Logical Humanism for Kant.

Melissa Merritt is Senior Lecturer in Philosophy, and Australian Research Council Future Fellow, at the University of New South Wales. She is the author of Kant on Reflection and Virtue, and The Sublime, both published by Cambridge University Press.

The Science of Archaeology