In this issue we shall be celebrating the 200th birthday of a book. The book is The World as Will and Representation (1819) by the great and gloomy German thinker Arthur Schopenhauer. Happy birthday, book!

Arthur’s big book of everything is neatly structured into four parts, dealing respectively with epistemology, metaphysics, aesthetics and ethics. Our special section is similarly structured. The first article introduces his epistemology and metaphysics (which are kind of interwoven), the second deals with his aesthetics, the third with his ethics. Our fourth article doesn’t relate so directly to a specific chapter of the book but deals with something else for which Arthur was famed, namely the overwhelming bleakness of his outlook.

For Schopenhauer was a grumpy old sod. He was (as our front cover by Steve Lillie suggests) a glass-half-empty sort of guy. He was not merely pessimistic but also moody and sometimes downright aggressive. During the course of one bad-tempered squabble with his landlady, he pushed her down a flight of stairs; a court ordered him to pay her compensation for the rest of her life. When she finally expired twenty years later, Schopenhauer quipped in his diary: “ Obit anus, abit onus.” (“The old woman dies, the burden is lifted.”)

Though his philosophical approach to ethics was based on compassion he himself was a curmudgeon. Some great thinkers, such as Jesus, Gandhi and even David Hume, have inspired others by the personal example of their own sweet natures. It is probably safe to say that Schopenhauer did not fall into this category. Instead he inspired by the power and originality of his ideas.

Excellent writer though he was, one would imagine that modern-day philosophers might nonetheless find his crusty personality a deterrent, encouraging them to leave WWR on the library shelf and devote themselves to the study of sunnier sages instead. The opposite seems to be the case. Some of philosophy’s more hilarious spirits have been drawn to Arthur precisely because the frequent pessimistic remarks in his writings are so extreme as to actually be funny. This is true of my old friend Tim Madigan, who used to swap Schopenhauer anecdotes and quotations over coffee with his friend and mentor, the metaphysician Prof. Richard Taylor, the two of them snickering at Schopenhauer’s vicious attacks on Hegel and his exaggerated gloom about life in general. For example:

“[If life is a lesson, then] I wish I had been left in the peace of the all-sufficient nothing, where I would have had no need of lessons or of anything else.”

“Unless suffering is the direct and immediate object of life, our existence is most ill-adapted to its purpose.”

On this point let’s give Schopenhauer some credit. He appears to have been genuinely appalled by the widespread suffering in the world, to a degree that dominated his whole intellectual life. The main aim of his moral philosophy was to find ways to relieve that suffering. He certainly was a grump but he never claimed to be a saint – only a philosopher. And as you will read, he did love and care for his pet poodle, Atma.

Schopenhauer wrestled with some of the deepest questions concerning the underlying nature of the universe and the place of human beings in the world. The surprising answers he reached formed an interconnected unity in a way unusual even for the famously systematic philosophers of 19th century Germany. His book has been hugely influential, and remains so even today. Now read on!

This Issue is Wrapped in a Potato 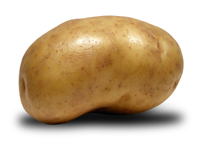 Like many people, we have become increasingly worried about the vast quantities of plastic waste now found in the oceans, in sea creatures and in the food chain. We feel some responsibility, as every two months we send out thousands of copies of Philosophy Now to subscribers around the world, enclosed in plastic polywrap. Therefore I am delighted to say that starting with this issue, Philosophy Now will instead be mailed in a new type of biodegradable wrapping made from potato starch. It costs us a little more, but we think it is worth it.

This new wrapping looks like plastic but will break down naturally within a few months. Please do not put it in your recycling bin, as it is not recyclable. Just put it in with your normal waste.

The Schopenhauer Cure by Irvin Yalom

Schopenhauer’s Flight of the Valkyries