Raymond Tallis has some inconclusive thoughts.

Secular humanism would be an impoverished worldview if it defined itself only in terms of what it is against. Many are tired of the rather too well-worn paths of adversarial atheism – a selective journey through history and the Holy Books, crying “Gotcha!” at every gout of spilled blood and every bloodthirsty sentiment. Humanist thinkers, they argue, would spend their time more fruitfully contemplating the large, extraordinary truths about our unique nature and the human world we have built, and on this basis construct a positive secular worldview.

Nevertheless, the moral case against organised religion cannot be ignored. All of us, believers and infidels, need to be aware of the dangers that can arise when individual spiritual experiences feed into collective behaviour, and visions of transcendence are mobilised to underpin social institutions. And secular visions motivated by impeccable sentiments such as a hatred of injustice may be as destructive as the equivalent religious ones – a truth to which the killing fields and prison camps of communist utopias testify.

It is obvious that worshipping God (or rival gods) has excused much nasty behaviour, the worship ostensibly seeming to justify the persecution of those who are deemed to have angered the true God by worshipping false ones. The stakes – eternal life – could not, after all, be higher. Even so, it is far from clear that the question of whether or not the universe has been created and is regulated by a Divine Agent can be separated from the question of the ways in which the interpretation of the wishes of the Almighty have influenced individual and collective behaviour. Can we disconnect the question of whether or not God exists from the nature of the behaviour prompted by religious belief?

2. If God exists, then God wants us to believe in God.

3. If God exists, then God does not want us to do anything that causes evil.

On this basis, Kodaj argues, belief in God is ‘normatively self-refuting’. In short, the religiously-inspired persecution, intolerance, brutal suppression of actual or suspected dissent, crushing of women, and confessional wars that have characterised religion throughout the ages, add up to a case not only against religious institutions, but against the very existence of God. Rationalist theists should therefore give up their faith.

A Congregation of Factors

Kodaj’s argument depends on the first premise: that belief in God (necessarily) causes evil. Against this, we may observe that many deeply religious people – Christians, Jews, Muslims, and so on – do not feel the slightest desire to harm their fellow humans. And, increasingly, historians have claimed that religiously-inspired violence, whether in the modern or pre-modern world, is the product of a complex of political, economic, social, ethnic, and nationalistic factors, rather than being solely or even mainly inspired by specifically religious factors. The Thirty Years’ War, the most catastrophic of the European wars of religion, which brought more death and destruction than the Black Death, was, so the argument goes, driven primarily by secular dynastic ambitions. It has also been pointed out that religious believers have behaved no worse than was dictated by the mores of the time when their religions were in the ascendant. Although Pope Urban II launched the first Crusade in the eleventh century in the belief that God wanted the Holy Land to be rid of Muslims, Pope John Paul II, at the turn of the twenty-first century, declared the Crusades to be a betrayal of the gospel and condemned them. Against this defence, it might be argued that this apology was rather late; and the recent history of the Church has often been one of belated and reluctant catching up with more enlightened judgements; of being ethically behind the curve rather than demonstrating moral leadership; of resisting, rather than driving, progress.

Nevertheless, even what looks to be purely religious terrorism may be essentially political terrorism, as when it is perpetrated in pursuit of the long-term goal of establishing a Caliphate. According to Robert Pape (as quoted in Lloyd Strickland’s ‘The problem of religious evil: Does belief in god cause evil?’, International Journal of the Philosophy of Religion, published online 17 April 2018 – an article to which I am indebted):

“The data show that there is little connection between suicidal terrorism and Islamic fundamentalism, or any of the world’s religions… what nearly all suicide terror attacks have in common is a specific secular and strategic goal: to compel modern democracies to withdraw military forces from territory that the terrorists consider to be their homeland.”

Religion, according to this analysis, is more likely to be a pretext than a primary motivation, sacralising essentially profane drivers such as a sense of marginalisation, alienation, and social frustration. We may grant this without in any way diminishing the role of religion in magnifying and protracting conflict through its being a marker of identity, so fostering the collectivisation and hence amplification of hatred, hostility, and aggression.

The Balance of Good & Evil

What is beyond dispute is that widespread religious belief is compatible with very high levels of nastiness. It is useful to remember this when we are confronted with the famous claim that Dostoyevsky puts into the mouth of Ivan Karamazov, that ‘if God does not exist, everything is permitted’ – suggesting that the advance of atheism must lead to the establishment of Hell on earth. The unspeakable evil humans have done to each other with the tacit consent or active encouragement of God’s representatives on earth suggests that Karamazov’s ‘everything’ is already permitted in a world in which the existence of God is widely accepted. The default assumption that religious belief has been a universal constraint on bad behaviour would not cut much ice with those on the receiving end of Crusader violence, the Sunnis being blown apart by Shias, or the Rohingya Muslim victims of the genocidal generals of an explicitly Buddhist nation.

And so the argument goes back and forth. As I have noted previously (‘Why I Am an Atheist’, Philosophy Now Issue 73, 2009), we cannot run the history of the world twice, once with and once without religion, to determine whether it has been a net force for good or for evil.

For some commentators, the evidence for religion promoting beneficence and making people behave better is at least as strong as that for it fomenting, justifying, and organising conflict and cruelty. Historian JCD Clark has argued that “Egalitarianism was a religious principle for many centuries before it became a secular one: the idea that ‘all men are created equal’ has real leverage only when the emphasis is placed on the word ‘created’ and that term is construed literally.” (‘Secularization and Modernization: The Failure of a ‘Grand Narrative’’, The Historical Journal 55, 2012). However, a particular difficulty of judging the overall impact of one religion, Christianity, is well expressed in the British Humanist Association pamphlet The Case for Secularism (2007):

“Christianity has been the dominant culture, so it is unsurprising that it has provided the vocabulary of both sides in most significant moral and social divisions. Those who argued for the abolition of the slave trade argued their case in terms of Christian values and so did the slave-traders. Many of those who sought to improve the atrocious working conditions in factories and mines invoked Christian values – and so did the factory owners and mine owners who opposed reforms.”

When the horrors of the secular totalitarian states of the twentieth century are highlighted, secularists often argue that Communism and Fascism are disguised religions: creeds that permit no heresy; the worship of a godlike infallible leader who commands unquestioning obedience enforced by apparatchiks spying on the inner and outer lives of the flock; and the promise of earthly paradise, promulgated despite the increasingly present reality of earthly hell. 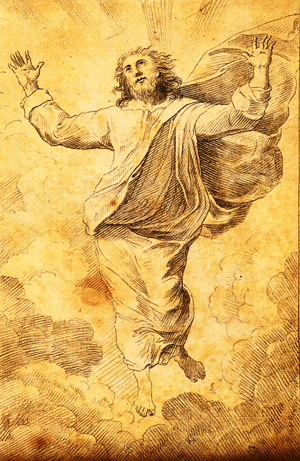 “He’s not the messiah, he’s a very naughty boy”

What therefore can be concluded about the relationship between religion and evil? That the question of whether the contribution of religion to human well-being has been net positive or net negative cannot be resolved. So history cannot guide us as to whether religious revival or the resurrections of particular beliefs would be desirable. Clark has claimed that the Christian doctrine, which in theory at least values individuals equally given that they are equal in the sight of God, has had a role in the emergence of democracies based on a universal franchise. Even if we were to accept this, it would not follow that returning established religion to a central place in our cultures and power structures would necessarily be beneficial for the democracies we now have. The past role of religion in society, for good or ill, gives us unreliable pointers to any future influence it may have in an entirely different society. A return to religion might well be associated with regressive changes.

The argument remains unresolved – and unresolvable – and for this reason alone is ultimately unrewarding. But there are other reasons for not dismissing religion simply as a collective act of self-harm. We need to preserve the vast, rich cultural legacy owing to, or inspired by, religious belief. We cannot forget or actively reject this without losing something irreplaceably precious in ourselves. The legacy is not simply out there in the public realm as a collective heritage of art, literature, architecture, and music. It is in the very fibre of our individual and social being. The atheist, existentialist, Marxist, Maoist, Jean-Paul Sartre highlighted this in L’Idiot de la Famille, cited and translated by Robert Cumming in Starting Point (1979, p.225):

“we are all Christians, even today; the most radical disbelief is still Christian atheism. In other words, it retains, in spite of its destructive power, schemata which are controlling – very slightly for our thinking, more for our imagination, above all for our sensibility. And the origins of these schemata are to be sought in centuries of Christianity of which we are the heirs whether we like it or not.”

At the very least, humanist philosophers should spend less time brooding on the wickedness seemingly inspired by religious belief, and more on what religion tells us about our nature. Most importantly, we should consider what we can learn from the history of religions, how a sense of the transcendent – what theologian Hans Kung characterised as “a particular social realisation of a relationship to an absolute ground of meaning”, answering an existential hunger experienced by all humans – can play into our lives for good or ill. In particular, how we can avoid the path that leads from beatific visions to thuggery – a question that is as much a challenge for secular humanism as it is for religious believers.

Raymond Tallis’s latest book, Seeing Ourselves: Reclaiming Humanity from God and Science is published in November.

The Moral Case Against Religious Belief

Virtue ethics and the New Testament