In this article I will not discuss religious criticisms proposed against homosexuality. Rather, I will consider the upshot of these criticisms – what religious believers often recommend that a gay person do as a practical matter. And while there are many different criticisms religious people offer against same-sex relations, most agree on what the moral response should be, which is either to marry from the other sex or to lead a life of chastity. I will say that the first option, marrying someone of the other sex, is not psychologically possible for most gay men or women, and therefore cannot be morally expected of them. The second supposed solution, chastity, may be possible provided special conditions (which I’ll mention), but is not practically feasible for most gay men or women, and therefore also cannot be morally expected of them. I’ll be using Christianity as a case in point, but what I have to say could be extended across many religions.

The argument is as follows:

1. What is not practically feasible is not morally obligatory.

2. An action that depends on what is psychologically impossible, or depends upon the intercession of grace or extraordinary means of support, falls outside of what is practically feasible, since the first is not something the person can do, and the second is not realizable by natural or ordinary means alone.

3. The conservative Christian solution to homosexuality for gay men and women requires doing what is psychologically impossible, or possible only through supernatural help or extraordinary support.

4. Therefore, the conservative Christian solution to homosexuality is not morally obligatory.

The spirit of this argument is that it is not realistic (or humane) to expect a whole class of human beings, from birth to death, to not seek happiness in a meaningful love relationship, and therefore the conservative Christian solution concerning homosexuality is not morally persuasive.

The Unworkability of the Christian Response 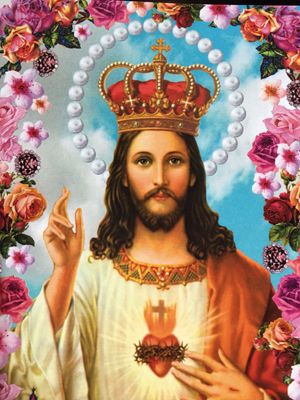 The conservative Christian answer for the gay person is to marry the other sex or live alone. The first option is not as recommended as the second, since these Christians acknowledge “there is ample evidence that marriage is not a cure for same-sex attractions” (‘Homosexuality and Hope’, Diamond et al, 2018, para. 31). But both options are unviable; and if so, they cannot be genuinely offered as moral advice.

Marrying the Other Sex Isn’t Feasible

The conservative Christian may recognize that marriage will probably not eliminate same-sex attraction. This does indicate the impracticality of that solution; but the person putting it forward does not necessarily see that if this solution is impracticable, then it cannot be morally expected of someone.

One reason this solution is impracticable is that romantic attraction is part of what gives birth to a good marriage relationship. The heart of a stable long-term relationship is initially birthed by attraction, and the life of a relation is sustained as it progresses by that attraction, which is eventually superseded by the bond of true love. Romantic attraction serves as a kind of nutrient-rich soil in which a relationship can grow into something more beautiful. Were for example a gay man to marry a woman, he could induce attraction for his wife; on the basis of contemplating the ‘good’ of their sexual pairing. He would have to become a lover through ethics! Even if this were possible, it is hard to imagine that this type of love (or sex) could be in any way be meaningful for his wife. This type of pairing would in any case be unfair to her, because she wants to be truly desired by her husband. That is, she wants to be personally desired by him, not philosophically desired; and that is certainly her right.

There are a few exceptions. Perhaps the most public case of a gay man who married a woman is that of former gay rights activist Michael Glatze. As the general norm, it is not psychologically possible to create the romantic feelings toward the other sex upon which an intimate and loving relationship finds its foundation and support. This is why any attempt to establish such a relationship is unfeasible. Consider the equivalent heterosexual case. My girlfriend presumably speaks for most straight women when she says it is impossible for her to even imagine feeling any desire for the female form. The situation for gay men and women concerning the opposite sex is equivalent. And what is psychologically impossible cannot be morally expected of someone.

The more recommended solution is to live a life of solitude, which is often euphemistically termed a life of chastity.

I must submit that when Christians make this moral evaluation, they do not always know what they’re requiring. It is often doubtful whether the person recommending this course would follow his own advice if the roles were reversed, for oftentimes the person making this judgement enjoys the many psychological benefits of having his or her own family. But the recommender ought at some level concede that he or she is recommending that the other live a life of self-imposed penal silence, unquenched passions of the heart, invisibility, and of being unknown. For many, going to church and work cannot make up for a life without deep love. Spending time with passing acquaintances on Sunday (or enduring the monotony and forcedness of a gay Christian support group) is no substitute for lifelong companionship. A gay man or woman cannot often experience deep one-on-one connections at church, while heterosexual Christian couples express physical affection toward each other at church as freely as they blink their eyes. Most human beings cannot flourish without the depth of a love relationship. These love relationships are incomparable to friend and family relationships, as they alone answer the existential problem of loneliness by enabling one to become a fortress for another. Again, those who propose this solution do not entirely admit to themselves that they are often sentencing the other person to a life of nonexistence and anonymity.

The conservative Christian acknowledges that loneliness is an obstacle to achieving a life of happy solitude. But it is more than an obstacle. To recommend that one have only friendships of economy and pleasant company (see, for example, ‘Christian Anthropology and Homosexuality’, J.L. Brugues, 2018, para. 24) is to deny that person the happiness and soul fulfillment of the deep love relationship. To deny someone from realizing the deepest longings of the heart, is not advice that can be abided from the perspective of human happiness. Rather, to urge a whole class of people to remain loveless the rest of their lives is unrealistic, and cruel. To expect someone to give up on happiness, which Aristotle says is the goal of all practical activity, and maintain only pleasant, but ultimately superficial relationships, is unreasonable.

I can think of two main contingencies that would make it possible for one to live a life of long abstinence: the intercession of the grace of God, which makes what is humanly impossible possible; or entry into a religious order.

I recognize that the intercession of divine grace could enable a young person to freely choose to remain loveless the rest of his or her life. But what might be possible via the agency of supernatural help is not something that can be morally expected of the general person, for there is no guarantee that such aid will come. I take it that what is ‘practically feasible’ (in premise 1 of my argument summary) refers to what is generally naturally possible, not what is possible only via supernatural aid.

The second contingency, whereby it may become possible to live a life of chastity by joining a monastic order or the priesthood, is not even very successful at achieving that chastity. As the Benedictine monk and psychotherapist Richard Sipe revealed, at any one time only 50% of U.S. Catholic priests practice celibacy – a finding he came to after “a 25-year study (1960-1985) of the sexual behavior of Catholic clergy” (America magazine: The Jesuit Review, Aug. 17, 2018). This statistic is even more damning if we reflect that presumably members of the priesthood are in the front line to be recipients of transformative grace. If with the help of immense institutional structures and supernatural aid not even they can live up to their own teachings, they cannot reasonably expect a layperson to do so.

Any Christian, or anyone in general, will tell you that you need relationships to thrive; that relationships feed the soul; and that it is through relationships that we are enabled to practice certain virtues. In terms of moral development and psychological health, we cannot do very well without relationships. To be happy we need friendships, and most of us also need a lifetime partnership. We have the desire to be intimately known and loved by another, to be loved despite ourselves (for we are all quite imperfect). Romantic love feeds the soul in a way unlike any other. As the Bible itself says, it brings about a state of being bonded to another wherein one becomes so involved in the life, feelings, and wellbeing of another that the two become ‘one flesh’: you are bone of my bone, flesh of my flesh (Gen. 2:23). This is how the human heart operates in a love relationship. If the spirit of love is breathed in a relationship, then one and one become a one that is a two, bringing about a higher integration of the self in both persons. Both come to know themselves through the other. They enjoy the state of being distinguished by each other, no longer being distinguished by themselves singly.

To expect that people with same-sex attraction live with a cat and Christ alone is usually a recipe for incompleteness, or insanity. A life of being unloved and alone all of one’s days on earth, for the average person, is not possible to will from birth to death. Most people cannot for very long live a life wherein they go to work and then return home to talk to furniture or Kelly Clarkson on the TV. It cannot therefore be morally expected that a whole class of individuals – all gay people – remain loveless their entire lives. This is not humanly possible, and as such, it is hard to see how conservative Christians can continue to insist that their advice for the homosexual be seen as morally obligatory.

Rick Aaron lives in Arizona and spends his free time gardening, reading, trying to play Rachmaninoff, and thinking about the infinite importance of each decision, as Kierkegaard would say.

The Acceptable Face of Philosophy

The Good, The Bad and Theodicy