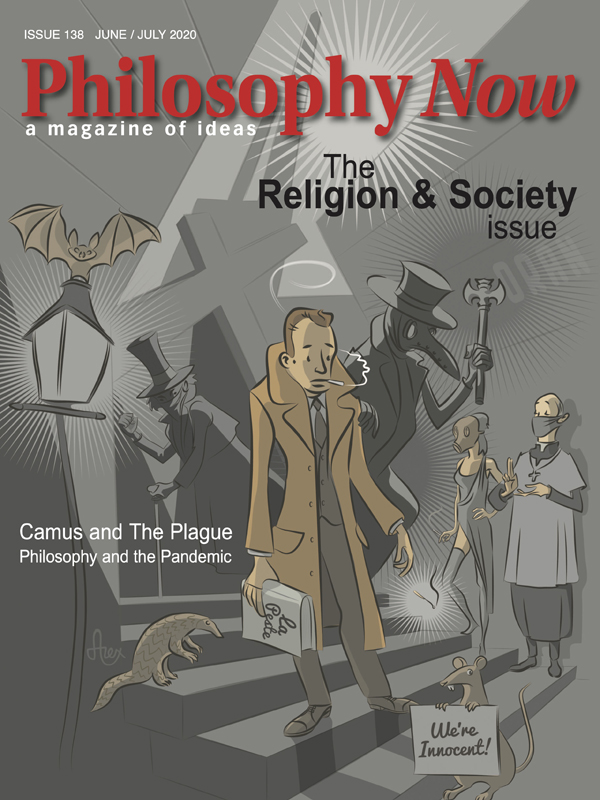 When Tides of Thought Meet

Meaning in the Executive Suite

Ronald Pies sets up a dialogue between science and religion.

Ian Church queries the influence the media has on our perception of evil.

J.R. Davis asks what Thoreau’s experience of isolation can teach us.

Those Who Justify Genocide

Michael McManus asks what remains of morality in the face of genocide.

John P. Irish goes into full Locke-down with a titan of philosophy.

Why Minor Figures Can Be Majorly Interesting

Peter Adamson looks at the value of looking at the overlooked.

Philosophy in the Time of Plague, Part 1

Raymond Tallis has thoughts whilst handwashing. For Max, who is just discovering his hands.

The Subject of Experience by Galen Strawson

The Character Gap by Christian B. Miller

Matt Qvortrup casts Tom Cruise as a Kantian and Jack Nicholson as a utilitarian in this Cold War courtroom ethics epic.

The Power of Argument