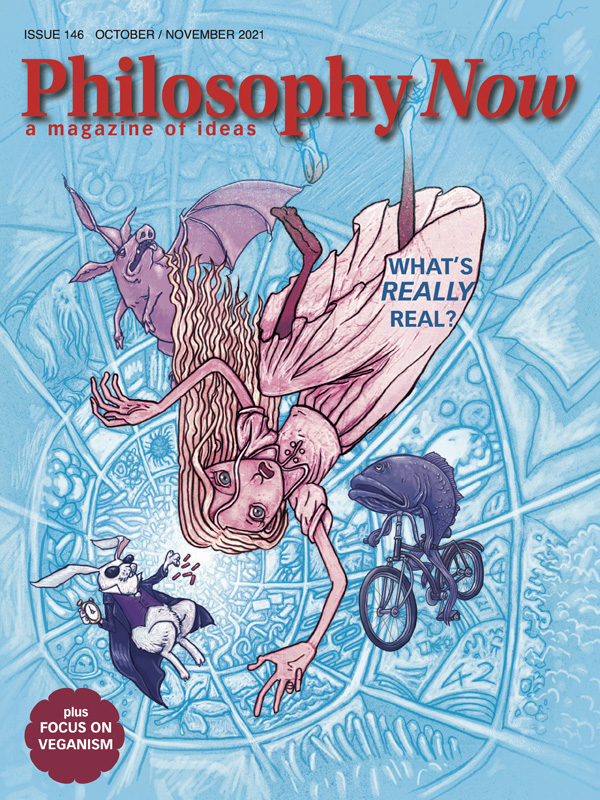 Paul Doolan reveals that the real problem with ‘the real world’ is knowing what ‘real’ really means.

Martin Jenkins uses the virus to test our knowledge of causation.

Brian Morris describes four varieties of Buddhist metaphysics, and questions whether they can form one coherent system of thought.

Is Mathematics in the Fabric of the Universe?

So You Think There are Laws in Nature?

Eleni Angelou eavesdrops on a conversation between a Believer and a Sceptic.

The Philosophy of Japanese Gardens

Sailee Khurjekar says that size matters when it comes to horticulture.

Raymond D. Boisvert considers how the first leads to the second.

Expanding the Original Position to Animals

Chris Belshaw makes the case for rearing animals for their meat and produce.

Charlie White asks, what’s the purpose of moral philosophy? Can it take us to a good place?

Hilarius Bogbinder discovers the surprisingly revolutionary views of one of the Catholic Church”s most revered philosophers.

On Making and Keeping Appointments

Time of the Magicians by Wolfram Eilenberger

All Things are Nothing To Me by Jacob Blumenfeld

‘We’re All Just Rats in Mazes’

Michael Langford says you should be careful what you ask from a genie, or you might get lamped.