Gentle reader, if you have just bought this magazine in the hope of finding tips for attracting a soulmate, then I must warn you that you will probably find it a disappointment. If, on the other hand, you want to understand the nature of love better – it being a central preoccupation of most people at one time or another as well as of art, music, poetry, cinema and literature – then perhaps you might find it more enlightening.

If you think love is about wild, ungovernable passions and philosophy is about the cool use of reason, you might suppose they are mutually exclusive, and hence wonder why a philosophy magazine would devote pages to the subject. But the exact nature of love is a complex, tangled problem and that’s just the sort of problem philosophers like best, which is one reason it has been a subject of philosophical disputes ever since it was invented. Since philosophy was invented, that is. Not since love was invented – that probably goes back a little further. The philosophy of love is concerned with various questions but the biggest, as you’d expect, is: what exactly is it?

I’ve heard it said that love is a word to avoid, because it is used in so many different ways by different people on different occasions, and sometimes they mean everything by it, and sometimes they mean nothing at all: “I love your jacket!” “I love Fridays!” Then there is the love of your parents, your children, your friends. There is the more impersonal love of humanity, of God, of the planet. All this as well as the romantic love celebrated on St Valentine’s Day, and even that means shockingly different things to different folk. But if we abandon the word love then we are left without a basic label for one of the universe’s fundamental forces.

Are there any things we can say about love in general, that apply to all of its specific forms (romantic, parental, etc?). Well clearly it always has some object, though that object can be yourself. Some psychologists say you have to love yourself before you can love anyone else. The novelist C.P. Snow wrote that love is when you want somebody to be happy and you want to be the cause of their happiness; whereas by contrast possessive love is when you want to be the only cause of their happiness. It is often claimed that love is when another person’s wellbeing is more important to you than your own. There seems to be widespread recognition that to love somebody is quite different from merely liking them, even liking them a lot.

In his column in this issue, Seán Moran reminds us that the ancient Greeks had different words for different kinds of love, which seems sensible of them, and maybe reduced the level of confusion a little while recognizing the complexity and variety of human relationships. The best known are the three explained by Moran: eros is romantic, passionate love, philia is intimate friendship, agape is empathetic, universal love. Lesser-known ones include storge, which is unconditional familial love and mania, which means obsessive love! The Greeks clearly thought about love a great deal and with notable precision, and have left an indelible mark on this area of human enquiry. Have you ever jokingly referred to your partner as “my other half’’? If so then knowingly or not you are referencing a theory put forward by a character in one of Plato’s dialogues. That dialogue is the Symposium, which means ‘drinking party’. It is short and highly entertaining, so if you haven’t read it yet do go and find a copy; you’ll enjoy it. In it Socrates and a group of his friends spend the evening drinking while taking turns to explain the nature of love. Aristophanes, the comic playwright, is depicted as giving a boozy speech in which he claims that each human used to have four legs, four arms, and two heads. Zeus, father of the Gods, fretted that we humans were becoming too powerful, so he cut us all in half, and ever since then each human has been passionately searching for their missing ‘other half’. Well, it is a theory. The Symposium also contains a number of more plausible depictions of love, and has been a traditional starting point of philosophical discussions about love ever since. Seán continues that tradition here. 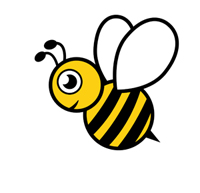 Several of the other contributors to this issue also contemplate love and desire, exploring them using the ideas of past philosophers including Iris Murdoch, Husserl, Heidegger, Spinoza and the thinkers of the Renaissance. Which of these mighty intellects was right about the nature of love? Maybe all of them? Sometimes to really understand something properly you need to look at it from every angle. Take Peter Keeble’s article, for example – he discusses two very distinct approaches to love taken by two very different schools of thought. The phenomenologists Husserl and Heidegger, each in their own way, were interested in what it is like to be in love. By contrast, analytic philosophers such as Gabriele Taylor try to clarify the concept of love and therefore to better grasp how we can talk about it, and what we can say and not say. Both approaches are valid; they complement each other.

Sadly we’ve had to put up our cover price starting with this issue. The energy price crisis has sharply increased the costs of paper, printing and transport, and our printers say they now have no choice but to pass this on to us. I tried explaining to them that according to Jean-Paul Sartre they always have a choice, but it didn’t work. We’ll keep our subscription prices unchanged for now, so please consider subscribing.

What Is This Thing Called Love?

Plato is my dog, yo!: Dogs, Love and Truth

Is Love An Art?

The Fourfold Loves of C.S. Lewis and Benedict XVI