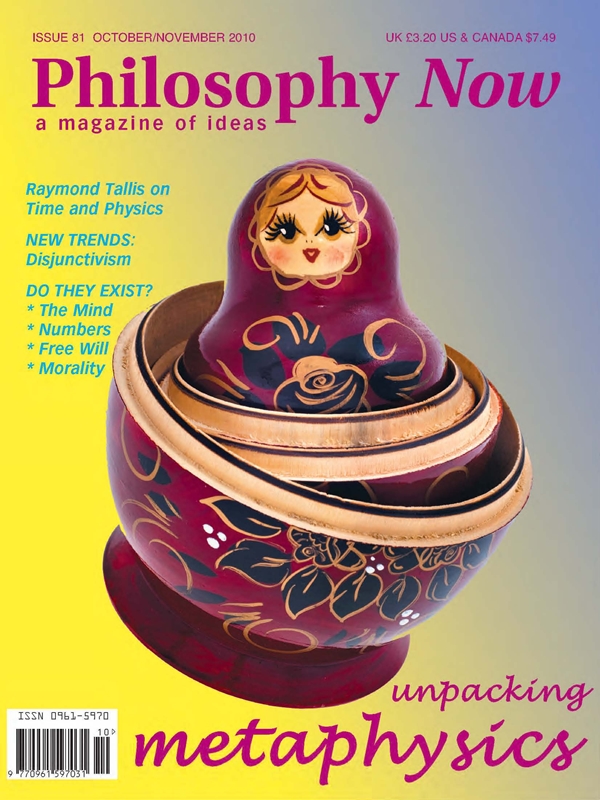 Nicola Webber asks you (and you).

Norman Bacrac lets his brain do all the thinking.

Rui Vieira thinks of a number.

Parsimony (In as few words as possible)

Justin Holme represents his self to you.

Does free will exist? Michael Hauskeller reasons about reasons.

A Plea For (The Philosophy of) Leisure

Alex Sager thinks deeply about what to do with his free time.

Ethics Made Easy: ‘Feel Good, Do The Right Thing’

Roy Turner thinks about being good.

How To Be A Philosopher

Adrian Haddock tells us about one of the most talked-about new approaches in philosophy today.

The following answers to this crucial question each win a signed copy of Mark Vernon’s new book, The Meaning of Friendship.

Lawrence Solum on one of the greats of moral philosophy.

The Paradoxes of Arthur Balfour

Tim Madigan on a Philosopher-Prime Minister.

Raymond Tallis on the ‘Theory of Everything But…’

The Case For God by Karen Armstrong

John Loftus tells us what various fundamentalists get wrong.

What Darwin Got Wrong by Jerry Fodor and Massimo Piattelli-Palmarini

Massimo Pigliucci tells us what Darwin got right.

Sue Rolfe shares her feelings about a theatre installation.